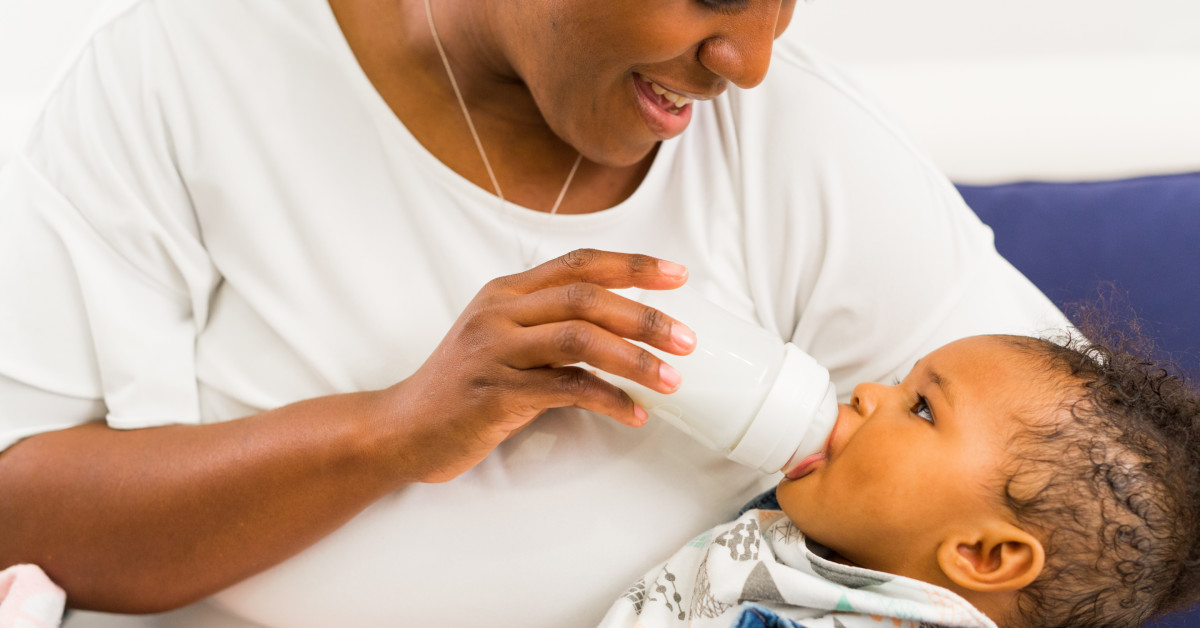 Bottle-fed babies may ingest more than a million pieces of microplastics each day, new research showed on Monday highlighting the abundance of plastics in our food products.

There is growing evidence that humans consume huge numbers of the tiny particles, formed when larger pieces of plastic break down, but very little is known about the knock-on health consequences.

Scientists found that the recommended high-temperature process for sterilising plastic bottles and preparing formula milk caused bottles to shed millions of microplastics and trillions of even smaller nanoplastics.

The polypropylene bottles tested make up 82% of the world market, with glass bottles being the main alternative. Polypropylene is one of the most commonly used plastics and preliminary tests by the scientists found kettles and food containers also produced millions of microplastics per litre of liquid.

Microplastics in the environment were already known to contaminate human food and drink, but the study shows that food preparation in plastic containers can lead to exposure thousands of times higher.

The health impacts are unknown and the scientists say there is an “urgent need” to assess the issue, particularly for infants. The team has also produced sterilisation guidelines to reduce microplastic exposure.

Prof John Boland, at Trinity College Dublin in Ireland, said “we were absolutely gobsmacked” at the number of microplastics produced by the baby bottles. He said:

“A study last year by the World Health Organization estimated adults would consume between 300 and 600 microplastics a day – our average values were on the order of a million or millions.

“We have to start doing the health studies to understand the implications. We’re already working with colleagues to look at what buttons in the immune system these particles begin to press.”

He said many of the particles would simply be excreted but further investigation was needed into how many could be absorbed into the bloodstream and travel to other parts of the body.

“I’ve already gotten rid of all those [food] containers I used to use and if I had young children I would modify how I prepare [milk formula]. The message is the precautionary principle,”

Philipp Schwabl, at the Medical University of Vienna in Austria and not part of the research team, said:

“These findings represent an important milestone. The scale of microplastic exposure presented here may seem alarming, but the real-world effects on infant health require further investigation.”

“We should not be making parents feel bad for using plastic bottles. However, this study illustrates that the microplastics problem is likely much bigger than we think [and] something we need to start really getting to grips with.”

People were already known to consume microplastics via food and water, and to breathe them in. In particular, tea brewed using plastic-based teabags and drinking water sold in plastic bottles have been found to contain microplastics.

Scientists are concerned that microplastics may carry pathogens or toxic chemicals into the body.

Microplastics from plastic waste have polluted the entire planet, from Arctic snow and Alpine soils to the deepest oceans. But Prof Liwen Xiao at Trinity College said:

“Our study indicates that plastic products are an important source of microplastics, meaning the routes of exposure are much closer to us than previously thought.”

The research, published in the journal Nature Food, began with an accidental finding when one researcher who was developing filters found they kept getting clogged with microplastics. These were subsequently traced back to polypropylene lab equipment.

The team followed international sterilisation guidelines to make baby formula in 10 different feeding bottles. This involves sterilising with 95C (203F) water, then shaking the formula powder with 70C water in the bottle.

Both the hot water and shaking steps produced a lot of microplastics, which are far smaller than the width of a human hair. Nanoplastics are so small they are very hard to count, but the scientists estimated trillions were produced per litre of fluid.

The scientists combined their experimental data with rates of bottle-feeding and milk intake in 48 regions, covering three-quarters of the global population. On average, they estimated that babies are exposed to 1.6m microplastic particles a day during their first year when fed using plastic bottles.

The US, Australia and European countries had the highest levels – more than 2m particles per day, due to higher levels of bottle feeding.

“That will dramatically reduce the number of microplastics,” said Boland. “The last thing we want is to unduly alarm parents, particularly when we don’t have sufficient information on the potential [health] consequences. However, we are calling on policymakers to reassess the current guidelines for formula preparation when using plastic infant feeding bottles.”

Other solutions include using glass bottles, though these are heavier for babies to hold and are breakable, and developing tough new coatings to prevent plastics shedding particles.

Boland said plastics were “wonderful” materials with many useful applications:

“So the reality is they’re here to stay and we will have to make them safer and more resilient.”