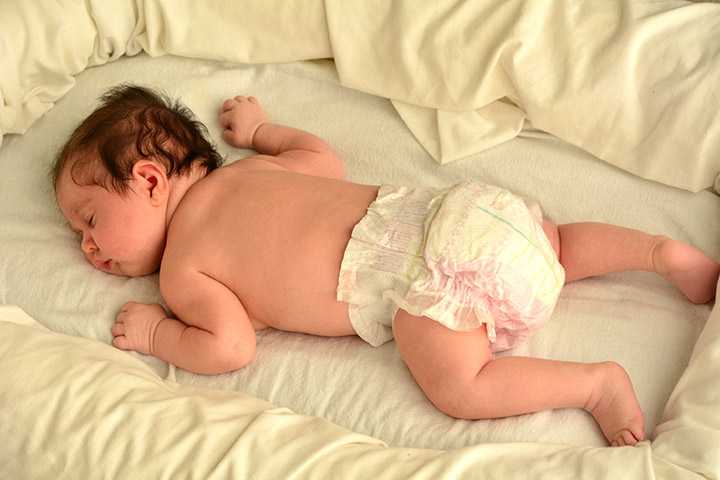 Mothers have been warned against making babies, especially those less than one year, sleep on their stomachs, noting that such a sleeping position makes the babies more susceptible to suffocation, convulsions and sudden death.

According to the maternal and health experts, sleeping on the stomach is dangerous for the infant, especially when the baby remains in that position for a long time.

The experts pointed out that putting babies on their stomachs to sleep comes with a lot of health issues, warning that normal breathing may become compromised, especially when the bed surface is too soft or woollen.

Speaking in an exclusive interview with PUNCH HealthWise, a Consultant Paediatrician, Nephrology Division, Federal Medical Centre, Katsina, Katsina State, Dr. Abdurrazzaq Alege, says sleeping on the stomach has been found to be related to various ailments in infants, the major one being Sudden Infant Death Syndrome.

Other ailments associated with making babies sleep on their stomach, according to him, include breathing difficulty and misshapen head, stressing that as important as the duration of sleep is, so also is the sleeping position and the sleeping space and environment.

“All the problems listed above have been associated mainly with stomach-sleeping for babies. Stomach or tummy sleeping for children less than one year is not good because it can be very stressful for the baby especially when the baby remains in that position for a long time.

The nostrils may become partially or completely blocked, thereby reducing oxygen supply to the brain. This may lead to suffocation, convulsions and possibly death.

Although SIDS is not well reported in developing countries like Nigeria, evidence from the developed countries has shown that the incidence of SIDS reduced by 33 per cent when children were placed on their back to sleep.

But despite this reduction by sleeping on the back, we still get reports of sudden death in infants in some cases.

Therefore, other factors still contribute. These include the sleeping environment, especially if the bedding is too soft and the material interferes with breathing.”

The paediatrician noted that it is important first for mothers to understand that most children less than one year cannot easily change position while sleeping.

“Also, it is not good to place the child on the side because this is very unstable. The child most times ends up lying on the stomach after some time, unless the mother actively supervises this, which may be cumbersome or tiring for her.

“Also, lying too long on the side allows the head to remain too long on that side. This can result in misshaping of the head and can explain why some babies often have abnormal head shapes, such as box-like, etc.

“While we don’t advocate tummy sleeping for the baby, a situation where it is allowed is when the baby is placed face down on the mother’s stomach to sleep. In this situation, it is safe because the mother can easily detect when the baby becomes uncomfortable or is having breathing difficulty.

“But the truth is that some mothers even sleep off with the baby on their tummy and the child may roll away and even get injured from a fall. So this may also be detrimental in the long run,”

Alege also said that the common belief that children placed on their back to sleep will have stomach upset, regurgitate and aspirate foods, or choke, is false.

Studies, he said, have shown that some of the infants who died from tummy sleeping had their lungs filled with gastric fluid or vomitus, showing that they aspirated.

According to him, stomach upset has also not been reported to stop with tummy sleeping. He noted,

“Sleeping on the back, rather, has more health benefits, such as reduced risks for ear infections, stuffy nose, and fever.

“The recommended sleeping position is “the back to sleep”, otherwise known as the “safe to sleep” position.

Why Paediatricians Warn Mothers Against Putting Honey In Baby’s Mouth

“This was first recommended in 1992 by the American Academy of Paediatrics, while the campaign started fully in 1994.

“Also worthy of mention is that stomach sleepers tend to have reduced blood pressure and poor heart rate control.

“Therefore, the general advice is to put the child always on his or her back while sleeping in the crib, especially during the infancy period. Note that the risk of sudden death is very low after one year of life.”

ALSO SEE: Study: Not All Moms Are Following Safe Sleep Practices For Their Babies | Find Out The Recommended Safe Sleep For Your Baby

Alege also counselled mothers to desist from not sharing the same bed with their babies, warning that such practice also carries some health risks, as the baby may fall off from the bed unnoticed.

The American Academy of Paediatrics recommends that babies sleep in the parent’s room for at least six months.

According to the AAP, this simple practice has shown to significantly reduce the rate of sudden infant death syndrome.

Also speaking with PUNCH, a Lagos-based midwife, Ijeoma Igim, reiterated that mothers should always place their baby on their back to sleep and not on their stomach or side, noting that studies have indicated that sleeping on the stomach is dangerous and unhealthy. She said:

“Researchers have established the link between stomach sleeping and SIDS by showing that babies who died from SIDS were more likely to be put to sleep on their stomachs, compared to babies who lived.”