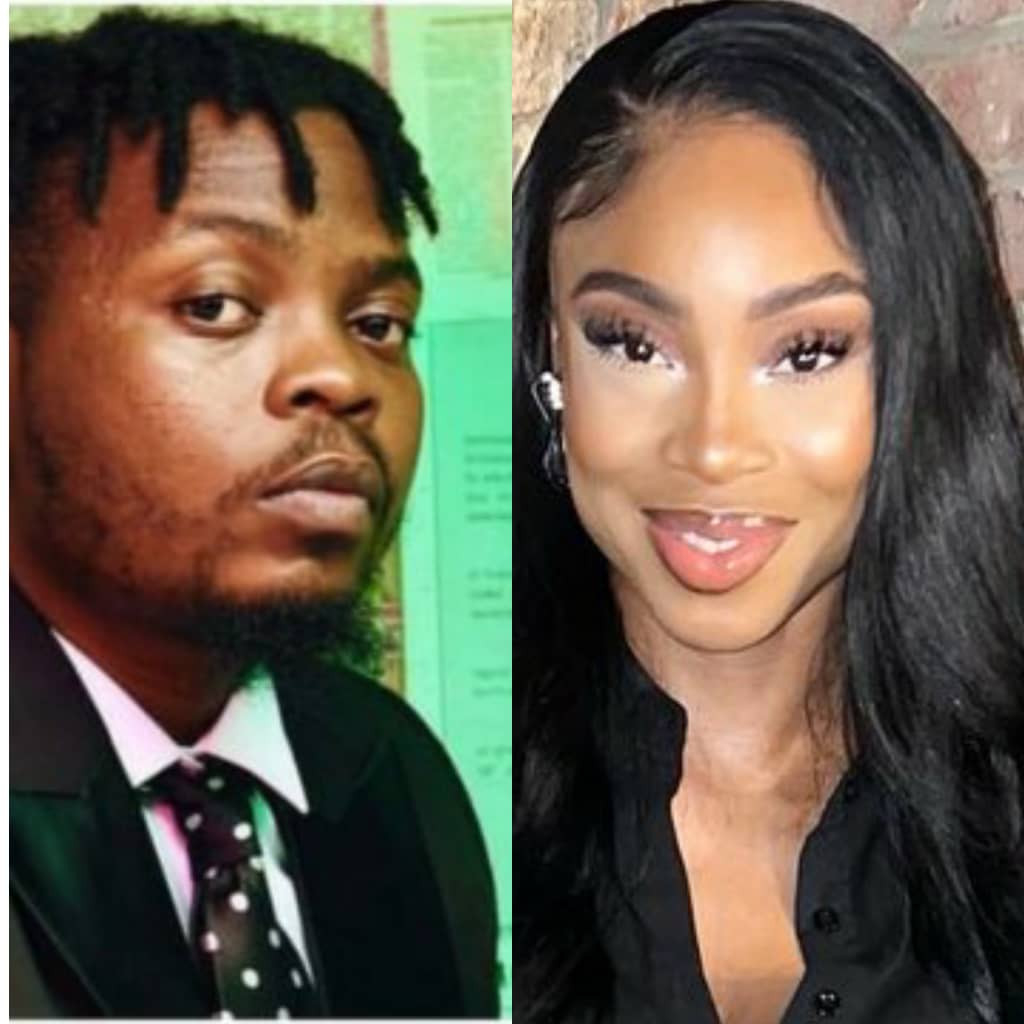 Nigerian Mom, Sophi Shares The Hard Lessons She Has Learnt After Divorce

Nigerian music star, Olamide’s baby mama, Maria Okan has made more revelations about her soured relationship with the singer.

Okan had earlier shared the story of her struggles on her social media pages. She shared a video in which she revealed that she has been solely responsible for her daughter which she named Asaiah Monifé Maria Okanrende‘s, upkeep.

The mom-of-one said she was halfway through her high-risk pregnancy when she discovered she would be raising her child alone. She said she relocated to the UK, started her career from scratch and is today a producer and presenter.

However, her story which insinuated that Olamide abandoned her to take care of the baby alone, didn’t really go down well with some of his fans, and they didn’t hesitate to express their displeasure and disappointment.

“She collected money from Olamide for the supposed abortion, resigned from Beat FM and left for London. However, on getting there, she decided to keep the pregnancy.

Her action caused an imbroglio between the erstwhile lovers due to the sudden breach of agreement.

But then, don’t forget Olamide had a fiancée, Bukunmi, at the time of the incident. Bukunmi was also pregnant, and seeing that the situation won’t change and it was getting messier, Olamide opened up to his then pregnant fiancée, Bukunmi.”

Reacting to this, the OAP disclosed that Olamide, who is now married to Bukunmi, didn’t give her any money for abortion as circulated online.

SEE ALSO: Rapper Olamide’s Baby Mama, Maria Okan Recounts How She Realised She Was Going To Be A Single Mum Months After Getting Pregnant

“Your trolling comments, death threats and insults all these years have meant nothing lol. We are doing well, we are healthy, we are making money and we will continue to elevate.

And for the record, no one gave me any stinking money for an abortion. As a mother, when you carry a child and deliver her by the Grace of God, you will know how insulting this is and has been.

At the time those nonsense stories came out, I chose to focus on delivering my child since I had a high-risk pregnancy and a fibroid that practically exploded a few months in. But as she is safe and sound now, there’s no pressure. We thank God.”

In an update shared on her Twitter handle this morning, Maria, 32, stated that she never offered money, neither did she ask or receive money to murder a child.

”Good morning.  I was never OFFERED, I never ASKED, nor did I RECEIVE money to murder a child. I heard that story for the 1st time when you all did – when I was 8 months pregnant. You say I made the wrong choice to carry life, and I should’ve opted for murder? Pele. I love motherhood.” 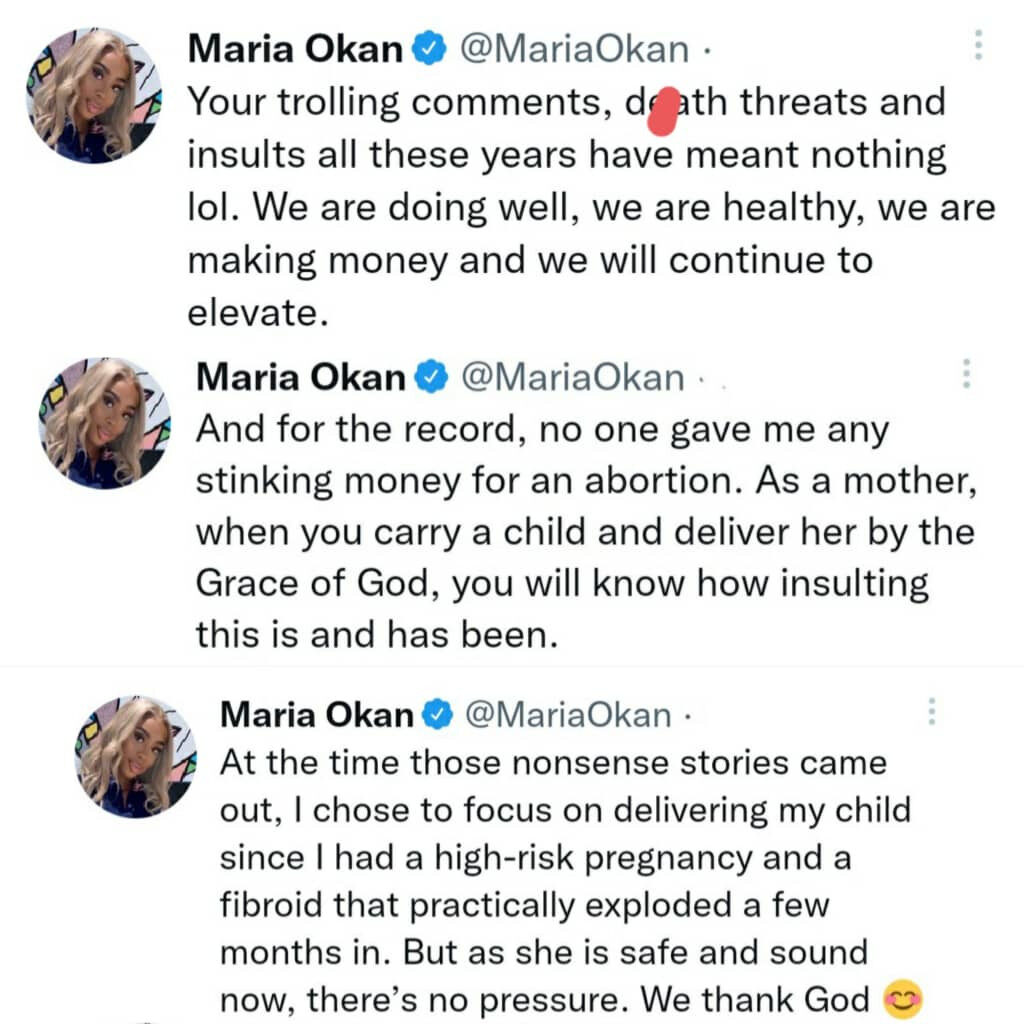 Recall that Okan’s pregnancy broke the internet back in 2019 and the buzz was massive.

The MTV Shuga actress had entered into a romantic relationship with Olamide with the belief that he was single and separated from his baby mama.

“Olamide told her he was single that’s why she began a relationship. They loved each other,” the source revealed back in 2019.

However, the love affair began to fade away when Maria found out that the YBNL boss was still with his baby mama and long-time partner. According to reports, the actress moved out of the country while she was pregnant.