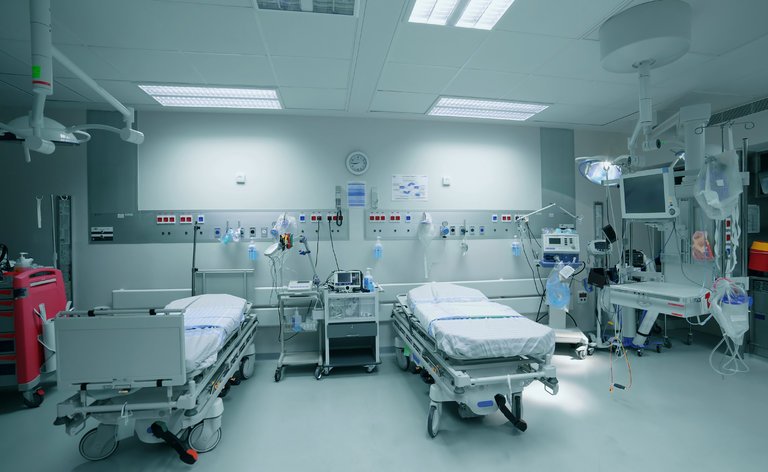 Nigerian Soldier, Emmy Benison Cries As His Girlfriend Secretly Wedded While He Is Away Fighting Boko Haram

A woman said to have been in a vegetative state for at least a decade at a private health care facility in Phoenix, Arizona, reportedly gave birth recently, triggering a police investigation to unravel the mystery of how she got pregnant in the first place.

According to reports, a near-drowning experience had left the woman in a persistent vegetative state for nearly a decade, her identity hasn’t been reported, and it’s not known if she has family or a guardian.
Her entire world consisted mostly of a room at a Phoenix Hacienda HealthCare facility where she received round-the-clock care. So, when she went into labour a few days after christmas, her caretakers were perplexed.

Sources quoted in the reports said the woman was heard to be moaning and that the baby’s head was starting to emerge when a nurse came in.

“None of the staff were aware that she was pregnant until she was pretty much giving birth,” azfamily.com quoted a source familiar with the situation as saying. That person said the baby was said to be alive and healthy.

Following the azfamily.com report, Hacienda Health Care and state officials issued brief statements about the situation, expressing concern and describing reviews being conducted and steps being taken. But they did not specifically confirm the reported pregnancy and birth.

A Phoenix Police Department spokesperson, Sgt. Tommy Thompson, said only that the “the matter is under investigation.”

READ ALSO:African-American Comedianne, Tiffany Haddish Recounts How She Got Raped And What Went Down Afterwards

But amid the scandal that has engulfed it in the first week of the new year, the organization has released two statements, vowing to determine what happened.

“As an organization, Hacienda HealthCare stands fully committed to getting to the truth of what, for us, represents an unprecedented matter,”

David Leibowitz, spokesman for Hacienda HealthCare, said in a statement.

The statement added that Hacienda is

“already conducting a comprehensive internal review of our processes, protocols, and people to ensure that every single Hacienda resident is as safe and well cared for as possible.

Anything less than that is unacceptable to our team, our company’s leaders and the communities we serve.”

Hacienda said in another statement, that, it was co-operating with law enforcement and reviewing its security protocols after becoming aware of the disturbing incident, it said;

“While federal and state privacy laws prohibit us from publicly discussing a patient’s health or case, Hacienda has and will continue to co-operate fully with law enforcement and all the relevant regulatory agencies regarding this matter,”

Hacienda’s website said it serves infants, children and young adults who are “medically fragile” or have developmental disabilities.

For those that protect rapists, “She should have dressed better, she was flirting so she was asking for it”, what will you say this time?