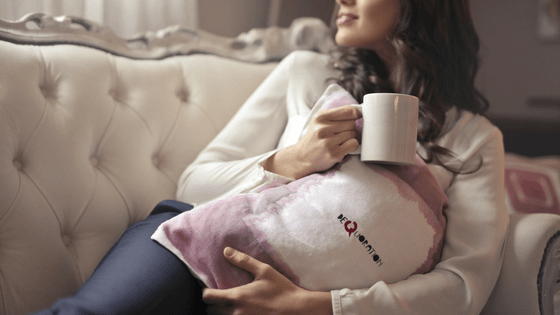 Fibroid awareness means knowing more about an extremely prevalent gynecological condition. It is estimated that as many as 77 percent of women of childbearing age could have the condition without knowing it. Eighty percent of all women will develop fibroids by age 50. That number spikes to nearly 90 percent for African-American women, who are three times as likely to be negatively affected by the condition. For many African-American women, larger fibroids with heavy bleeding can develop at a younger age.

The staggering number of women with fibroids means that this should be one of the best-understood conditions, and yet, so many women are unsure about how it can affect their lives.

READ ALSO: All You Need To Know About Fibroids: Symptoms, Treatment & Diagnosis

What Are Uterine Fibroids?

Uterine fibroids are tumors or lumps made of muscle cells and other tissue that grow within the wall of the uterus.  They are the most frequently (20-50%) seen tumors of the female reproductive system and are also benign in nature, in other words, they are not cancerous.

Fibroids may grow as a single tumor or in clusters. A single fibroid can be less than 1 inch in size or can grow to 8 inches across or more. A bunch or cluster of fibroids also can vary in size.

Where Do Uterine Fibroids Grow?

Experts put fibroids into three groups based on where they grow:

What are the symptoms of uterine fibroids?

Many women don’t feel any symptoms with uterine fibroids. But fibroids can cause the following:

Currently, little is known about what causes uterine fibroids. Scientists have a number of theories, but none of these ideas explains fibroids completely. Most likely, fibroids are the end result of complex factors interacting with each other. These factors could be genetic, hormonal, environmental or a combination of all three.

Who Gets Uterine Fibroids?

Most of the time fibroids grow in women of childbearing age, but can be found in women of all ages. Researchers now recognize several risk factors for uterine fibroids:

How Are Fibroids Diagnosed?

Usually, fibroids are found by abdominal or pelvic examination or pelvic ultrasound. To confirm a diagnosis, your health care provider may use imaging technology such as ultrasound, magnetic resonance imaging (MRI), X-rays or a CT “cat”- scan. Sometimes the only way to confirm the diagnosis is through surgery.

How Are Fibroids Treated?

There are several factors to consider when recommending treatment for fibroids.

If a woman has many symptoms or feels pain often, medical therapy may be considered.

If a woman has moderate symptoms, surgery may be the best form of treatment.

Do Fibroids Lead To Cancer?