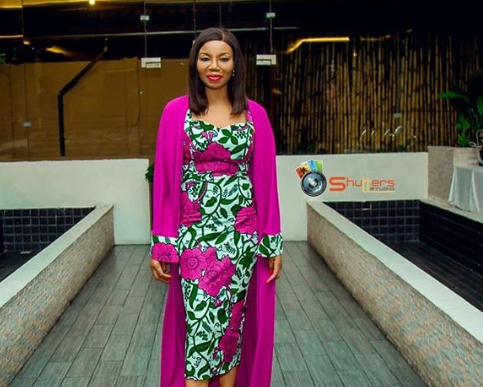 The 62-year-old mom-of-three who has many times shared that she suffered chronic depression stated in her new Instagram post that the hurts/abuse women (both married and singles) suffer in their homes (father’s house and marriage) run so deep and become the catalysts that spiral into a complete melt down.

While we do not have any control over who our biological fathers are, we have control over who we marry. She urged single men and women to be more discerning about who they decide to marry, adding that we must protect our mental health space at all cost.

”On my book tour journey across Nigeria, I have found that the common thread when we talk about mental health triggers are FATHERS, HUSBANDS. Some hurts/abuse run so deep and become the catalysts that spiral into a complete melt down.

While we do not have any control over who our biological fathers are, we have control over who we marry. We need to be more discerning about who we decide to marry. Many people stay in poisonous relationships because “I don’t have a choice, I have no where to go, what about my children”? I can’t judge what I don’t understand. Hmmm.

I would however like to salute the lady who after years of marriage discovered she was married to a man of very dubious means and left him. “I took my children and ran away”.
At the end of the day we have to choose our sanity over everything else.

The lady whose father was the source of her mental health trauma said “I loved him so much but he always said mean things to me. He taunted me since I was 17 and when I got married he taunted me for not having children.

I once tried to commit suicide by hanging myself with his belt to punish him, but my sister found me in time”.. I told her: sometimes it’s ok to love people from a distance.” We must protect our mental health space at all cost.”

Across Africa, mental health is stigmatized, people are mocked, laughed at or not taken seriously if they speak up about their feelings. While the narrative has been encouraging people to speak up, their support system have not been sensitized on how to offer support to them. Betty hopes to provide the much-needed sensitization for sufferers and their support system.