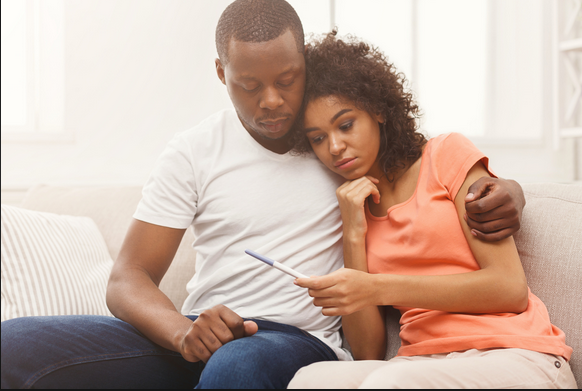 Infertility is something that is all too common in this day and age. However, the high rate of infertility amongst couples in Nigerian has been linked to the consumption of heavy metals through the food we eat and our environment.

Heavy metal is any metallic chemical element that has a high atomic weight, a high density up to five times than that of water, and for which exposure is toxic or poisonous at relatively low concentrations once above certain limits.

As trace elements, some heavy metals (copper, selenium, zinc) are essential to maintain healthy metabolism of the human body. However, at higher concentrations, they cause toxicity and its attendant side effects.

Heavy metal poisoning is the accumulation of various heavy metals in your body. Environmental and industrial factors expose you to high levels of heavy metals every day, including the foods you eat and air you breathe.

Heavy metals have a lot of useful applications in the agricultural, medical, industrial, and technological sectors. They also have a wide range of domestic use – in homes and offices. For this reason, Heavy metal distribution is now widespread in society, and this has a lot of impact on public health.

Sharing an encounter with one of his patients, Professor of Anatomy/Consultant Reproductive Endocrinologist, Prof. Oladapo Ashiru, said:

”Mrs F. O. came with her husband to our fertility clinic about five years ago due to their inability to conceive. All the five attempts of in vitro fertilisation with the transfer of good grade embryo at 8-cell grade A or Grade A blastocysts resulted in no pregnancy or miscarriages at about eight weeks.

In many cases, we would see the gestational sac, but the heartbeat would not come up at the right time. Eventually, she would have to go through the evacuation of the retained products of conception. She had been driving barefoot, and the rubber lining on the pedals contain a heavy metal called antimony that is embryotoxic.

A number of our patients experienced similar situations. Eventually, we convinced them to do a bioenergetics testing, and it revealed the presence of heavy metals. In one case it was a high load of a heavy metal called antimony, in another a heavy metal called mercury, and some had titanium, lead and more. Once the heavy metals were removed through the process of chelation by the Mayr protocols, they became pregnant.”

Below are some conventional means by which humans come in contact with heavy metals:

Additionally, some old houses have lead pipes as primary plumbing material used during the building. Water running out of such pipes can contain lead in unusual amounts. Furthermore, general air pollution these days cause a lot of acid rainfall. The contaminated rainwater is absorbed into the soil and releases heavy metals into streams, lakes, rivers, and general groundwater.

READ ALSO: The Reason for High Rate of Infertility in Nigeria Will Surprise You – Expert Report

The reproductive system is one of the most prevalent organs to bear the brunt of long-term exposure to heavy metals. As environmental toxins, heavy metals affect the fertility and fecundity of both males and females.

READ ALSO: 5 Things Women Dealing With Infertility Need to Stop Doing to Themselves

Asides from the effects on the couple desiring fertility, these heavy metals could also harm the growing baby, leading to foetal abnormality and congenital disabilities such as cleft lip/palate, and osteogenesis imperfecta. The growth of the child may also be impaired both physically and mentally.

It is advicable for intending parents to avoid sources of heavy metal contamination and also undergo a medically supervised detoxification programme, which aims to rid the body of these heavy metals through chelation and efficient excretion.

Mayr detoxification programme inculcates heavy metal chelation and excretion therapies, ensuring that couples intending to achieve conception can have a fewer things to worry about.