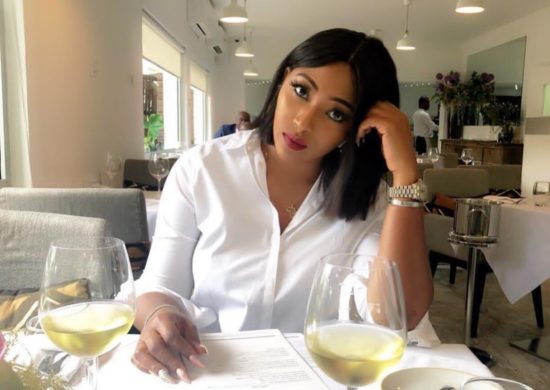 Celebrity mum Lilian Esoro has shared highlights from a recent conversation she had which centered on failure and success. The actress gave peculiar insight into the dynamics of the two extremes and according to her, the people she was conversing with were in disbelief when she told them to “double their rate of failure” if they hoped to be successful.

The mum-of-one said failure isn’t the enemy of success at all and advised that people see failure as a blessing in disguise and a lesson to learn and grow from.

“I was having a discussion the other day, and somehow we got talking about success and how to sustain and handle certain situations.

And I said there really isn’t any formula for success! It’s quite simple, really: Double your rate of failure.

They go huh? I’m like that’s the problem…. You are thinking of failure as the enemy of success. But it isn’t at all.

MOTIVATIONAL: ‘I Was A Perfect, Healthy And Beautiful Kid Until …’ -Physically Challenged Nigerian Pharmacist, Blessing Tells Her Story

See failures as a blessing in disguise, a lesson you learn n grow from. It’s your decision at the end of the day.

You can be discouraged by failure or you can learn from it, so go ahead and make mistakes. Make all you can. Because remember it’s in the failures and mistakes you find success.”