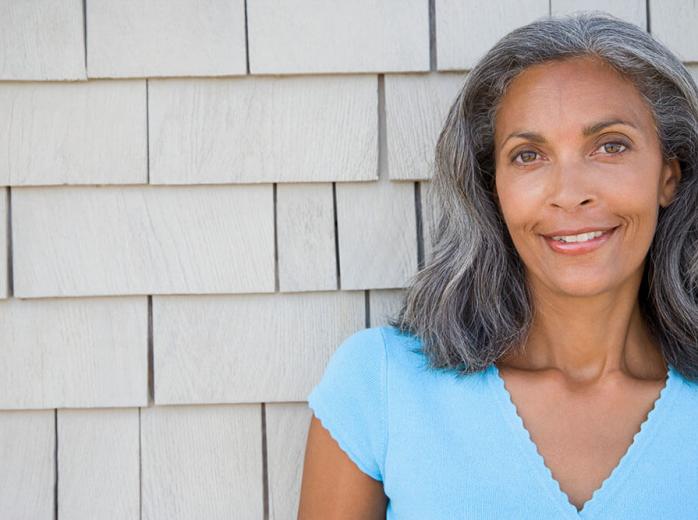 Menopause occurs when a woman stops having periods and can no longer fall pregnant naturally. It is a natural part of ageing, which occurs in women between 45 and 55 years old.

However 1 in 100 women can experience menopause before the age of 40, which is known as premature menopause or premature ovarian insufficiency.

According to NHS advice, symptoms can begin months or even years before your periods stop and last around four years after your last period. Premature or early menopause can occur at any age, and in many cases, there’s no clear cause.

Well, according to a new report, women can now delay their menopause by up to 20 years with a new 30-minute operation that tricks their biological clocks into thinking they are much younger than they are.

The ground-breaking procedure is set to transform the lives of thousands of women who suffer severe side effects of the menopause, such as osteoporosis and heart problems.

For millions more, the appeal of delaying the menopause would be a reduction of often debilitating physical and emotional problems such as hot flushes, a reduced sex drive, night sweats and mood swings.

The surgical procedure, devised by the fertility expert who pioneered IVF, also has the potential to extend fertility – though doctors say the aim is to postpone the menopause rather than give women the chance to have babies into their 60s.

According to The Sunday Times, nine British women, aged between 22 and 36, have already undergone the surgical procedure, which involves the removal of a piece of one of their ovaries. 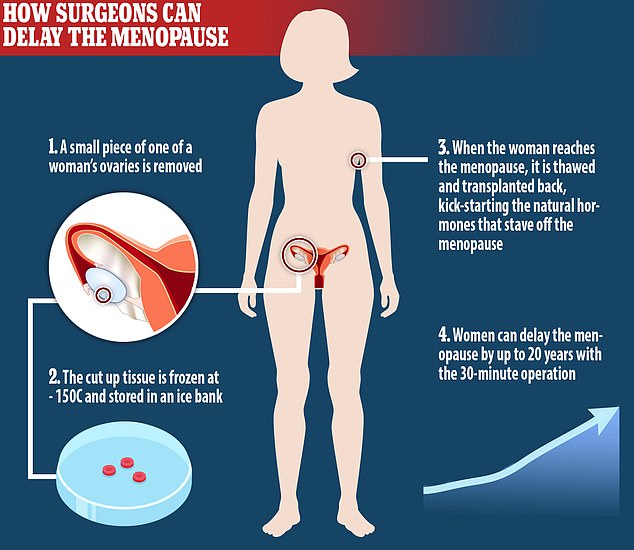 One of the women to undergo the procedure is Dixie-Louise Dexter, from Woodville, Derbyshire. She called the experience ‘life-changing’.

The 33-year-old had been diagnosed with endometriosis at the age of 20 and underwent a hysterectomy last year. She underwent the operation at the same time as having the pioneering menopause treatment, and had her ovarian tissue immediately placed back inside her.

SEE ALSO: ‘I Am Now In Menopause’ – Angelina Jolie Shares She’s Had Her Ovaries Removed

As a result, she claims she no longer suffers from side effects such as pain, mood wings and a bad night’s sleep. She told The Sunday Times: 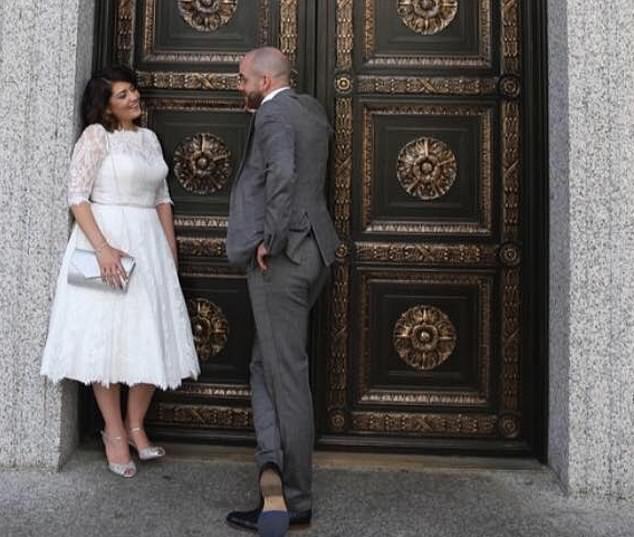 She underwent a hysterectomy last year alongside the pioneering menopause treatment. As part of the procedure, the tissue is frozen at minus 150C and stored in an ice bank.

When the woman reaches the menopause, it is thawed and transplanted back, kick-starting the natural hormones that stave off the menopause.

The procedure is currently only available at the Birmingham-based private company ProFam (Protecting Family and Menopause), which is run by Professor Simon Fishel, an IVF pioneer whose work led to the birth of Natalie Brown, the sister of the first test-tube baby, Louise Brown.

One of the nine patients who has undergone the procedure said she wanted to avoid having to take HRT medication in the future.

”I have to say I never felt any pain, and it seems quite miraculous that it’s something so straightforward,” said the 34-year-old married mother-of-one.

”Women are living longer than at any time in human history. It’s quite likely that many women will be in the menopause for longer than their fertile period. We are empowering women to take control of their own health by naturally delaying their menopause.”

A version of the technique called ovarian tissue cryopreservation has already preserved fertility in women starting treatment for cancer.

However, ProFam is the first to offer women free from disease the chance to freeze their ovarian tissue to delay their menopause, which happens when levels of the hormone oestrogen fall as a result of ovaries no longer producing eggs. Professor Fishel stated:

”We are at a fascinating point in the evolution of our species, but particularly in relation to medical care where remarkable things are happening. Now we can start to offer something to a younger generation of women that’s never been available before.”