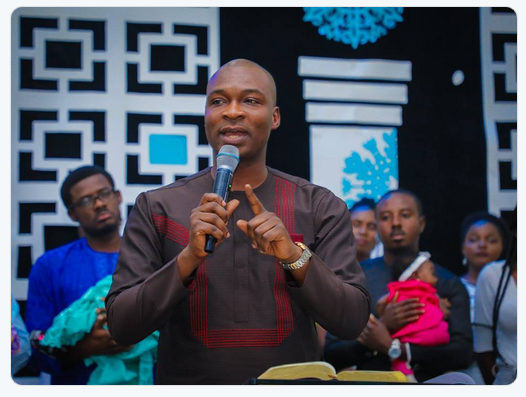 New Research: Why You Shouldn’t Make Major Decisions On An Empty Stomach

In a recent post on his Twitter page, the married dad revealed why it is important for young people who have set sights on marriage to marry their mates. The preacher went on to list the six kind of mates one should opt for when considering marriage.

Marry someone you can speak together and understand each other. Communication is very crucial in marriage. Don’t marry someone that, when you are saying ‘A’ he or she will be saying ‘ Z’ Once there is dichotomy in your speaking and understanding level, you can’t enjoy that marriage.

By this I mean, marry someone you can learn together and improve together. Don’t marry ‘ Mr Know all’ or ‘Miss Know all’. Don’t marry someone who is rigid and not open to new ideas, new ways of doing things, or new innovations. Marriage is a great institution. From day one till death do you part, you will keep learning. Marry your ‘school’ mate; someone who is ready to learn with you.

Marriage is not just a social union. It is also a spiritual union. Marry someone who knows the same God you know. Don’t marry someone who’s believe of God is different from yours.

Two can’t work together except they be agreed ( Amos 3:3, Joshua 23: 11-15, 2 Corinthians 6:14-18). The spiritual controls the physical, even in marriage. Check for spiritual compatibility in that person you want to marry.

Don’t marry someone who is stingy. There are so many expenses to cater for in marriage. A stingy guy in courtship won’t suddenly become a generous husband in marriage. Don’t marry a lady that has the financial philosophy of ‘ My husband’s money is our money, but my money is my money’.

Marriage Coach, Ohis ‘The Winlos’ Ojeikere Tells Us How He Handles Challenging Times In His 9-Year Marriage With Wife, Anwinli

A spiritual being is also a sexual being. No matter how spiritual you both may be in your marriage, you won’t be praying for 24 hours in a day. You won’t be reading the Bible or worshiping God 24/7.

You will have sex! You will romance! You will flirt with each other! You will make babies. So, marry someone you can connect with sexually. It will help you to enjoy your marriage so much!

The promise of God for you is this : ‘Seek and read from the book of the LORD: Not one of these shall be missing; none shall be without her mate. For the mouth of the LORD has commanded, and his Spirit has gathered them.’ (Isaiah 34:16). Say it loud and clear ‘ I shall not lack a mate!’ I hope this blessed someone reading?