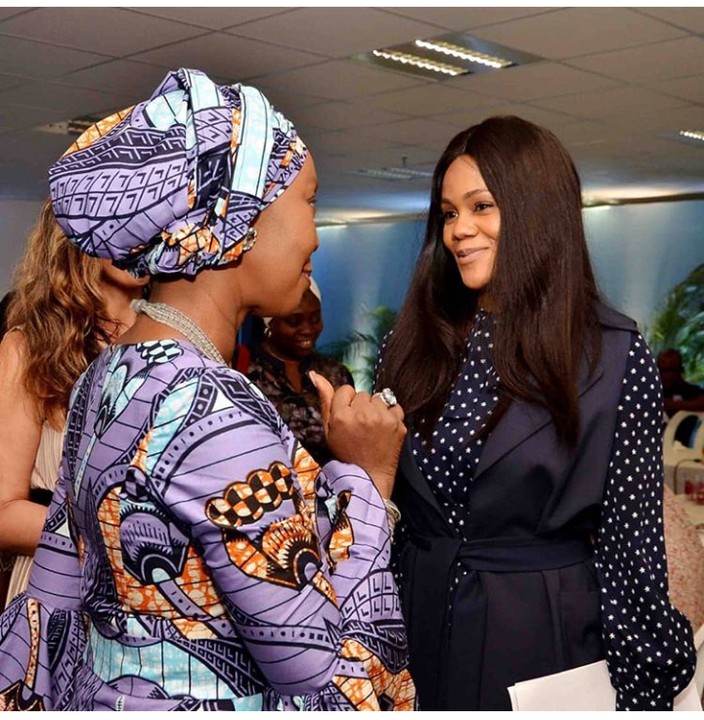 Toyin Saraki, the wife of Nigeria’s immediate past senate president, Bukola Saraki,  has bared her mind on what she thinks of celebrity photographer and mum, Busola Dakolo’s revelation that she was raped and sexually assaulted by the flamboyant senior pastor of COZA, Biodun Fatoyinbo. Recall that in June of this year, Busola shockingly revealed in an emotional tell-all interview that she was sexually abused by the pastor as a teenager. Read here.

While the mum-of-three received overwhelming public support, she faced criticisms and backlash quite significantly as well. In a new development, Toyin Saraki who recently hosted the mum-of-two shared in an Instagram post that it would be near impossible to create a world with zero gender-based violence if we do not acknowledge the scale of the problem that we face today.

According to Toyin, women typically face backlash for daring to mention their plight and women in West Africa particularly face great fear about speaking out about their sexual abuse encounters.

#MondayMotivation #Courage #IfNotNowWhen ⠀⠀⠀⠀⠀⠀⠀⠀⠀⠀⠀⠀
Every woman and girl, every person has the right to speak up, seek solace and justice when dignity and rights are threatened.
⠀⠀⠀⠀⠀⠀⠀⠀⠀⠀⠀
It was a pleasure to host you, @BusolaDakolo, during last Monday’s High-Level Roundtable in partnership with @unfpa. We will not be able to create a world with zero gender-based violence if we do not acknowledge the scale of the problem that we face today.
⠀⠀⠀⠀⠀⠀⠀⠀⠀⠀⠀
To quote a recent New York Times Article entitled, Nigerian Women Say ‘MeToo.’ Critics Say ‘Prove It.’ – ‘Many women who have come forward in recent months have also experienced a fierce backlash, including attacks on their reputations and accusations that they’ve lied about the assaults.

While their critics say they are merely applying appropriate skepticism to unproven allegations, their supporters say that the hostile reaction reveals just how difficult it is for women in the region to speak out about abuse.’
⠀⠀⠀⠀⠀⠀⠀⠀⠀⠀⠀
’The backlash has hit women in many countries, including Europe and the United States. But survivors in West Africa say they feel a particularly immense fear — of shaming their families, of scaring off potential husbands, of taking on the region’s most powerful institutions.’