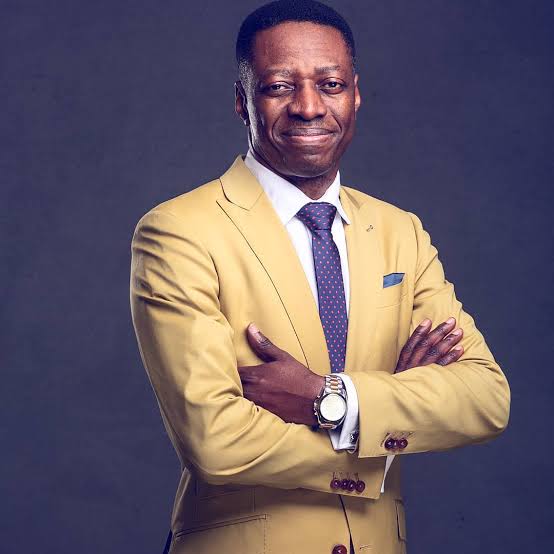 Popular Lagos pastor, Sam Adeyemi, has gotten many talking after he took to his Twitter handle to share the upsides of being married.

Adeyemi who is the Senior pastor of the Daystar Christian Centre, in his Twitter update advised married couples to resolve their issues quickly, and to focus on the many perks of being married,  including better sex.

Pastor sam who has been married to his wife, Nike, for 26 years, in the post advised couples against abusing each other, while enjoining it on them to cherish and love each other.

According to the cleric, better sex, better decision-making and better raising of children are a few of the many upsides of marriage. 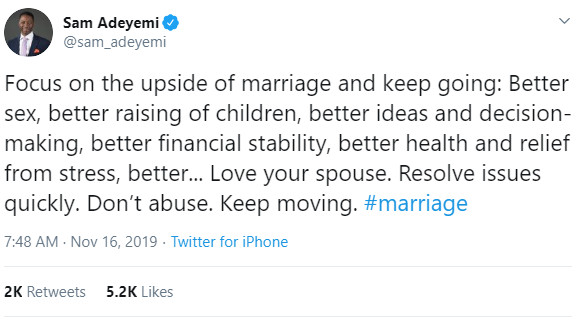