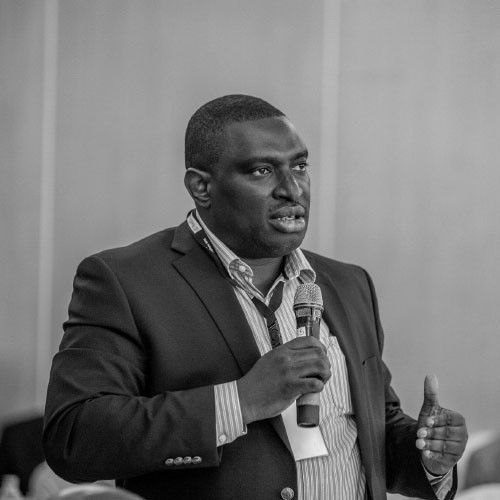 Late OAP, Tosyn Bucknor’s Husband Remembers Her With Touching Poem One Year After Her Passing

Nigerian techpreneur and dad, Victor Asemota took to Twitter to speak about the power of forgiveness. The concept of seeking and offering forgiveness is one that has helped him surmount the many obstacles of life that showed up on his path through the years. ‘Big chief’ as he is sometimes called narrated how he had to apply same principle before he was able to meet his wife.

He revealed yhst he sought forgiveness from God and from every girl he had been with and had wronged. He then went celibate for almost two years, after he had promised God never to return to his old ways. It was after he had done all that, that he met his beloved wife with whom he shares a happg family.

READ ALSO: Seasoned Life Coach, Iyanla Vanzant Reveals Why She Chose To Forgive Her Ex-Husband & The Two Things That Made It Possible

He advised his followers to forgive those who wronged them and to also ask for forgiveness when they wrong people. He went on to reveal how the ability to forgive has helped him in business and opened doors of blessings for him.

“I was so broke once and had 10 Naira left and nowhere to turn as I was owing for everything including my car. Had to survive on 20k monthly after car and salary payments. I just prayed. Used words in Psalm 37:25. Asked for my parents sake. Instantly a long-standing debt was paid.

It was crazy! I bought a plane ticket that morning and left for South Africa that night to meet the person who had delayed the payment that was made miraculously. He ended up giving me the biggest deal of my life then. Timing was everything. I believed I got money for a reason.

I could have hated the guy but I didn’t. I decided to show gratitude for the little he did to pay what had been outstanding for almost a year. Got him a Nigerian souvenir to thank him. A caftan which he treasures till today. We became great friends. Love is the way out of pain.

I have always forgiven people who wronged me and two things happened, I was blessed more and they were made aware of the blessing. Even with personal relationships. From romantic breakups to broken friendships. I always forgive and move forward. It is in the Lord’s Prayer.

I also learned to ask for forgiveness too. I learned to remove pride. Before I met my wife, I had to go celibate for almost 2 years and apologized to every girl I had wronged. I asked them for forgiveness. I decided never to lie after that or cheat on women. My life changed.

I still struggle with pride and forgiveness as a human but I always try to acknowledge it. There is freedom from knowing your weaknesses. “

I was so broke once and had 10 Naira left and nowhere to turn as I was owing for everything including my car. Had to survive on 20k monthly after car and salary payments.
I just prayed. Used words in Psalm 37:25. Asked for my parents sake. Instantly a long-standing debt was paid.