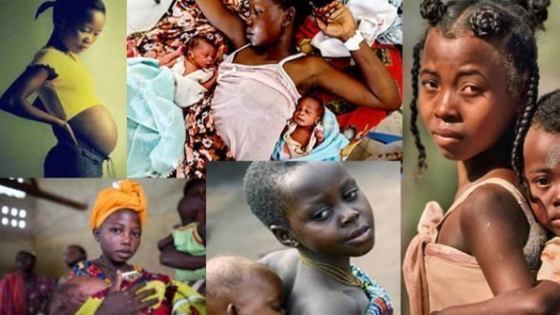 After 16 Years In God’s Waiting Room, Mr And Mrs Egenti Are Now Telling A Different Story | Be Inspired By Their Testimony

HRH (Dr.) Haliru Yahaya, has said the North is uncomfortable with the 18 years cut-off age set for girls to become marriageable in the Child Rights Act, saying the region feels it is being gagged by the law.

The Emir of Shonga in Kwara State, who stated this at the 7th Annual Population Lecture Series organised by the National Population Commission in Abuja, noted that only two states in the entire North domesticated the Act despite advocacies by stakeholders, Vanguard reports. The royal father said:

“You hear the North is resisting the Child Rights Act. The reason Northern states are refusing to domesticate the Act has to do with the 18yrs qualification for girls to become marriageable captured in it.

The moment the North thinks it is being gagged, it jumps out of the idea. The implication is that all the other beautiful things in the law becomes meaningless.

So, why don’t we look at the issue of the age for girls to qualify for marriage, and do something about it? My take in that is this: 18 years is an arbitrary cut-off age informed by many variable factors.

Adulthood, ease of bearing children, and body size can be informed by age. So, 18yrs looks good but it is not absolute cut-off age, because it is true that a child of 14, 15, or 16 years can have a baby easily.

That’s why, we in the North, are thinking that the best antidote to the current situation is to focus on, and ensure compulsory education of the child to secondary level.”

On the low-level adoption of family planning and child-spacing practices in the North, the Emir blamed the strategy used in communicating the ideas to families in the region.

He said Nigeria must prepare to build human capital for the projected 200 million children tat will be added to country’s population in the next 30 years. Olaniyan said:

“Nigeria has a very young population. Others see it as a problem but we can view it as opportunity. We should not be defined by the sensationalism of how bad the Nigerian population is.

Additional 200 million vibrant Nigerians that will be produced in the next 30 years is not a joke. It represents an enormous opportunity. But this calls for stronger institutions, of the population of this country will translate into development.”

In her remarks, the Ag. Chairman of National Population Commission, Mrs. Bimbola Salu-Hundeyin, said the focus of the lecture series was to highlight the emerging concerns that affect the well-being of Nigeria’s rapidly growing population as well as its development trajectory for the attention of policy makers and the people.