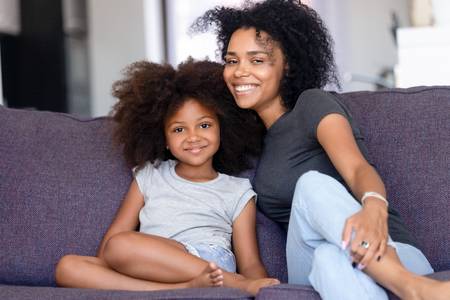 Michelle Obama Speaks On The Adjustments In Her Family Since Her Last Child, Sasha Left For College

We hear it all the time- how important it is to be friends with our kids and be as approachable to them as possible but can it be a tricky balance to achieve alongside parenting? We want to share our lives with them and share theirs too, along with their hopes and dreams – and to comfort them when they feel sad or scared. But how close is too close? There is research warning that parents who are too focused on being “buddies” with their kids may also find it hard to enforce rules and standards.

HuffPost’s Victoria Richards spoke to consultant clinical psychologist Emma Citron to find out the best approach. Can we ever be ‘friends’ with our children? Here is her advice.

One advice that stood out was: As a parent, try not to overshare or labour your children with adult issues.

“Parents can get over emotionally dependent on their children, particularly when they’re in their mid to late teens, but also younger children, too,”

“If a parent is unhappy or anxious or having mental health struggles themselves, then they can sometimes lean a little too much on their child – and that’s not helpful. That’s not being a ‘friend’.”

Not only is it emotionally burdensome on a young person, says Citron, it’s inappropriate – the grown-up is meant to be the parent, not the child.

“Yes, adults can share stuff that’s happening in their lives, but it shouldn’t be too emotional – such as, they’re not getting on with their partner, or they hate their work – because that’s using the child as a therapist or a substitute partner.”

It’s not that difficult subjects should be banned, she adds, but that it’s important to be moderate when explaining what’s going on to children.

“If you’re experiencing grief, or have lost your job, then of course you can cry and tell them it’s normal to cry,”

“Tell them no subject is taboo. But try to use moderate language – “I am feeling a bit stressed”. Try not to alarm the youngster, because you don’t want them to worry about it.”

Speak to a friend, partner or doctor about any bigger worries.

“It’s lovely to share positive experiences, and to prioritise the child and their needs, but be very wary of saying, “I’m struggling” to a child,”

“What you should be thinking about when it comes to your children is, are they struggling?”

Citron explains that your child has a private life too and that while it’s normal to want to know when there’s something wrong in a child’s life, of course, so you can talk to them about it, she ssys it’s imoorland to respecially their boundaries and not go reading their diary for instance.

stresses Citron. “Tell them: “I’m always very happy to listen to what’s going on in your life, but I also respect your privacy with your friends. You can choose to share it with me – but you don’t have to.” Some people are just more introverted and need their privacy and space more than others. This goes for kids, too.

If children aren’t given a healthy sense of privacy, they might not learn to ’self-soothe, Citron adds.

“It’s important for all of us to self-manage and self-regulate our own emotional states. It’s very much a part of growing up.

If you’re totally dependent on your mum or step-dad to come and save you, you’re not going to learn to deal with the normal knocks and bashes of life.”

She also warns against being ‘over’ involved in your child’s decisions, as exemplified in the trends for so-called ‘helicopter’ or ‘snowplough’ parenting. This can play out into teenage or early adult life, she notes.

“Some parents put their kids on dating apps, or apply to the universities they choose for them.”

Above all, it’s important to be present with your child whatever their age. As Citron puts it:

“Be quiet around them, listen and give them the opportunity to talk if they want to talk – but don’t put pressure on them to.”