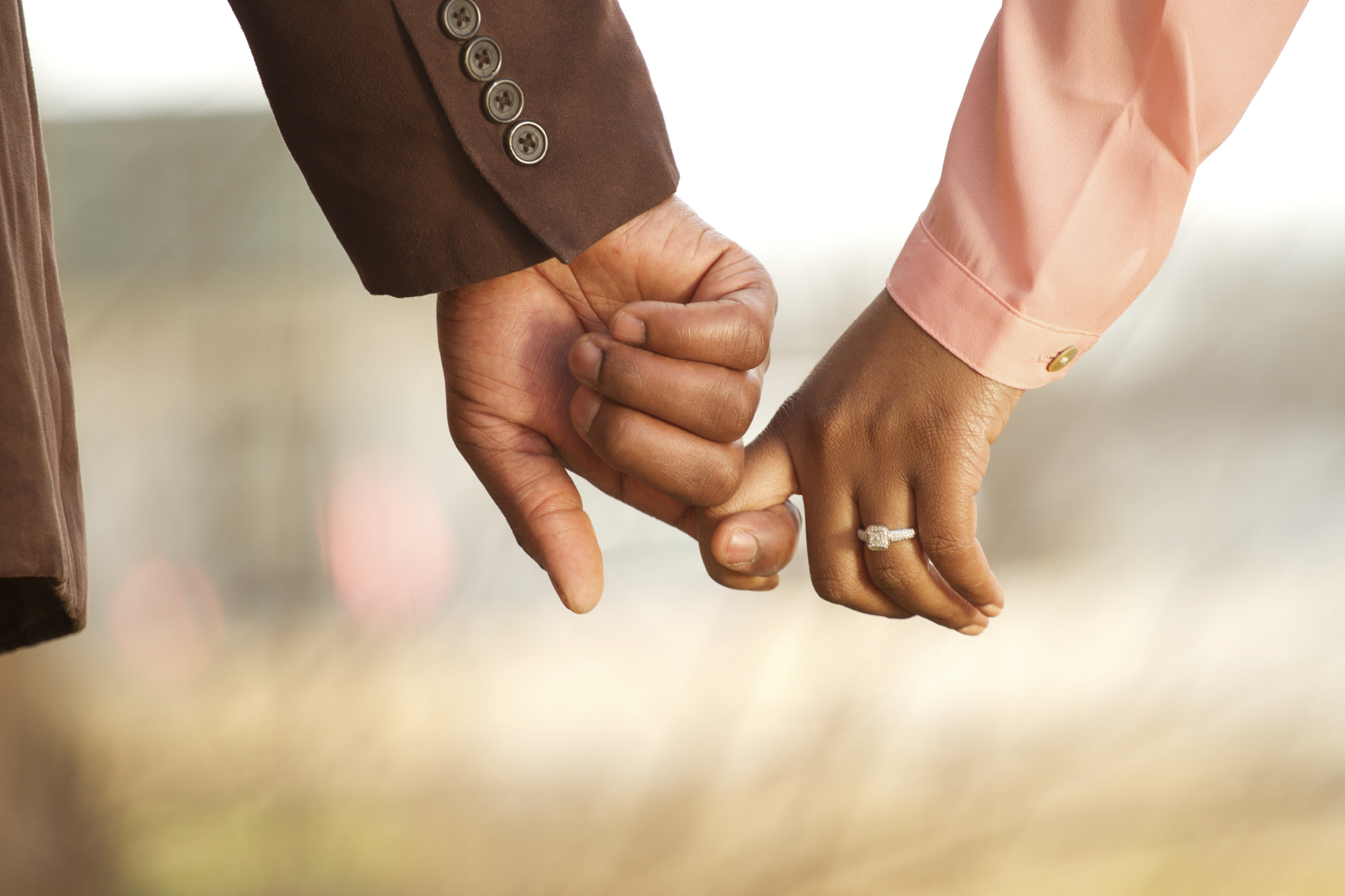 It is often assumed that men with zero sperm count (azoospermia) can’t have their own biological children, but this isn’t necessarily so, according to fertility expert and MD of Nordica Fertility Center, Dr. Abayomi Ajayi. With the help of assisted reproductive technology, and sometimes surgery, some men with azoospermia can have genetic offspring.

When this is not possible, using a sperm donor, embryo donor, or pursuing adoption are alternatives. Read this piece written for PUNCH by Dr Ajayi below:

Azoospermia is a condition where there are no sperms found in the ejaculate (or semen) after orgasm. Affecting about one in 100 of the general population—but up to one in 10 of men with fertility problems—azoospermia is an uncommon but severe form of male infertility.

So how do you know if you have this problem? Semen analysis is the only way to know if your sperm count is abnormal or zero. If your first semen analysis comes back with zero sperm, your doctor will have you repeat the test a few months later.

So, azoospermia is diagnosed after two separate semen analyses are completed, and no sperm are found in the semen samples. After diagnosis, the next step is to attempt to identity the cause of the problem. Further testing may include taking a detailed medical history (that includes reporting any serious childhood illness (like mumps) or previous sexually transmitted infections). A physical examination of the testicles among others may also be recommended.

A full fertility evaluation of the female partner is also needed, as that will affect which treatment path is best for the couple. Genetic testing and counseling may also be recommended for both of you.

The best course of treatment depends on the specific cause along with the fertility potential of your partner or spouse. Your treatment plan will be based on whatever is the suspected cause for the zero sperm count.

The sperm cells develop inside a system of tiny tubes as tiny round cells. Only when exposed to reproductive hormones do they mature and develop into the sperm cells you’re more familiar with.

Azoospermia itself—a lack of sperm in the semen—doesn’t have any specific symptoms. As a couple trying to conceive, you will experience infertility if you have zero sperm count. A couple is said to be dealing with infertility if they don’t get pregnant after one year of unprotected intercourse.

Infertility is frequently the only sign that something is wrong but signs or symptoms that may indicate you’re at risk for azoospermia include low ejaculate volume or ‘dry’ orgasm (no or little semen), cloudy urine after sex, painful urination, pelvic pain, swollen, small or undescended testicles, difficulty with erections or ejaculation and low sex drive among others. It is possible to have none of these symptoms, however, and still have azoospermia.

If you are diagnosed with obstructive azoospermia, the cause may be a congenital anomaly, infection or inflammation of the reproductive tract, previous trauma or injury (including surgical) or retrograde ejaculation (even though technically there is no blockage involved in this situation).

There are some genetic causes or congenital anomalies that can lead to obstructive azoospermia. Some men are born with a blockage in the epididymis or ejaculatory duct, while others may be missing the vas deferens on one or both sides of the reproductive tract.

A man without a vas deferens on both sides is said to have a congenital bilateral absence of the vas deferens.

If you have a history of sexually transmitted disease, tell your doctor, even if you think that was ‘in the past.’

Non-sexually transmitted infections can also lead to inflammation, scar tissue, and blockage. For example, childhood mumps can cause viral orchitis, which is inflammation of one or both testicles. This infection in childhood can lead to permanent scarring, which later in life may mean infertility due to azoospermia.

Previous trauma to the male reproductive tract can cause damage, scar tissue, and blockage to the vas deferens, epididymis, or ejaculatory duct.

Sometimes, surgery in the general area—but not specifically on—the male reproductive tract can lead to unintentional scaring or injury. For example, surgery to treat an inguinal hernia can lead (in rare cases) to injury to the testes or vas deferens.

Retrograde ejaculation is when semen (and sperm) move backward into the bladder during ejaculation, instead of moving forward out the urethra. This can lead to both low semen volume (the amount of ejaculate) and low to zero sperm count, depending on the severity.

Fertility treatment will depend on the specific kind of azoospermia and the cause of the problem. Also, your partner’s fertility situation will also determine treatment choices.

When surgery can correct obstructive azoospermia, natural conception may be possible. Surgical treatments don’t correct the problem overnight, however. A semen analysis will be ordered three to six months post-surgery.

Drinking Cold Water Does Not Cause Catarrh Or Chest Infection – Dr. Harvey Olufunmilayo Educates Nigerians | A Must Read!

If exposure to toxic chemicals or excessive heat at work is suspected as a cause of azoospermia, changing your job may be recommended (if possible.) Sometimes, long-term exposure to toxins will cause permanent damage. In other cases, sperm development may return or at least improve and thereby improve the odds of success in combination with other fertility treatments.

Testicular sperm extraction, or TESE, may be used to extract sperm cells directly from the testes. You will receive sedation or general anesthesia before the procedure. The doctor will make a small incision in the scrotum and extract tissue from your testes. That tissue will be examined for sperm cells and, if not being used right away, cryopreserved.

Sperm cells extracted via TESE can only be used with IVF and ICSI— intracytoplasmic sperm injection—when a single sperm cell is directly injected into an egg. If successful fertilisation takes place (which is not guaranteed), then the resulting embryo is transferred to the woman’s uterus.

Genetic counselling is frequently recommended if there is any possibility that the azoospermia is linked to a congenital condition. It’s also recommended if IVF with ICSI is being used.

If you discover you are at risk for passing on an inheritable disease, a possible option is to add preimplantation genetic diagnosis (PGD) to IVF treatment. PGD allows doctors to screen embryos for some genetic conditions. Then, the healthier embryos can be transferred.

Note that PGD is not foolproof and can’t check for all possible genetic diseases. But, it can be a possible solution for couples wanting to have children with their own eggs and sperm, despite the increased risk for passing along a disease.

A commonly adopted fertility treatment option for men with azoospermia is to use a sperm donor. With a sperm donor, either IUI (insemination) or IVF will be used. This depends on your partner’s fertility.

Another possible option is using an embryo donor. The donated embryo would be transferred to your partner’s uterus (or a surrogate.) If you choose to use an embryo donor, neither of you would be genetically related to the child.

Receiving a diagnosis of azoospermia can be emotionally difficult. When this diagnosis also comes with additional news—like the diagnosis of a genetic condition or the risk of passing on an inheritable disease to your future children—it can be even more distressing.

Some men may feel ashamed or embarrassed about the condition, and therefore not discuss the issue. However, because of the increased risk of overall health problems, it is important to let your doctor know.