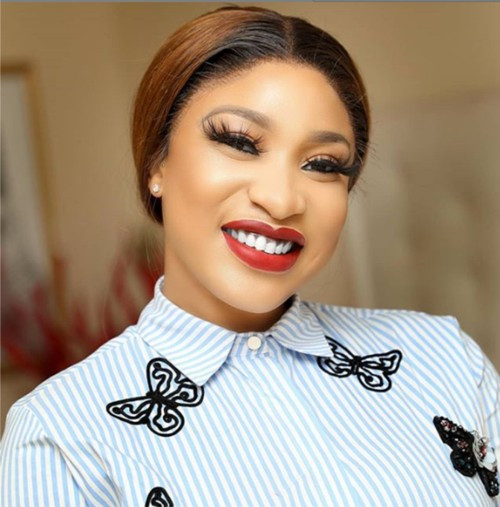 The Health Minister, Osagie Ehanire On Why ”No private hospital has been given approval for COVID-19 Treatment”

Actress, Tonto Dikeh has given an insight into her relationship with her boyfriend whom she says she has been seeing for four years in an Instalive chat with popular clergywoman, Laurie Idahosa.

The mother-of-one revealed she began dating her boyfriend shortly after her marriage crashed and after he lost his wife at about the same time.

The outspoken mum maintained that she is mindful of how exposing her son to her relationship at such an impressionable age could affect his view on life and for some reasons, she rather visits the man in her life at any of his homes rather than have him over at hers.

She maintained that she has a lot of respect for her son, Andre, and tries as much as she is able to have put him first, reiterating that she does not bring her partner into the home she shares with her four-year-old.

I’ve been seeing someone for 4 years now. My case is a lot different. When I met him, he already knew my situation and I knew his situation.

He lost his wife then and I just lost my marriage, we became friends. We’ve known each other for 4 years.

He (Andre) is not affected but I try as much as possible to think about him first. Like my boyfriend doesn’t come to my home, he has his own home and he has a couple of homes in Abuja here.

So if I want to go see him, I could go there.