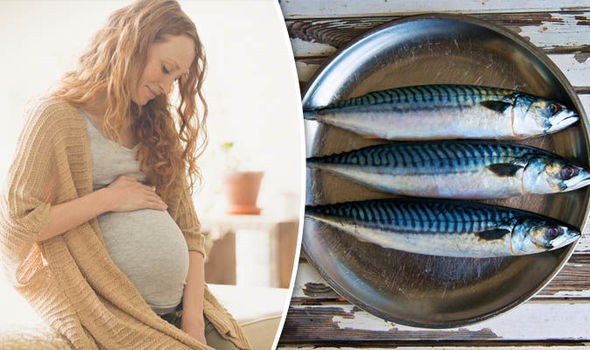 COVID-19: Experts Roll Out 7 Things We Should Avoid When Lockdown Eases Or Ends

The findings appeared in in JAMA Network Open on March 16, 2020.

“Fish is an important source of nutrients, and its consumption should not be avoided,”

said Dr. Leda Chatzi, associate professor of preventive medicine at the Keck School of Medicine of USC and the senior investigator on the study.

“But pregnant women should stick to one to three servings of fish a week as recommended, and not eat more, because of the potential contamination of fish by mercury and other persistent organic pollutants.”

Fish is a major source of omega-3 long-chain polyunsaturated fatty acids which are important for the developing fetus.

However, some types, such as swordfish, shark and mackerel, can contain high levels of mercury — a potent toxin that can cause permanent neurological damage. Mercury contamination is also found in soil, air, water and plants.

Researchers looked at 805 mother and child pairs from five European countries participating in a collaborative research project known as the HELIX study, which is following women and their children from pregnancy onwards.

During their pregnancy, the women were asked about their weekly fish consumption and tested for mercury exposure. When the children were from 6 to 12 years old, they underwent a clinical examination with various measurements including waist circumference, blood pressure, high-density lipoprotein cholesterol, triglyceride levels and insulin levels. These measures were combined to calculate a metabolic syndrome score.

More fish is not better

“Fish can be a common route of exposure to certain chemical pollutants which can exert adverse effects,”

said Nikos Stratakis, PhD, a USC postdoctoral scholar who was one of the study authors.

“It is possible that when women eat fish more than three times a week, that pollutant exposure may counterbalance the beneficial effects of fish consumption seen at lower intake levels.”

The study found that higher mercury concentration in a woman’s blood was associated with a higher metabolic syndrome score in her child.

The study also examined how fish consumption by the mother affected the levels of cytokines and adipokines in her child. These biomarkers are related to inflammation, a contributor to metabolic syndrome.

Compared with low fish intake, moderate and high fish consumption during pregnancy were associated with reduced levels of proinflammatory cytokines and adipokines in the children.

This is the first human study to show that the reduction in these inflammation biomarkers could be the underlying mechanism explaining why maternal fish consumption is associated with improved child metabolic health.

Next, the researchers plan to look at the effects of consuming different types of fish with different nutrients and mercury levels and to follow up on these children until the age of 14-15 years.