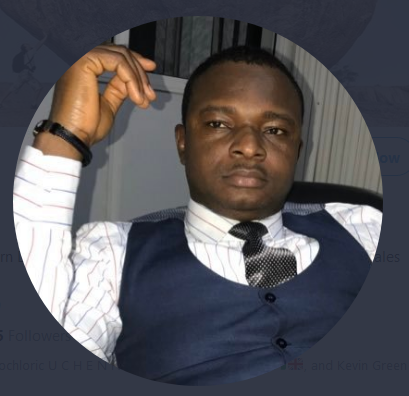 A Nigerian man has shared why he completely changed his mind about marrying his ex-girlfriend after he met with her family for the very first time. The man, Stanley Ezinna took to Twitter to narrate his story as a word of caution to other men.

According to Stanley,on the day he traveled to meet his ex’s parents in the village, her mother and siblings were in high spirits and looking healthy, while her father had sadness written all over him. He went on to say he did not first imagine that that would be her father as the man sat by himself dejected, and he had initially mistaken him for a mad man.

Stnaley explained that as a Igbo man, he made to give the wine he had brought to give to his prospective father-in-law but his fiancee’s mother wanted to collect the gift on behalf of the man and all of that sent a message to him that all was not well with how the family is run.

The dad-of-one maintained that a good number of ladies are unmarried because of their upbringing. He stated that young women would often model how their mothers treated their fathers in their own marriages.

He took the cue from that scenario at his ex’s house and made the decision she wasn’t the one for him, despite loving everything else about her.

Ezinna further alleged that the lady’s mother who insisted on taking the place of her father, was more interested in his own bank account and how he will assist the family with their building project.

Girls grow up to treat their husbands the same way their mothers treated their fathers. That’s was why I didn’t marry my ex in 2012. Smart girl.

Works with one of the leading banks in Nigeria. Slim-thick, chocolate, tall and strong muscular legs, Just how I like it

We were destined for the alter until I decided to see her parents. We drove to her parents house in the villa.

Coming into the compound I noticed a semi-paralyzed man at the corner of the house with sadness all over him. No one paid attention to him and his clothes were dirty.

I felt he was a madman or something but was distracted by my girl’s mum and siblings circling around me with salutations.

We got into the house and as a solid Igbo guy, I brought one carton of omega schnapps for the father like tradition dictates.

On asking for the father to present the drink, I was told dismissively that he was the man outside and the mum wanted to accept the drink on his behalf.

I was shocked! What?? I asked my babe and she said it was a long story. I ignored her and went to the man.

Introduced myself and gave him my present. When the man told me his story, I wept. Brethren, pray that you marry a good wife.

To cut long story short, I confronted the woman and she was more interested in my bank account and how I will assist with their building project.

Suddenly some of my babe’s aggressive behaviors begins to make sense. Then we grew apart cos I refused to do whatever the mother says.

Ladies, don’t let your toxic mum lead you astray. So many ladies are unmarried because of their upbringing. My two cents!

Girls grow up to treat their husbands the same way their mothers treated their fathers.

Smart girl. Works with one of the leading banks in Nigeria.