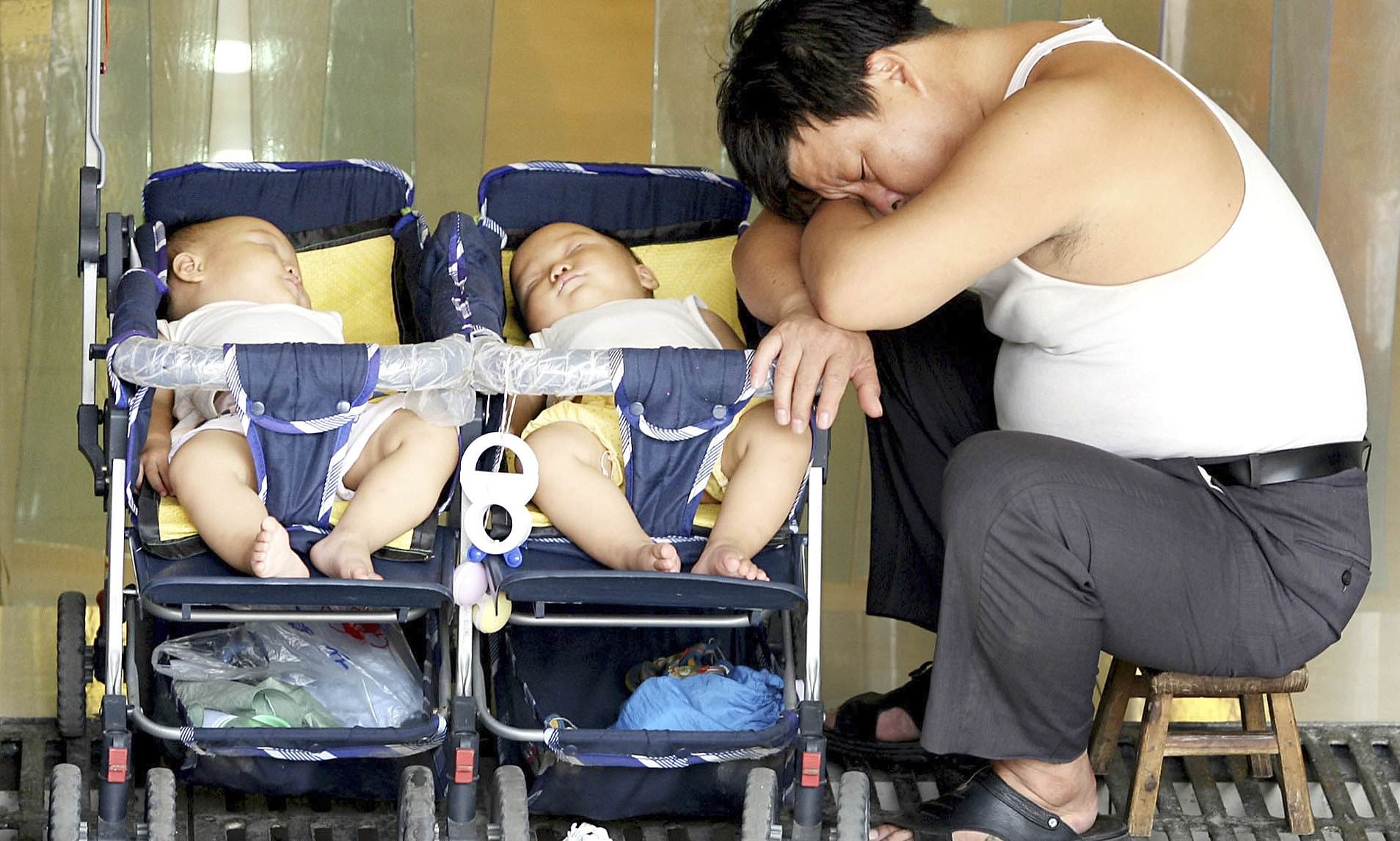 A Chinese dad was left stunned after finding out that his twin babies have two different fathers as one of them isn’t his. The new dad made the shocking discovery after taking the newborns to undergo a DNA test as part of the standard procedure to register their births in China, a DNA analyst told reporters.

The Chinese man, who remains unidentified, was astounded upon receiving the test results which indicated that his wife also had sex with someone other than him, Chinese media report.

Deng Yajun, the practitioner who produced the paternity report, said that the chance for such case to happen is one in 10 million.

“First, the mother needs to produce two eggs instead of one in the same month [to have twins],”

Second, she needs to have intercourse with two men in really short space of time to make it possible.

The results showed that the children have the same mother but not the same father. They have at least two fathers,

Twins being born with different fathers is an extremely rare occurrence known as heteropaternal superfecundation. Women usually have to have sex with two different men within a day before or after ovulation for both eggs to be fertilised.

Similar stories have been reported in China before. Last year, a Chinese mother was forced to admit that she had cheated on her husband in a one-night stand after receiving the DNA results.

It came after the couple from south-eastern China’s Xiamen city went to register the birth of their twin sons at the local police station in 2019. In order to complete the registration, they had to produce the results of a paternity test to prove that the babies were theirs.

The husband, known by his alias Xiaolong, had wondered why one of his sons didn’t look like him at all. The director from the Fujian Zhengtai Forensic Identification Centre said that Xiaolong was furious after reading the DNA report and confronted his wife.

It is said that his wife initially denied having an affair and accused her husband of falsifying the results.Xiaolong further interrogated his wife, who then admitted that she had slept with another guy and that it was a one-night stand.

In 2014, an affluent businessman from eastern Chinese city Yiwu was devastated after discovering one of his twin sons was not related to him.

According to Sanxiang Urban Newspaper, the father, named Zhou Gang, decided to take his children for a DNA test after realising his elder son had double eyelids.

He said both he and the children’s mother had single eyelid, therefore he found it strange that one of the babies had double eyelids.