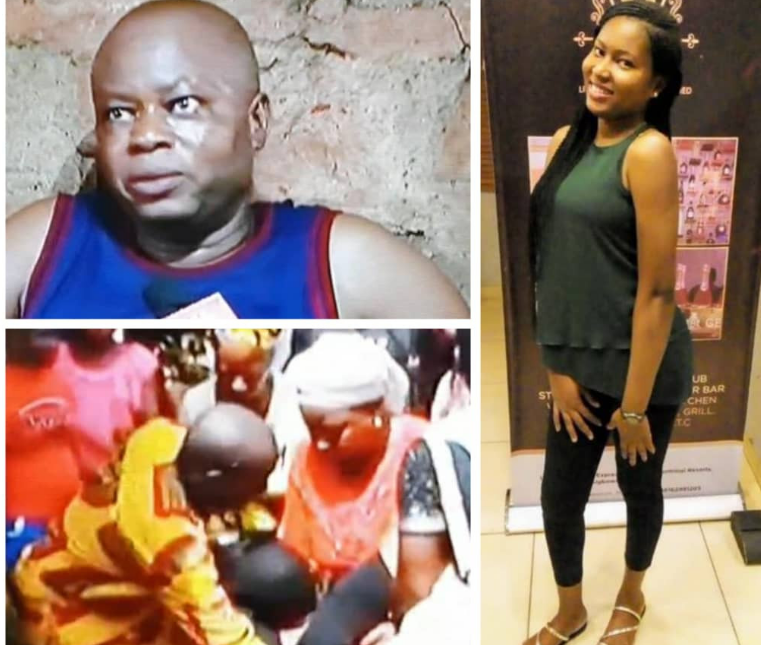 Father of 22-year-old UNIBEN student, Uwadia Omozuwa, who was raped and murdered at the Redeemed Christian Church of God in Ikpoba Hill, has spoken for the first time since the incident happened. Uwadia, a 100 level student of the department of Microbiology, went to read inside the church on Wednesday, May 27, and was raped and killed by yet to be identified persons.

In an interview with TVC, Mr. Omozuwa said he was shocked when he saw the injuries on his daughter’s body.

When I saw the injury, I shed tears as a father. I never knew the injury was much

READ ALSO: #JusticeForUwa: Heart-Rending Story Of UNIBEN Student Who Was Raped And Murdered Inside A Church (Graphic Photos)

According to Mr Omozuwa, he has always been a traditionalist but was only recently, converted to the Christian faith by his daughter who persistently asked him to give his life to Christ. He says he will be going back to his former religion.

The sister of the deceased who also spoke, demanded justice for her late sister. She said bite marks were all over Uwadia’s body when they saw her.

”When we saw her, it was not good at all, bite marks all over her body.

When we saw her, her body, her hand, her mouth had bruises. When we saw her in that condition, we rushed her to one hospital, they couldn’t handle it.

Then we took her to UBTH. That is where she gave up last night.”

The Pastor of the church paid the family a condolence visit and was almost attacked. The timely intervention of the police saved him.

Late Uwadia, her mother and sister have been attending the church for over 15 years and she was said to be a Chorister.