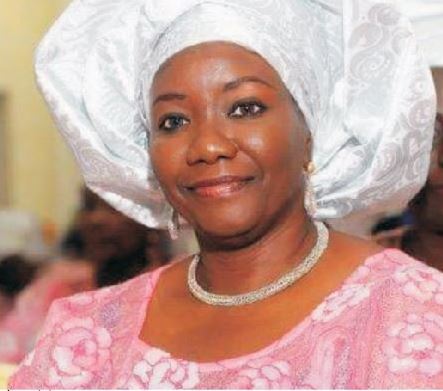 One time House of Representatives contestant, Yagba Federal Constituency, Kogi State, Bisi Awoniyi who also doubles as the daughter of former Arewa Consultative Forum, ACF chairman, late Sunday Awoniyi, has narrated how she almost lost her life after taking a concoction to boost her immune system against Covid-19.

According to her, she took the concoction, which contained lemon, garlic, ginger, and turmeric, along with Zinc and 1000mg of Vitamin C after some of her friends, who claimed they had been using it, convinced her of its efficacy.

Narrating her ordeal to The Nation, she said she was told that the concoction was effective in boosting immunity and had even cured some people of the coronavirus pandemic. She shared:

“I do not doubt the efficacy of each one of the herbs, as they all have their merit but I guess it was assumed that their combined efficacy will be awesome in boosting immunity and warding off any viral infection including Covid-19.”

On Sunday, 10th May, Awoniyi, who suffers from High Blood Pressure, said she had no choice but join the train after her friends went to the extent of getting her some of the ingredients to save her the stress of going to buy them.

She started the home immune booster therapy but trouble started Wednesday 13th May 2020, at around 10.00 in the morning. She narrated further:

READ ALSO: COVID-19: Experts Explain Why It Is Critical For Couples To Wear Face Masks During Sex At This Time

“After taking my home remedy booster with breakfast, I felt I had a bit of heartburn or indigestion and got Gestid Suspension from a chemist.

“At about 2pm, I thought I felt better and decided to eat a bit of the roasted chicken I made the night before, but within 10mins of eating a little portion, I started feeling sick and had to rush to the bathroom to throw up. That was how my near death experience started.

“At about 4 pm, I decided to take a bit of rice, as I was feeling quite light upstairs and knew my stomach was empty but again, I threw up within 10 minutes. The pain in my tummy was so excruciating at a particular spot and I could not retain anything, not even water.

This continued until about 8pm. I was so weak and dizzy and could hardly stand. After a while, the pain in my tummy started going up my chest and to my back in an excruciating manner. Then the worst happened.

I started stooling blood, which I later got to know was caused by the tumeric and ginger. By the time I realised I was in deep trouble, I started praying and confessing my sins both known and unknown, asking God for forgiveness and mercy, in case I didn’t have the opportunity to make it.”

Fortunately for her, God answered her prayers, as her son who is based in London called to check on her at about 8.30pm – something that has become like an everyday routine since the outbreak of Covid-19. She recalled:

”He heard me throwing up and when I explained how I felt, he immediately reached out to my cousin whose wife is a doctor. She told me what to do to ease the pain and told me to wait for her at my house.”

By the time the doctor arrived her place at about 10:45 pm, she recalled that she was already too weak. She narrated further:

“Dr Laide Omotosho-Ikuru immediately gave me two jabs of injection and kept massaging my back as the pain had radiated to my chest and back and racking my whole system. To be candid, I did not even feel the injections because the pain overshadowed the prick of the injection.

Gradually the pain subsided and she explained that the home remedy I took had caused a wound in my guts or stomach lining due to the high acidity content.  She managed me for about an hour and a half and gave me another shot, which she said would calm me throughout the night and make me sleep.”

Speaking with The Nation during the week, she said she was not completely healed. She said:

“I still feel a dull ache in certain parts after taking in some food. I am still taking bland food in little portions but at regular intervals and I have been placed on a medication for two weeks.”

She called on Nigerians to heed to the warning of the Minister of Health about self-medications and home remedies, stating that she is an example of self-medication gone wrong.