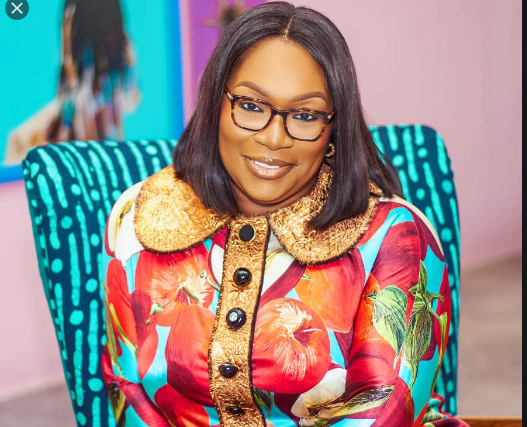 The CEO and Managing Director of giant pharmaceutical company, MedPlus, Mrs Joke Bakare has voiced her thoughts over the alarming rise in rape incidents in Nigeria. In a post shared on Ynaija, Bakare shared that the scourge has made her concerned distresses her as a mother, a daughter and friend to other women.

The pharmacist shared that asking women and girls who have been victims of sexual abuse to speak up is not enough; but getting to the root of the menace, including educating boys and men to have genuine regard for women among other solutions is the right approach to ending the problem of rape in the country.

The recent news making the rounds concerning the rape, assault, molestation, and murder of young Nigerian women as young as nine years old is overwhelming for any woman.

Uwa, Tina, Jennifer, Barakat represent the limits that exist around women and the restrictions we must place on ourselves just to be considered worthy of humanity.

I am tired of the unthinkable ordeals women have had to endure for either going to read in a church, paying a friendly visit, saying NO or simply existing.

This news has hit home in a very deep way and we cannot continue to endure this injustice.

It is high time to focus our energy, resources, and passion, on this extremely harmful societal strain embedded in entitled men who refuse to see women as whole beings deserving of respect and agency.

Men who refuse to take NO for an answer because they have been taught to take without considering the consequences of their actions on whomever they take from.

We must actively begin to build the ideology of shifting the blame away from women and to transfer it, without reserve, on the people who have harmed them.

Rape, sexual assault ranks high as some of the prevalent issues plaguing not only the Nigerian socio-cultural space but the entire African continent.

The system is so designed to discriminate against women in ways that recommend little to no strenuous punishments for rapists and sex offenders. And this is something that needs to be fixed. Quickly.

Policies, laws, and legislation that grant women speedy, fair justice and support must be put in place. Systems that continue to hold women to insane standards of purity to be able to have their stories believed, must be dismantled and scrapped altogether.

It is important that while we ask women and girls to speak up, we are also ready to listen. We must assure them, that if they have their bodies or freedoms violated, they will be believed, they will find support, kindness, help, possible healing, and most importantly, the perpetrator would be brought to book. And we don’t have to look too far for these systems of support.

We, neighbors, siblings, brothers, parents, friends can kick start that system. We can begin by standing by and reassuring our female friends, colleagues, sisters, flat mates, fellow students, or even a stranger who come to share their experience with us.

And as a parent, I am calling on other parents to join hands together and start raising better, kinder, sensitive, respectful, and compassionate boys.

We must teach our boy-children to see women as equal and deserving of the same respect as they would give their male counterparts.

We must teach our boys to stop seeing women as commodities they are entitled to. We must raise responsible boys who can look past their egos and learn to take no in good stride.

To actively curb this deplorable trend of rape we must take it upon ourselves to raise boys who have a heart.

Once again, we can go beyond just saying ‘No’ to rape and rape culture by taking active steps to be there for rape survivors.

We can lend our voice to calling for a system that favors survivors and appropriately punishes their perpetrators.

We can donate to organizations that work actively to assist survivors, and we must never stop holding perpetrators accountable and.

Today, go beyond saying ‘NO’ and do see if you can do something that would ensure we never have to say ‘NO’ to rape campaigns in the nearest future.