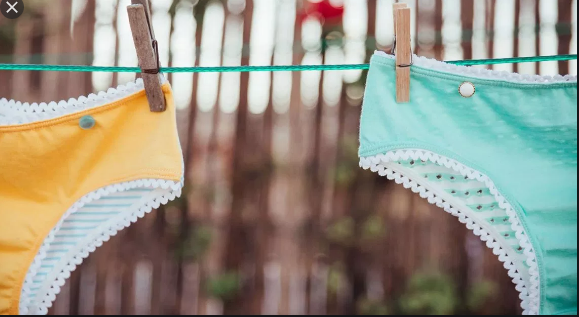 When it comes to our underpants, most of us will have pairs of underwear tucked away that have seen better days. You know those comfy ones that have faded in the wash and have little holes in – but no matter what, we just can’t bring ourselves to part with them?

According to a hygiene expert, we should consider getting rid of these if we’ve had them for more than six months and replace them with new ones.

READ ALSO: Ditching Your Bra During COVID-19 Lockdown Could Cause Your Breasts To Sag

Intimate health specialist Dr Shirin Lakhani has explained how bacteria can remain in underwear even after they’ve been through the washing machine.

Speaking to Tyla, she said:

“Your underwear is in close contact with your skin and more specifically your intimate areas for prolonged periods of time.

“As a result it comes into contact with a lot of dead skin from those areas as well as bacteria – both healthy naturally-ocurring bacteria that we all have, as well as more sinister bacteria that can be a result of infections such as thrush and STIs.

“There is some research that suggests that even washing your underwear in a washing machine won’t always rid it completely of bacteria such as E.coli.”

The expert went to advise throwing out old underwear and buying new knickers “at least once a year”. Though for underwear worn more frequently for activities such as exercise at the gym, she recommends “disposing” of them more often.

This advice was seconded by Nadeem Abbas, the founder and director of Love2Laundry who said her general advice was to change underwear every “six to 12 months”.

She claimed this would help ensure you were wearing them at their best.