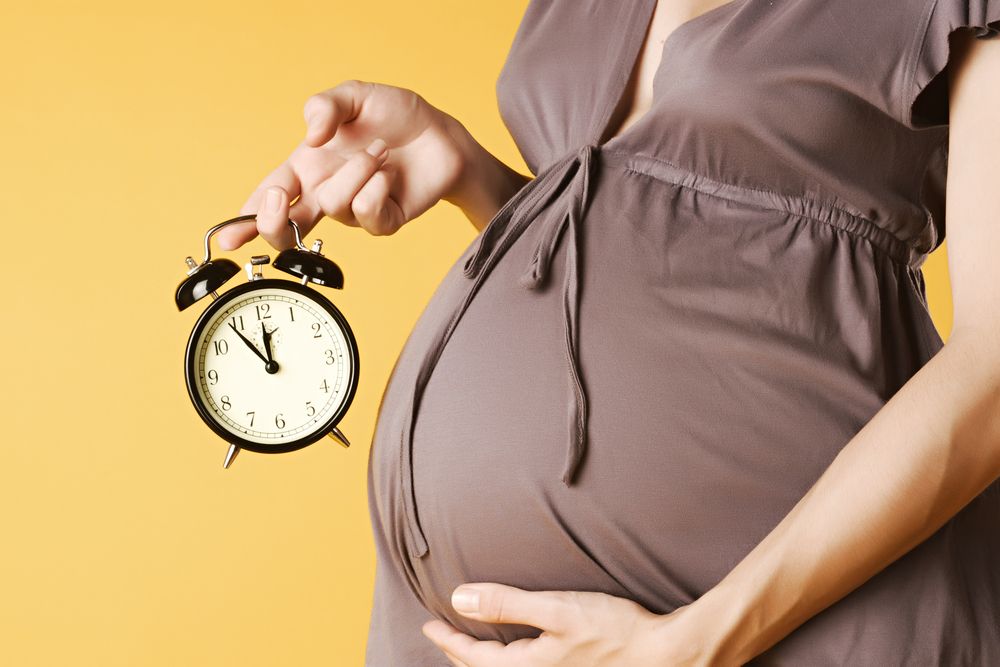 In the run up to the third-trimester of pregnancy, labour is usually at the forefront of a woman’s mind but all women will experience it differently – some will see strong signs, and others none at all. Whilst common signs to look out for include backaches, contractions, diarrhoea and vomiting, it’s not always crystal clear. According to midwife and child health nurse, Jane Barry some of the warning signs that you might not know about – and one of them in particular has caught out attention, the sudden urge to clean.

And don’t rely on your waters breaking to give you an indication that you’re about to give birth either, as according to WebMD only 15 percent of women start their labour with this sign. Jane Barry spoke to kidspot.com.au about atleast 10 warning signs that pregnant mums might not know about when labour is approaching.

READ ALSO: Labour: Six Signs That Your Cervix Is Dilating

Read the signs below

Backache is common in early labour. What can start as a dull ache can grow increasingly uncomfortable and painful as time goes on.

The position of the baby can cause a lot of pressure on the woman’s tailbone, which can cause discomfort in the run-up to the birth.

You might experience the feeling that you’re busting for the toilet, and can barely make it. This increased need to urinate can be due to the movement of the baby’s head dropping to the pelvis. This puts more pressure on the urinary bladder.

3. Sudden urge to clean the house

If you wake up one morning and decide to spring clean out-of-the-blue, you may want to prep your hospital bag. This sensation is known as nesting. Just before labour starts, women may feel the need to start tidying ‘the nest’ for their baby.

4. General heaviness in the pelvic area

Some women can experience vulval swelling in labour, and some may notice varicose veins in their vulva and rectum.

This is due to an increase in the baby’s weight and the amount of fluid, as well as increased blood volume and hormonal influence.

5. Or, on the other hand lightening

No, we’re not telling you to keep your eye out for a potential thunderstorm.

Whilst some women feel heaviness in the pelvis, others can feel much lighter when the baby drops.

Your bump will even look different when this happens – it’ll look much lower.

That’s because the baby is ready to come out.

6. A sense that something is about to happen

Many women have admitted to sensing that their labour is about to begin.

Whilst some may have dreamt about the moment, others may avoid going out of the house just in case the moment comes.

Staying within close distance of their home may also make them feel more at ease.

Whilst it’s hard to explain the exact feeling, it can be compared to how it feels if you’ve ever had a pap smear or have ever accidentally pushed a tampon in a tad too high.

If this area starts to feel uncomfortable, it’s because your cervix is softening and dilating – basically, it’s stretching in preparation for the birth.

A Braxton hicks contraction is a combination of sporadic contractions and the relaxation of the uterine muscle – these are also known as “false” labour pains.

It’s just your body’s way of getting ready for labour – but it doesn’t mean that the real thing has started or is about to begin says WebMD.

You may notice these contractions being more regular or have more even spacing between them.

You may be finding it hard to settle down at night, or may be waking up more frequently than usual. And although you might not be experiencing any physical symptoms like the ones previously mentioned, your body will be preparing itself for what’s to come.

You might be feeling a little more sensitive, and attuned to your body too.

Before you go into labour, you may notice some mucus in your knickers when you go to the toilet – this is known as a ‘show’. This is a mucous plug held in place by the cervix to protect the baby from infection. What this means is that the cervix is beginning to soften and maybe open a bit. This can happen up to two weeks before labour starts.