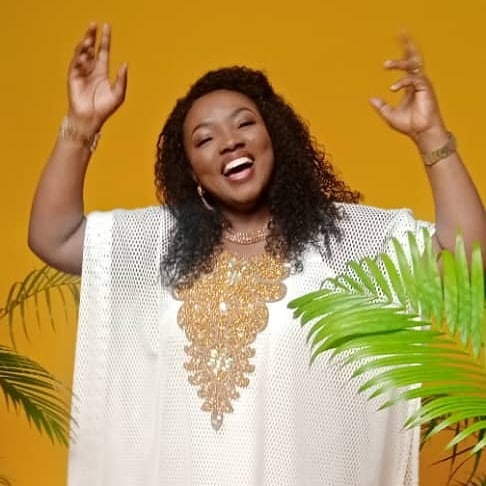 One of the leading Nigerian Gospel artistes, Aity Dennis is one person whose warm personality flows from deep down and bursts on the surface in a smile that is like sunshine.

Dennis, apart from being an erudite and celebrated multiple award-winning musicians, dancer, author, and television producer, is a great woman of amazing courage, bravery, and incomparable grace and guts.

She fought a very dreaded as well as the horrific battle of her life for 24 years to childlessness to stay alive against all odds. She did not have her first set of children until 24 years after marriage.

The story of Dennis, and her husband, Pastor Denis Inyang, presiding pastor, SureWord Assembly, Okota, Lagos, is a very inspiring one.

The singer, in a chat with Leadership two years ago, noted that she passed through ‘the valley and shadow of death’ but miraculously survived, in her hopeless search for a child.

She added that she tried everything possible namely IVF tests, orthodox and unorthodox medicine, and even went for traditional medicine in her then desperate hunger for a baby. Unfortunately, all failed her.

She further explained that she was, times without number, grossly stigmatized, victimized, humiliated, disgraced, and maltreated by her so-called friends, family members, friends, and in-laws. But her unshakable faith in God kept her going and today, she is a living testimony of courage and her uncanny faith in God.

On Sunday, August 30, the couple held their 30th wedding anniversary dinner at the auditorium of the church in Lagos. After the ceremony, she shared on the travails and triumphs of her matrimony with DailySun.

You recently celebrated your 30th wedding anniversary, how would you describe the last three decades?

The last 30 years have been a kaleidoscope of wonderful experiences. In fact, it has been a school of grace, mercy, and lots of godly wisdom. When you get into marriage, you need to determine to make it work.

Some people are ready to weather any storm to build their careers and businesses but are not ready to put in the same focus and energy into building their marriages. No marriage that succeeds is an accident.

There must be a deliberate and intentional effort from both parties before it can work. If there’s one thing a couple of needs, it is the faith and grace of God to succeed in marriage. The last 30 years have been a journey of growth for me. We have seen the grace and mercy of God and it has been worthwhile.

For over 20 years you were childless. Did you lose faith at any point and felt that God had abandoned you?

It was quite some experience (laughter). I am so grateful to God that I can be referring to this in the past tense. To tell you the real truth, many times I had so much faith and I would tell myself ‘it will happen now, amen!’ At other times, I was so confused and broken, I was looking for the big faith I had, but could not find it.

My faith had gone into splinters, crashed like a deck of cards and I would latch onto my husband’s faith. Then, I would fall back on God’s mercy. At a point, I couldn’t pray to God in the English language anymore. I switched to praying in my mother’s tongue and pidgin.

Several times I would be driving and telling God, ‘Ah Oga mi, how far na? You never still open my file? I don dey stand for this queue since-o’. If you were listening, you would think I was having a conversation with someone over the phone. It had reached that point. But God knows us and He understands when we are in dire straits. I am so grateful He came through.

SEE ALSO: After 16 Years In God’s Waiting Room, Mr And Mrs Egenti Are Now Telling A Different Story | Be Inspired By Their Testimony 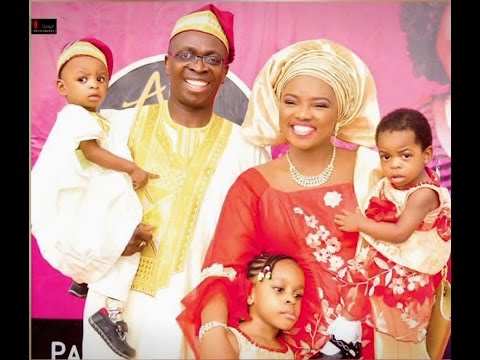 What is your advice for childless couples seeking the fruit of the womb?

For couples having this challenge, the worst thing you can do is fight against each other, calling each other names, and exposing the other party to ridicule and attacks from your family and friends; it will destroy your relationship. And that will make the devil happy because that is exactly what he has been working for. Don’t allow other relationships to come in between you.

I always advise waiting-couples to adopt. I always had children in my home; adopted, adapted, borrowed, rented, on mortgages, etc. Don’t laugh! Bottom line is that the love you pour into another person’s child who is not your birth child, God has a way of giving you harvest even when all hope is gone.

After 30 years, is your husband still as romantic as he used to be?

During our 30th anniversary titled ‘Forever Yours’, he wrote a very lovely poem for me. And he read it publicly in the church, and I was like ‘wow!’ I, too, have written many love songs for him. I released a CD for him titled, ‘Love Beats’ with several love songs. One of the songs says ‘you’ve made me better than you met me’. I sang it for him during the anniversary celebration. It is on YouTube, Boomplay, iTunes, and other digital stores.

Could you share the joys of motherhood with us after waiting for over 20 years for your first baby?

It’s inexplicable! Only a woman who has waited for long to have children will understand what I am saying. Often, when I go out and come back home, and I see my three miracle children running out screaming, ‘Mummy Oyoyo’, I am dazed that they are mine. Sometimes, I sit in the car and cry before I alight; tears of joy this time around.

What’s the greatest gift your husband ever gave to you?

The greatest gift my husband has given to me is the love he has had for me. He does not only love by word of mouth, he shows it. He has given me peace of mind. He has given me the freedom to be myself and fulfill my music calling. Some people just marry a woman and clamp down on all her divine endowments.

They end up reducing a shining star to deadwood. But my husband is different. He encourages me a lot and stands by me all the way. When people say we have been married for 30 years and we don’t look at it, it is because of the joy, the friendship, and peace of mind we have had. I have seen women who got married, and that was the end of Solomon Grundy, all potentials completely decimated by the same person who was supposed to love, lift, and protect her.

When you look back these last 30 years, what has been your happiest moment?

I have had very many happy moments. I am generally a happy, go-go-person. And my husband has ensured that I remain happy with his comportment and relationship with me. You know, some spouses are joy killers. Thankfully, I was not saddled with anyone like that. But understandably, one of my happiest highpoints was the arrival of my children after many years of waiting.

What has been your saddest moment?

As a sanguine and happy-go-lucky girl that I’ve been, I have had my sad moments, severally. Some made me to weep for several nights. But such is life. Sometimes we cry, sometimes we laugh. Life never tells us what to expect, but you must brace up to take it as it comes.

I could say one of my saddest moments was when I had a medical verdict that I would not be able to bear children; and to crown it all, my IVF trial failed! It was one of the emotional bomb blasts I have had to face in my life.

You released a song amidst the COVID-19 pandemic just prior to your 30th anniversary. Tell us about it.

Yes, I released ‘Victory in Your Name’ at the outset of the COVID-19 pandemic. The song is my faith response to the pandemic. I found out that the fear on the ground was bigger than the Coronavirus itself. There are some people who would never get Coronavirus, but fear would kill them.

So, I had to go to work to remind people that no matter how bad it is, God remains our refuge and strength, our fortress of hope and very present help in trouble, and we have victory in His name. We always advise people to observe the safety protocols, but if you don’t have your faith in God in these times, fear could kill you even with your nose mask and sanitizer on your hand.

I thank God that so many people have testified to being blessed by the song. It has been a restoration of hope. Soon, Coronavirus will be history, because our faith in God will triumph.