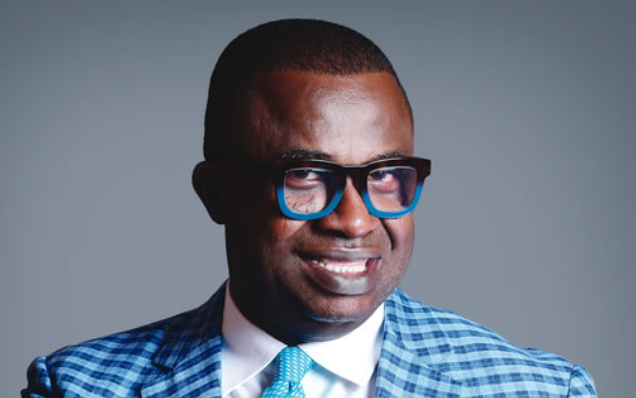 It is one of the factors of male fertility in which there is a complete lack of sperm during ejaculation. Zero sperm count is considered a severe condition but does not mean that your testicles do not produce sperm. But it means the sperm is not able to make it into the ejaculate. You may feel ashamed or embarrassed about the condition, however, because of the increased risk of overall health problems, it is important to be honest and let your doctor know about your challenge, explains consultant fertility doctor, Abayomi Ajayi.

Read on to see how Dr. Abayomi’s piece for PUNCH may benefit you or someone you know who’s suffering from azoospermia.

If there is no sperm or semen found in your ejaculate, it simply means that you are suffering from azoospermia – a condition that affects 1 in 10 men who are having fertility problems.

Receiving a diagnosis of zero sperm count can be emotionally difficult, but it is not the end of the road. You should not feel worried if you are facing this problem, because treatment is available. Earlier the only way to treat the issue was with donor sperm, but with the advancement in science and technology more options are available.

Normally, a man’s fertility declines as he ages, but the current rate of decline as a result of poor sperm parameters is significant. With 40 percent of fertility issues being male-related, male infertility is becoming more predominant as a result of men being diagnosed with low sperm count and poor motility. Men are being identified as the reason why couples are not getting pregnant.

A “normal” sperm count will have an overall volume of at least 1.5ml, a density of more than 15 million sperm per ml and motility of at least 40 percent and a proportion of normal forms of three to four percent or greater.

That is not to say that if you have a lower sperm count you can’t get your wife pregnant. All that it takes is just one sperm. The challenge is that the chances of pregnancy are reduced by low sperm counts or sperm that do not swim well. The complete absence of sperm in the ejaculate (azoospermia) can be either because of a blockage in the organ that stores and nourishes sperms as they mature (the epididymis), or in the long tube that transports sperm cells from the epididymis to the testicles (vas deferens), or a problem with the actual production of sperm in the testicles.

There are treatment options and you may still be able to have a genetic child after a diagnosis of azoospermia, and if not, you may need to consider using a sperm donor or looking at adoption, or foster parenting.

There are some genetic causes or congenital anomalies that can lead to obstructive azoospermia. Some men are born with a blockage in the epididymis or ejaculatory duct, while others may be missing the vas deferens on one or both sides of the reproductive tract. The causes of these anomalies are not always known.

Semen analysis is the only way to know if your sperm count is abnormal or zero. If your first semen analysis comes back with zero sperm, you would need to repeat the test a few months after.

Fertility treatment will depend on the specific kind of azoospermia and the cause of the problem. Also, your partner’s fertility situation will also determine treatment choices. When surgery can correct obstructive azoospermia, natural conception may be possible.

Testicular sperm extraction, or TESA, may be used to extract sperm cells directly from your testes. You will receive sedation or general anesthesia before the procedure. The doctor will make a small incision in the scrotum and extract tissue from your testes. That tissue will be examined for sperm cells and, if not being used right away, cryopreserved.

Sperm cells extracted via TESA can only be used with IVF and ICSI— Intracytoplasmic Sperm Injection—is when a single sperm cell is directly injected into an egg. If fertilisation takes place then the resulting embryo is transferred to the woman’s uterus.

Another possible fertility treatment option is to use a donor sperm. A sperm donor may be chosen because getting sperm isn’t an option (for example, testicular sperm extraction is not always successful or possible), or this can be a first-line choice after diagnosis because other treatment options are too expensive. Some men choose to go with a sperm donor because they don’t want to risk passing along male infertility to their child (a possibility in some cases).

Another possible option is using an embryo donor. The donated embryo would be transferred to the woman’s uterus (or a surrogate.) If you choose to use an embryo donor, neither intended parent would be genetically related to the child.

If you produce little or no sperm, IVF along with ICSI is the way to go. This method has helped many infertile couples to successfully conceive. In the IVF cycle, the woman is given hormonal injections which help in producing more eggs of good quality.

With ICSI, the sperm is injected into the egg for fertilisation. Once the embryo is formed, it is placed back in the woman’s reproductive tract which helps the women to get pregnant.