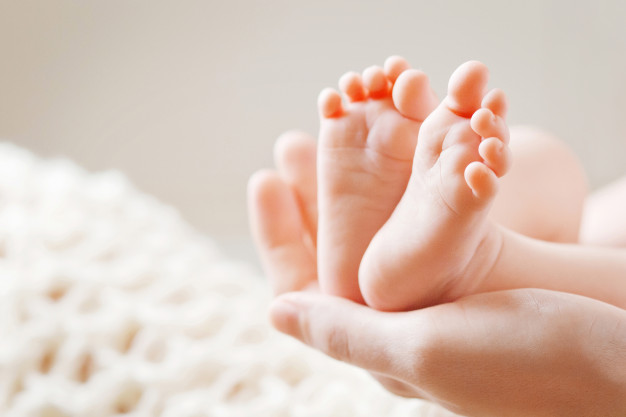 In a world-first, a woman rendered infertile by cancer treatment gave birth after one of her immature eggs was matured, frozen, and then – five years later – thawed and fertilised, researchers in France reported.

A study in the journal Annals of Oncology published in February describes how the baby boy was born to a 34-year-old French woman who had been treated with chemotherapy for breast cancer.

After the age of 40, some 40 percent of breast cancer patients transition into menopause because of their treatment. At 30 years old, the rate is 15 to 20 percent.

Before the cancer treatment of the unnamed woman began, doctors removed seven immature eggs from her ovaries and used a technique called in vitro maturation (IVM) to allow the eggs to develop further in the laboratory.

Up to now, there have been no successful pregnancies in cancer patients with eggs that have undergone IVM and freezing. Some children, however, have been born as a result of IVM immediately followed by fertilisation and transfer to the patient.

Michael Grynberg, head of the Department of Reproductive Medicine and Fertility Preservation at Antoine Beclere University Hospital near Paris, recalled becoming aware of the then 29-year-old patient’s case.

“I offered her the option of egg freezing after IVM, and also freezing ovarian tissue,”

The patient rejected the second option as being too invasive only days after a cancer diagnosis. So-called cryopreservation of ovarian tissue is an experimental method in which the outer layer of an ovary – which contains immature eggs – is taken out of the body and frozen for future use.

In the case of the French patient, ultrasound revealed that there were 17 small, fluid-filled sacs containing immature eggs in her ovaries. But using hormones to stimulate the ovaries to ripen the eggs would have taken too long and might have made her cancer worse, leaving retrieval of the immature eggs and freezing as the best option.

“The technique of preservation through freezing without (hormone) stimulation works less well, but in this case we didn’t really have a choice,”

After five years, the patient recovered from breast cancer, but she was unable to conceive naturally. The chemo had made her infertile.

Six of the eggs that had been frozen five years earlier survived the thawing process, and five were successfully fertilised. One of these fertilised eggs was transferred to the patient’s womb, and she gave birth to a healthy baby boy, named Jules, on July 6, 2019.

No information was provided on the identity of the biological father.

“We have shown that this technique — even if it can be improved — allows women in this situation to have children,”

Experts not involved in the procedure described it as a breakthrough.

“Getting eggs to mature successfully after removal from the ovary has been a challenge, so this is a very welcome positive step,”

said Richard Anderson, head of obstetrics and Gynaecology at the MRC Centre for Reproductive Health at the University of Edinburgh.

Freezing eggs at that stage also means that they remain the woman’s property, without the complications that using a partner’s sperm to fertilise can engender, he noted.

“This advance is particularly important for cancer patients, but it’s also a step towards easier and less invasive in vitro fertilisation (IVF),”