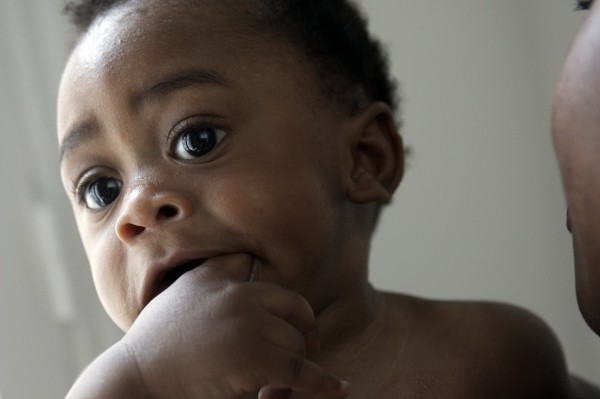 Every baby goes through the teething phase. It surely is one significant time for both the baby and parents to experience together.

For most new parents, the experience can be challenging and that is why I find this interview with Dr Nnaemeka Omeje, a Consultant Paediatrician, Alex Ekwueme Federal University Teaching Hospital, Abakaliki, Ebonyi State, very enlightening.

The expert speaks with PUNCH on teething, a natural occurrence in babies that could lead to problems if not well-managed.

Teething is a process by which teeth erupt or break through the gum and appear on the surface. While the baby is still in the uterus, you will find that the teeth develop within the mandible (lower jaw bone) and the maxillae (upper jaw bone). But over time, between the ages of six months and 12 months, the teeth come to the surface and break through the gum. It is that process of eruption that is called teething.

Are there stages when this process occurs in babies?

There are two sets of teeth in children. The first is the milk teeth that appear within six months and 12 months. But from five and a half years to six years or so, the milk teeth will gradually be replaced by the permanent set of teeth that the child will have. So, the process of teething can actually be in two stages.

There is the primary one – the one in which there are many misconceptions and assumptions such that many mothers tend to do some things that may be harmful to the baby because there may be some symptoms associated with primary teeth eruption.

But the permanent teeth eruption does not cause symptoms that anybody should be worried about.

How long does it take for the primary teeth to erupt?

Actually, no one knows exactly how long. But the teeth erupt around six months of life. Usually, an observant mother may notice some symptoms three to five days before the teeth eventually break through the surface of the gum and are visible when the child opens the mouth.

What are the signs and symptoms that an observant mother should notice?

While a tooth is moving underneath the gum tissue and just before it erupts, there may be some soreness or swelling. So, the child may become irritable and there may be loss of appetite because the mouth is sore; the child doesn’t want anything worsening the pain.

The child may once in a while bring the hand to the mouth or introduce objects to the mouth in an attempt to reduce that discomfort. Also, there may be some mild rash because there is excessive drooling which can cause skin irritation. The mother may notice the child rubbing the affected jaw because of the pain from the tooth that is about to erupt. Those are some of the symptoms.

But there are other symptoms that are not usually associated with eruption. For instance, teething is not known to cause fever, diarrhoea, vomiting or serious illness. The problem is that many mothers may attribute such symptoms to teething and in doing so; diagnosis of a more serious illness may be missed because they may think it’s just teething.

Are there complications when teething occurs?

No. Teething is a normal physiological occurrence. It is not associated with any serious illness, not to speak of complications. However, the complication may be from wrong interventions, when you give things that you shouldn’t have given (to the child) just because you suspect teething or you neglect other illnesses and think it’s because of teething.

Sometime in 2008 or 2009, over 84 babies died as result of the administration of a particular brand of teething powder that was contaminated by a very toxic chemical which led to kidney injuries. Those may be some of the complications that may arise from teething.

What do some mothers do during teething that may be dangerous to their babies?

Drugs are poisons and they have side effects, while they carry out all the intended effects. So, ordinarily, mothers shouldn’t give drugs for teething. However, if the symptoms become worrisome, they may just give over-the-counter paracetamol and prescribed paediatric doses.

We have once managed a six-month-old child whose mother gave a very high dose of paracetamol just to relieve the pain but ended up causing liver failure in a child. Paracetamol may be a common drug but it could damage the liver. When a mother overzealously administers drugs on a child, they may have other effects on the child.

What young mothers can do when their babies are teething and there are obvious symptoms is to visit a hospital so that a doctor can examine the child and rule out other problems, including malaria, pneumonia and ear infections which can make a child to have fever.

Teething coincides with the time the mother’s protective antibodies begin to wane. That is why babies at that age begin to have malaria attacks and other infections because the maternal anti-bodies have dropped.

Can infection occur during teething?

Yes. But that usually coincides with teeth eruption. But there may be gum infection when someone rubs the surface of the baby’s gum and introduces germs in the process of trying to soothe the baby. However, teething does not lead to infection.

How problematic can the management of teething be for new parents?

It can be very problematic. You can imagine a young couple having a cute baby and all of a sudden, the child becomes irritable and refuses to accept food. It can be very disturbing for a couple.

That is why, in an attempt to soothe the baby, they (parents) tend to over-treat and give things they shouldn’t have given. The soreness around the gum normalises within three to five days.

Are there home remedies?

Yes. There are things the parents can do to help the child. The first thing is to know that the child is teething and be sure that the symptoms are not those of more severe illnesses. Once it is noticed that the child has fever, diarrhoea, cough or is vomiting, it is most likely not as a result of teething.

The second is to try to rub a clean finger on the swollen gum. So, the mother has to wash her hands very well and try to rub that swollen gum with her clean finger. That will give the child some relief. The child may initially try to resist but would later find that it is soothing.

In developed countries, teething rings (a device that a teething baby can bite on) can be used. The other thing may just be a mild dose of paracetamol or ibuprofen; but that should be for a day or two, not for one week or two weeks because it could poison the child.

Are there other things young mothers should avoid in the management of teething?

When should a mother consult a paediatrician?

A mother could consult a paediatrician when there is an aberrant eruption, delayed or premature eruption. In some babies, you may notice that they may have one tooth in their mouth; this is called a natal tooth.

Within the first 30 days of life, there may be an eruption called neonatal teeth; because they are not as strong as the normal teething, they may cause injury to the baby while it is trying to suckle its mother’s breasts. They may also lacerate the mother’s nipple or be dislodged.

When these happen, a paediatrician or paediatric dental specialist should be consulted. Help should also be sought when there is dental crowding – having more than one or two teeth at a place.