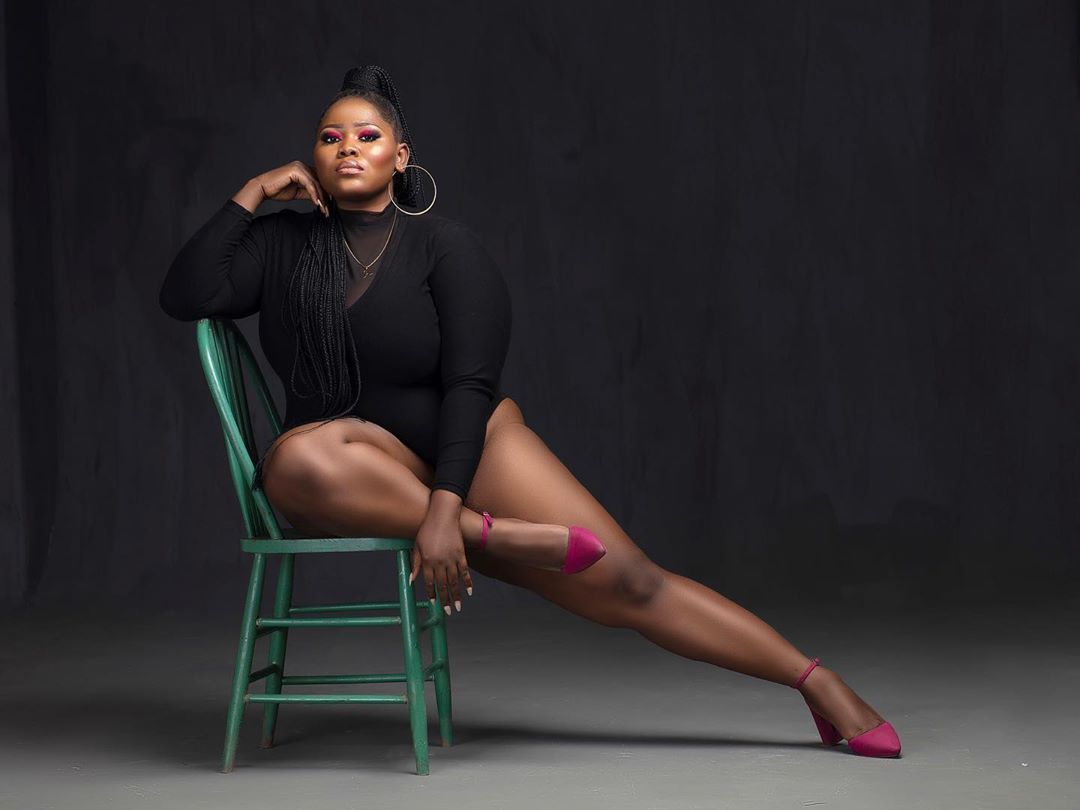 It is no longer news that plus-sized ladies are often mocked and body-shamed on social media yet actress and social media influencer, Monalisa Stephen, has become quite notorious for unashamedly showing off her body even if it does not fit the ‘acceptable social media standard’.

In an interview with Saturday Beats, Stephen disclosed that she had been called derogatory names and even compared to animals, but she maintains that speaking up for herself and other plus-sized women is a course that she is committed to.

“I do not have any insecurity and it’s funny that people think I have. I have been talking about body positivity for almost 10 years.

I don’t talk about these things for the sake of clout or to hide any insecurity. I am also not depressed about my body.

I am happy with the way I look and love my body. I speak out to encourage plus size people who have been silenced and their mental health has been messed with.

Although one does not have to go naked to preach about body positivity, I like practical things and want to show what I’m preaching.

If you say that I should not be ashamed of my stretch marks, then show it to me. I am real and don’t see anything bad about exposing my body.

“People have compared me to animals. They called me ‘elephant’ and other things and even say I look horrible.

There was a time I was trying to air my opinion on a topic and someone said, ‘Is it because we allowed you to be among human beings, is that why you think you have an opinion, with the way you look’?

I wondered how someone could say such hurtful things about a human. A guy once told me he was doing me a favour by dating me.

Right now, I have developed a tough skin and want to put an end to body-shaming.”

The model also maintained that she was living a healthy life and had a love life.

“I am healthy. I like to make my own meals and eat vegetables. I cannot even remember the last time I ate pizza.

I eat healthily and take care of myself. I don’t want to die or have health issues such as high blood pressure and diabetes.”

About marriage, she had this to say:

“I am not against marriage but I don’t want to be married or have my own children. I would rather adopt children.

I am not the ‘marriage’ type. I don’t think marriage is the main purpose why we are on earth. I don’t also like the Nigerian mentality where people think that at a certain age, one has to be married.

Marriage is not a do-or-die affair. That is why people are getting into wrong relationships.

There are people that live together as partners and they are even doing better than legally married ones.

There is a man in my life and it is a committed relationship but it is not one that will lead to marriage. We advise each other and I love it that way.”