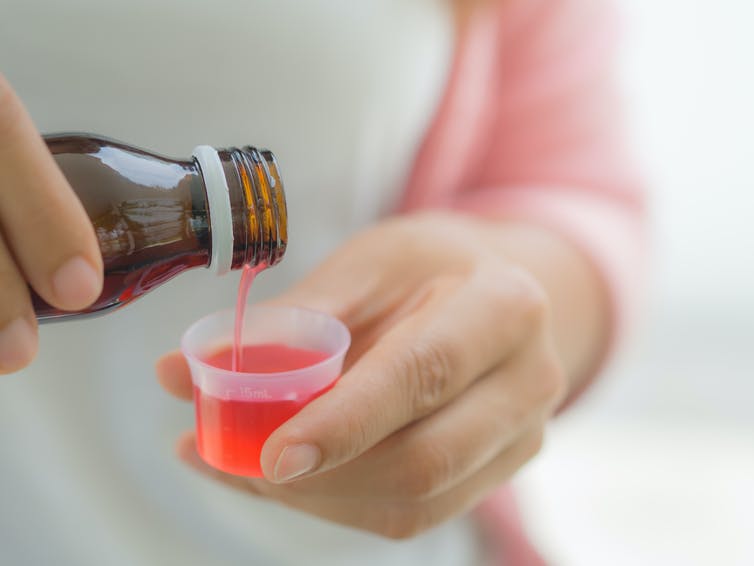 Antibiotics can be a lifesaving treatment for children with bacterial infections and are the most commonly prescribed therapy among all medications given to children.

However, according to a study published in the journal Mayo Clinic Proceedings sparked concern Monday, antibiotic use among children under two may increase the risk of health issues later in life, including asthma, eczema and weight problems. But experts tell Yahoo Life that the research doesn’t prove a causal relationship — rather it uncovers an association between the two that needs to be examined more closely.

“Antibiotics are remarkable drugs that, when used appropriately, save lives and prevent severe consequences of bacterial infections,” senior author of the study, Nathan LeBrasseur, professor and co-chair of research in the department of physical medicine and rehabilitation at the Mayo Clinic, tells Yahoo Life.

“Antibiotics are widely-viewed as safe, particularly in children, and we — parents, caregivers, etc. — may press a practitioner to provide our child an antibiotic even if there is strong evidence that their cough or earache is caused by a virus, not a bacterial infection. Our findings suggest we should be cautious with this approach.”

The study involved more than 14,000 children born in Minnesota between January 1, 2003, and December 31, 2011. Of those 14,000 children, 70 percent had received at least one antibiotic prescription during the first two years of life, according to the study.

The researchers found that early exposure to antibiotics was associated with a higher risk of childhood-onset asthma, hay fever, eczema, celiac disease, being overweight or obese and attention deficit hyperactivity disorder (ADHD) later in life.

It also revealed some gender differences. Girls, in particular, were “uniquely more susceptible” to eczema and celiac disease, while boys were more susceptible to obesity.

In addition, children who took more than one antibiotic seemed to have a higher risk. The study authors wrote:

“Among children who received 1 or 2 prescriptions, only girls were at a significantly higher risk of developing asthma and celiac disease than those unexposed. By contrast, receiving 3 to 4 prescriptions was associated with a higher incidence of asthma, atopic dermatitis [eczema], and overweight in both sexes; ADHD and celiac disease in girls; and obesity in boys.”

But both girls and boys who received five or more prescriptions of antibiotics had a “significantly higher risk of developing asthma, allergic rhinitis [hay fever], overweight, obesity, and ADHD,” according to the study, while girls, in particular, showed a higher risk of celiac disease.

“Our findings demonstrate an association between antibiotic exposure during a key period of development — 0-2 years of age — and the risk of several health conditions with childhood onset,” LeBrasseur says.

“The greater the exposure, defined by the number of prescriptions, the greater the risk.” (The researchers noted in the study that “penicillins, cephalosporins, and macrolides, including lincomycins” were prescribed most often.)

LeBrasseur explains that antibiotics have a “marked effect on the microbiome” — the genetic material of all microbes, including bacteria, fungi and viruses, living in and on the human body, according to the University of Washington — which helps “orchestrate development.”

As the researchers explained in the study: “The bacterial communities colonizing the human body play essential roles in the development of host immunity, metabolism, and behavior.”

Antibiotics have the ability to “disrupt the good bacteria in the microbiome, which protect against allergies and asthma,” Dr. Purvi Parikh, an allergist and immunologist with the Allergy and Asthma Network, tells Yahoo Life.

“So if you overuse antibiotics there is a risk of disrupting it and causing more issues down the line, such as allergies and asthma.”

Parikh says it’s important to note, though, that the study is “just an association or observation — not a direct cause and effect,” adding that a randomized double blind placebo study would be needed to determine that.

Dr. Alan Schroeder, a critical care specialist at Lucile Packard Children’s Hospital Stanford, agrees, and notes that the study also has some limitations. For example, “they don’t look at breastfeeding, which is a huge potential confounder here,” Schroeder tells Yahoo Life.

“Many studies have found breastfeeding reduces infection in the first couple of years of life and it reduces chronic diseases.”

According to the Centers for Disease Control and Prevention, infants who are breastfed have a lower risk of asthma, obesity and other health conditions.

It’s also possible that there are some underlying health conditions at play. “There may be things that are different about kids who wind up needing antibiotics,” says Schroeder, which may explain “some of the outcomes that we are seeing here.”

He adds that it’s possible “kids who are prone to some of these chronic disease like asthma may end up getting more respiratory infections in life, which drives antibiotic exposure.”

“I don’t think this changes the safety profile” of antibiotics. “It’s something to keep in mind as a potential long-term effect of antibiotics on the microbiome, but we need further studies to really prove it.” He adds: “Antibiotics are generally very safe.”

Schroeder, who wrote in a blog post that “antibiotics save lives, irrefutably,” tells Yahoo Life that the medications “really have been game-changers in the last half century.”

The study simply “underscores the importance of using antibiotics in the most careful way,” says Kaplan, by focusing on only prescribing them to treat “true bacterial infections.”

Parikh agrees, adding that “antibiotics should be used if needed” and that this study is more about cautioning against “unnecessary use.”

Adds Schroeder: “Not everything warrants an antibiotic.” But, he says, “In the end, you want to trust your pediatrician. If they feel strongly that it’s indicated, it’s probably worth giving.”

SEE ALSO: Expert Advice On The Correct Way To Use Antibiotics

LeBrasseur hopes this research will increase awareness and lead to efforts “to guide the appropriate use of antibiotics in children.” He says, “Further studies will hopefully provide clearer guidelines on which antibiotics are effective yet pose the lowest risk.”