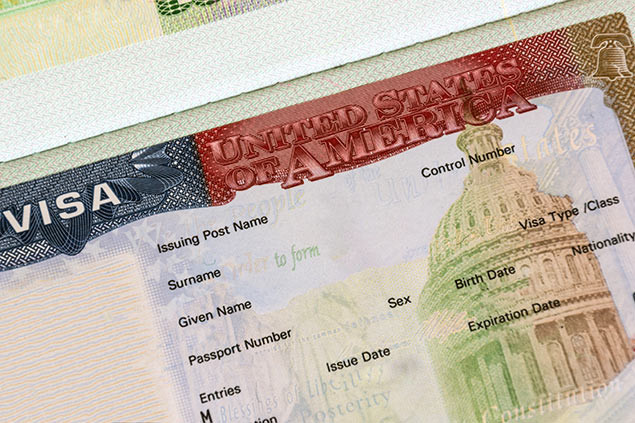 The United States has removed the reciprocity fee imposed on visa applications from Nigeria. The fee was imposed in August 2019 on applicants whose non-immigrant visa applications are granted. The US Consulate at the time said it was “reciprocating” the extra visa fee the Nigerian government charges American citizens.

The US consulate argued that while the US charged Nigerians $160 for visa application, its citizens seeking Nigerian visa were paying $110 extra. As a result, the federal government reduced visa application fees for US citizens.

In a statement released on Friday, December 4, the Ministry of Foreign Affairs said the reciprocity fee will no longer be effected from December 3, 2020.

The positive development is in line with the removal of excess visa application, processing and biometric fees for United States citizens applying for Nigerian visas by the Nigerian government.

The United States government has therefore eliminated reciprocity fees for Nigerian citizens with effect from December 3, 2020.”

See a copy of the statement below; 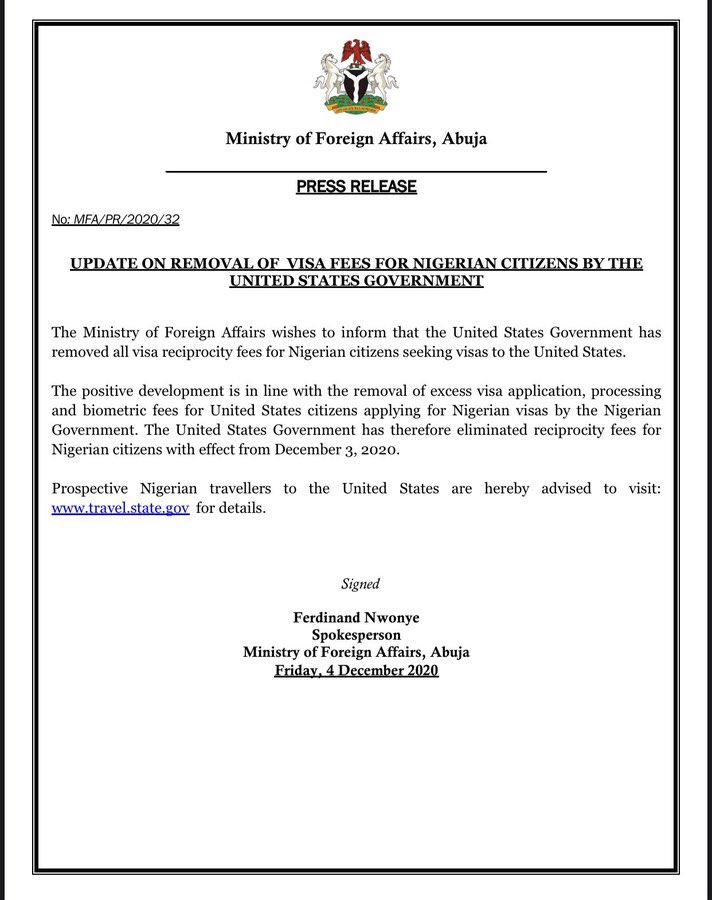