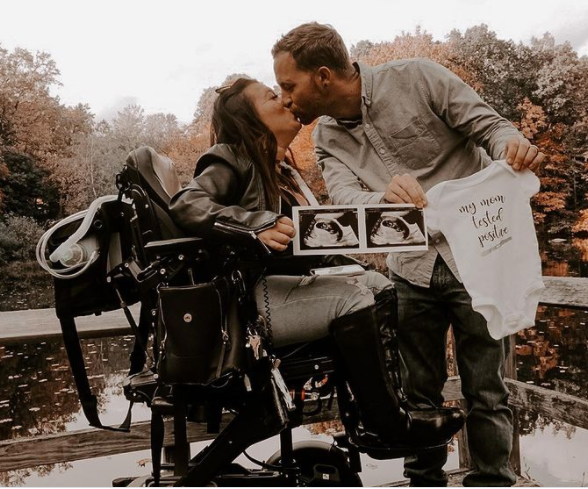 A 30-year-old woman with a spinal cord injury who has been a wheelchair user her entire life, is sharing her joy with the world about getting pregnant.

Alyssa Higgins from Rockland County, New York, who is a disability advocate, shared the sweet news on Instagram in October with a photoshoot surprising her husband, Jimmy Higgins.

“I had no idea what to say,” Jimmy, 30, told “Good Morning America.” “I just turned around and my jaw dropped.”

The news came as a shock for the couple who had been trying to have a baby, but weren’t sure if it was possible due to her injury and health. Alyssa said:

“I didn’t even know if I could get pregnant with a spinal cord injury, but also because I have one ovary. The ovary thing made it get into my head more when I thought I couldn’t get pregnant. But it was always a possible thing.”

Alyssa suffered a spinal cord injury at birth due to birth complications. She was placed in an incubator and couldn’t breathe on her own. It wasn’t until she was 18 months old that she started to gain movement in her fingers.

Alyssa’s injury was at the cervical level of her vertebrae, at C1-C2, which is at the top of the spine. This injury affected the left side of her body, which is weaker than her right, preventing her from being able to move on her own. 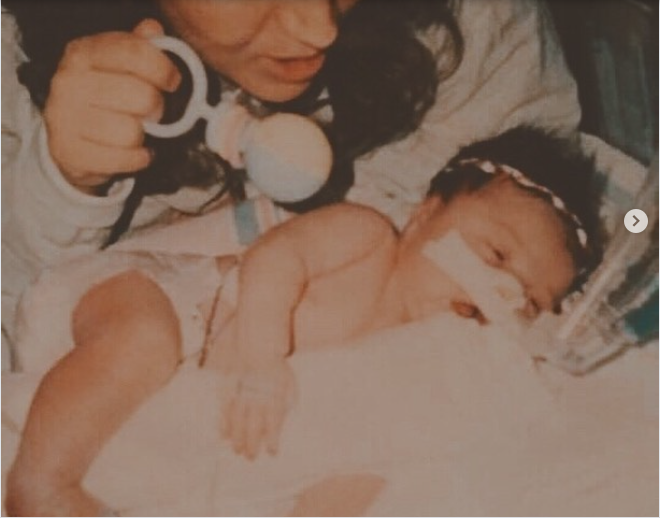 But growing up, Alyssa said her family was her rock and treated her the same as everyone else.

“My parents treated me like I didn’t even have a disability,” Alyssa explained, and said that she had friends and neighbors who were also very supportive of her.

When she met Jimmy on a dating site in 2013, Alyssa said she concealed her wheelchair in most of her profile pictures. And it wasn’t until their first date that Jimmy learned of her condition. Still, it didn’t deter him from falling in love with her.

”7 and a half years ago was when we met. We got married 6 years later on the same exact day of our first date. Both Fridays. Both June 7th.

A lot of you have been asking how we met. Jimmy and I met on a dating site, exchanged messages on there, decided to exchange Facebook’s and phone numbers. We were talking for a few days and then he asked me on our first date.

A little side note: he didn’t realize I had a disability because I somewhat hid it in my pictures on the site. Why? I was young and naive! DON’T DO WHAT I DID!!!!

He realized I had a disability once we became friends on Facebook but still wanted to take me out for a date. It was my first ever date at the age of 22.

I told him I was nervous. He said don’t be I can tell I already like you.

And the rest was history!!,”

she captioned the photo below. 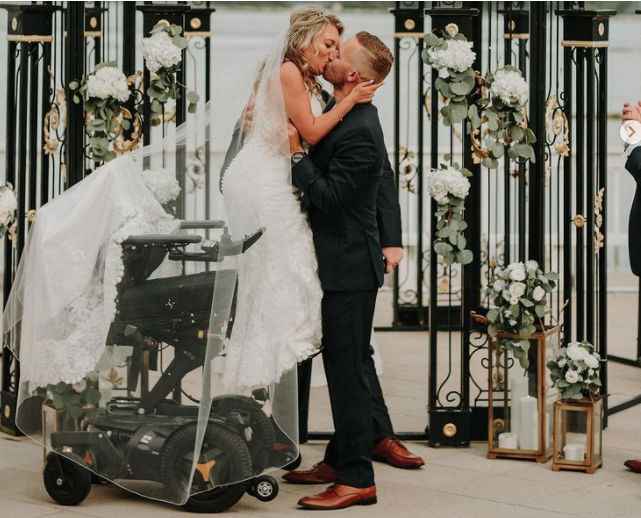 “I liked her for just the conversation we had while getting to know each other,” said Jimmy. The two were engaged in 2017 and were married in 2019.

READ ALSO: Paralympian Mum, Tanni Grey-Thompson Reveals How Strangers And Even Doctors Judged Her For Wanting To Be A Mother

The couple said they always wanted kids and were trying but weren’t sure it would be in their future.

According to the United Spinal Association, there is no evidence that shows that a spinal cord injury affects a woman’s ability to conceive. However, there are many concerns that may come up such as the effects of pregnancy on women who have a disability.

“We were trying, but for some reason I just wasn’t expecting that to happen,” said Jimmy.

“We weren’t rushing, I just let it happen,” added Alyssa. 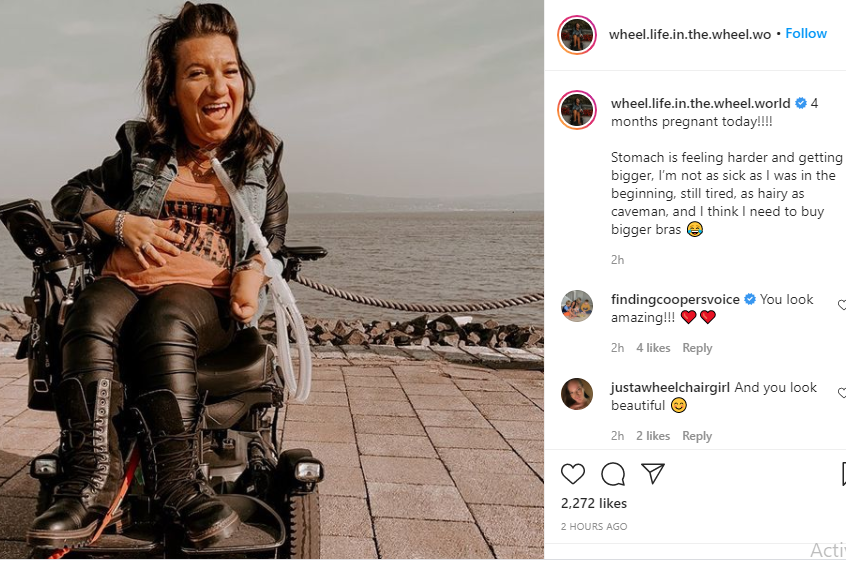 While Alyssa was never told she couldn’t have children, she pointed out that there were people who had doubts that she would be capable of carrying. But she was optimistic about it. Alyssa said:

“I don’t have any fears in general. I’ve been through so much that it’s like, ‘let’s bring it.’ There was no fear, I was excited.”

Her message to other women who do have a spinal cord injury and are planning on having children is to talk to your doctor first and see if you can conceive.

“Just go for it and you never know,” she said.

Now, Higgins is documenting her pregnancy journey on her Instagram account, @wheel.life.in.the.wheel.world, where she answers any questions that her followers may have about her injury and also brings visibility to others with spinal cord injuries.