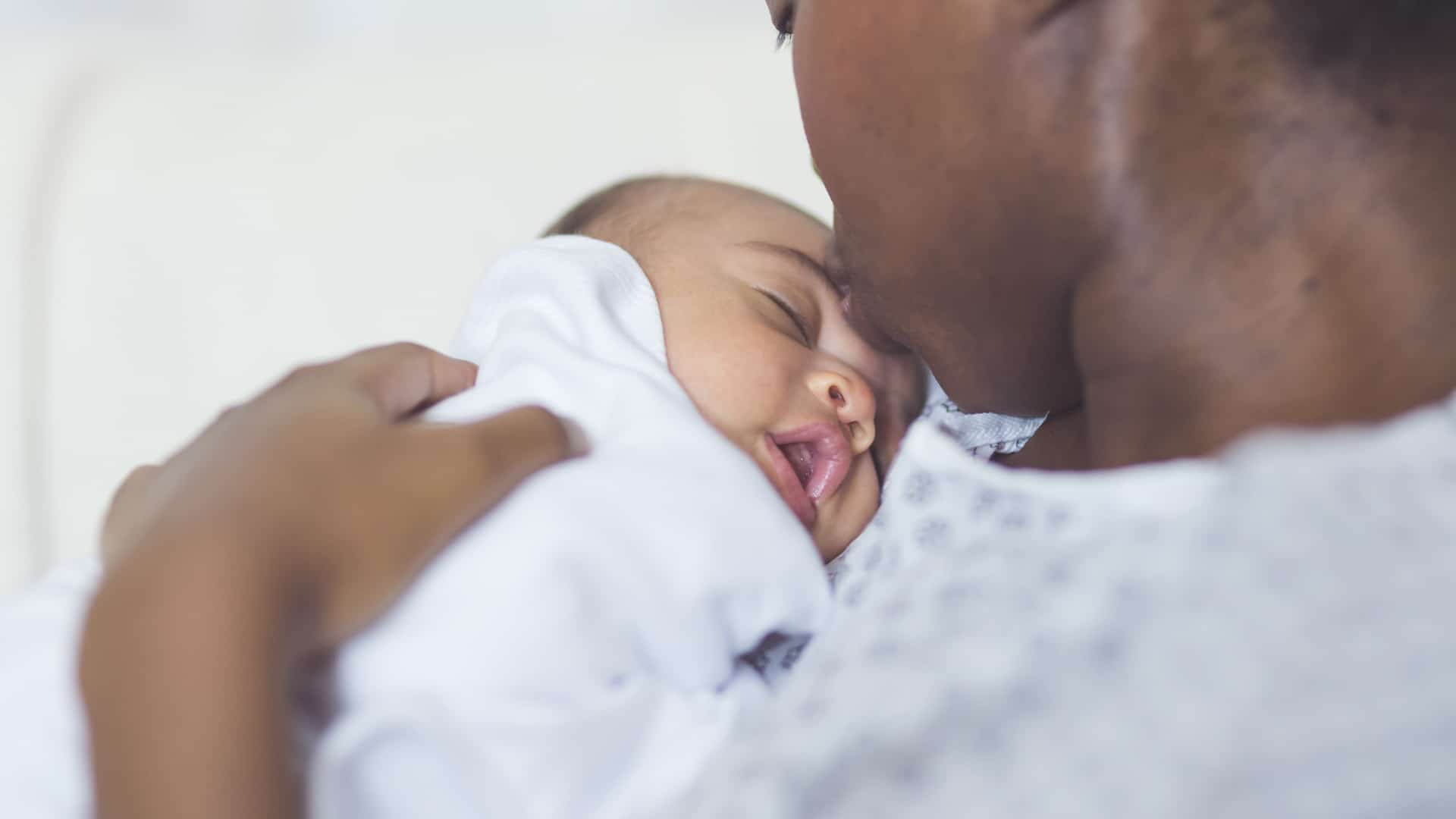 A consultant paediatrician at the Nigerian Institute of Medical Research, Yaba, Lagos, Dr Agatha David, says kissing a newborn on the lips or any part of the face can be fatal.

She says that this innocent seemingly act can lead to meningitis, a viral infection caused by herpes. She warned parents against allowing outsiders to carry their newborns, especially within the first month of life, noting that their immune system is still very fragile to fight off pathogens or environmental germs.

Dr. David, who is the head, Clinical Trial Research Group and Chief Research Fellow at NIMR, disclosed this during an interview with PUNCH HealthWise, adding that some adults have blisters on the side of their lips caused by Herpes Simplex virus, and can also have it transmitted to a newborn through their breath.

READ ALSO: What You Must Know About Herpes Simplex Infection And Babies

“A baby’s immune system is not properly developed to fight off the infection.

“Herpes can be fatal at whatever age, and can manifest like blisters or fever burns.

“Herpes doesn’t clear, as it stays in the body and manifests when the immune system is suppressed.

“Kissing a baby on the face can cause such an infection that affects even the brain, and can lead to death,”

David explained that meningitis is an inflammation of the fluid and membranes surrounding the brain and spinal cord. She said it is often less severe than bacterial meningitis, and that most people get better on their own, but that babies younger than one-month-old are more likely to have a severe illness from viral meningitis.

“People displaying any visible signs of illness or the common cold, cough, runny nose, sore throat, or a rash should not come into close contact with a newborn.

“People should treat newborns with respect. Wash and sanitise your hands when paying a visit to a home where there is a new baby. Don’t get too close.

“It is our culture to show love and care to a newborn, but such acts can endanger the life of the baby,”

The Centres for Disease Control and Prevention also warned that herpes virus, which commonly affects the mouth in the form of cold sores, can cause significant infections in newborns.

“Herpes outbreaks can be painful or unsightly in adults; and when a newborn is infected with herpes, serious and, sometimes, fatal complications can occur,”

In a report by Dr Karin Nielsen, a clinical professor of paediatrics in the division of Infectious Diseases, David Geffen School of Medicine, University of California, Los Angeles, the USA, published in Healthline, infants are particularly vulnerable to HSV-1.

She also noted that if someone with active HSV-1 infection kisses a baby, there is a significant risk, especially during the newborn period, for the baby to become infected.

“In the specific situation of herpes simplex virus or HSV, some people may have cold sores around their lips, or just start manifesting them, and kissing can transmit the virus to others, particularly to infants, who are more susceptible as they have no prior immunity.”

Another expert, Dr Dean Blumberg, Head of Paediatric Infectious Diseases at the University of California Davis Children’s Hospital, USA, said parents need to be particularly vigilant when their babies are still only a few months old.

She explained that viral meningitis is just one of the illnesses that can prove fatal to newborns, noting that before children are immunised, they can catch any illnesses that are otherwise preventable by vaccines.

“Influenza, whooping cough and other respiratory viruses are some of the diseases that can be serious for babies.

“The immune system becomes stronger and matures with age,”

“The newborn period is not the time to try to build immunity. It is the time to protect newborns from others who are sick.

“It is the time to stimulate bonding between the infant and the parents, and a time of significant adaptation.

“As such, it should be a quiet time with few visitors and a time for parents to spend time at home with their babies, as they develop their routines and their schedules.”

Blumberg observed that many new parents will struggle to keep well-meaning visitors to a minimum, but maintained that safety of the newborn should be a priority.

“This is a difficult issue because there are many family and cultural expectations that need to be balanced by limiting exposure to possible infections.

“I do not recommend limiting it to any specific number of visitors. Instead, make sure that all visitors are immunised and healthy,”

Blumberg further advised parents to keep an eye out for particular symptoms in babies that could indicate serious illness.

“Any fever in the first month of life could indicate a serious infection.

Continuing, she said, “Other concerning signs or symptoms include any difficulty in breathing, vomiting, diarrhoea, poor feeding that leads to weight loss, decreased urination and possible dehydration, and development of a rash without a known cause.

“Infants with serious infections will stop eating, will not wake up, or may become extremely irritable.

“They may have seizures [repetitive movements], they will be listless, lethargic, or cry nonstop in the beginning.

“They may have moments in which they stop breathing, change colour, or look limp.

“However, they do not need to have all these symptoms together, one symptom alone is enough cause for investigation,”