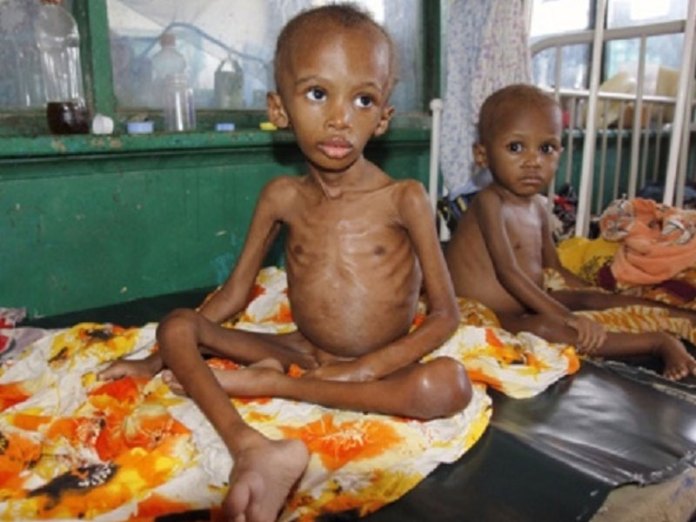 Malnutrition is caused by the interaction of poor quality diets and poor health environments and is manifest in a number of different ways:

However, nutrition experts have called for the addition of soybeans to wheat flour in the production of staples such as bread, pasta and noodles, as a way to tackle malnutrition in the country.

The experts made this call while speaking at the Protein Challenge Webinar Series 7 which held recently. The webinar was themed: “Nigeria’s Protein Deficiency Challenge: Soybeans To The Rescue.”

Mrs. Josephine Chukwunweike, a nutritionist and member of the Nutrition Society of Nigeria (NSN), stated that children’s (ages 0 to five years) growth is usually dependent on diet and way of life, not solely on genetics.

She added that protein is a vital nutrient needed for the development, upkeep and repair of all the cells in the human body.

She further explained that soybean is a very healthy and cheap source of protein, which should be added in the production of staples. She also urged the government to educate farmers on the appropriate methods in farming to increase the production of soybeans in the country.

“Soybeans consist of more than 36 per cent protein, 30 per cent carbohydrates, and excellent amounts of dietary fibre, vitamins and minerals.

It also has 20 per cent oil, which makes it the most important crop for producing edible oil. A by-product from the oil production (soybean cake) is used as a high-protein animal feed in many countries.”

She revealed that soybean can be used in the production of soymilk, soy cake, tofu and soybean oil.

Another panelist, Mr. Charles Nkwoala, a community nutritionist with a specialty in Nutrition Education, said that people do not go to a shop to buy protein, minerals or vitamins, but food. Soybean is food and is very rich in protein, hence when people eat soybean, a high amount of protein has been consumed.

According to him, soybean should be diversified by creating more products with it. He cited noodles as an example as it is the favourite of most children. He noted that there should be Community Nutrition Education on the benefits of soybean consumption.

The keynote speaker, Professor Ibiyemi Olayiwola, a professor of Human Nutrition, Department of Nutrition and Dietetics, Bowen University, Iwo Osun State, stated that protein deficiency has led to a number of diseases among vulnerable groups such as wasting, stunting and underweight.

She said that protein is needed at different stages of life for growth, to boost the immune system and for energy.

“The biological value of soybean cannot be overlooked and should be integrated into most of our meals. Protein is the reason that soybeans have historically been called ‘meat of the field’ or ‘meat without bones’,”

“Nutrition experts agreed on RDA (recommended dietary allowance) of at least 0.8g/kg body weight/day that safely and adequately meets the protein needs of most healthy persons.”

She encouraged people to be soy-centered by keeping soybean in the kitchen and consuming soy sauce, soy milk, tofu, soy meal, soy flour, and soybean oil daily. She explained that it has 86 percent net protein utilization.

The webinar was moderated by Mrs. Louisa Olaniyi, a television broadcaster from RAVE television.