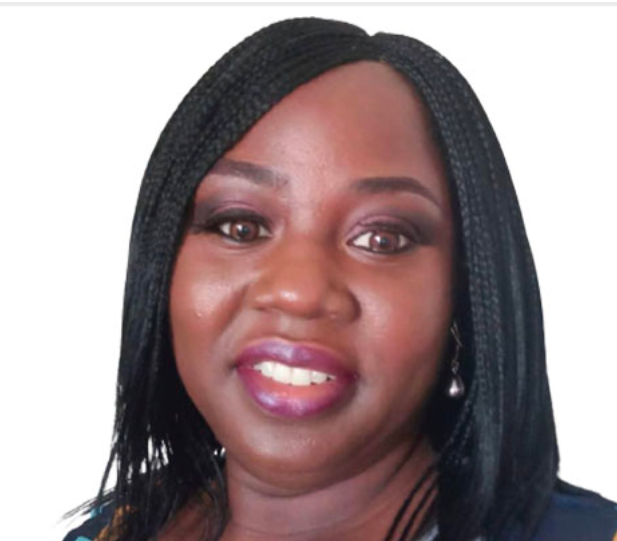 Miscarriage is the most common reason for losing a baby during pregnancy, according to the World Health Organisation.

Suffering a miscarriage or stillbirth is often a difficult, traumatic, and lonely experience, according to women who have gone through it, as also corroborated by physicians.

However, not getting the needed support and care from loved ones and family members can worsen the experience, they said.

Martha Hwande, 40, had suffered two pregnancy losses — a stillbirth and a miscarriage —and she said those experiences remain unforgettable even after she now has three children.

When Martha, pictured above, got married in 2005, she became pregnant immediately. Unfortunately, she had a stillbirth.

She went into labour and was rushed to the hospital and after prolonged labour, her dead baby was pulled out.

“I had pre-eclampsia, though I was being managed. I was told I would be fine and I was on bed rest. At the onset of labour, I couldn’t do much. Everything just happened within the blink of an eye.

‘I do not know where my daughter was buried’

Though her husband was very supportive, she said,

“I wish I had more comfort, especially within my newly married home. I felt isolated like I didn’t have a right to be sad because it was never a baby.

“But, it’s a lot of trauma. I do not know where my daughter was buried. I can only remember my husband bringing a priest to pray and anoint me.

“Watching my husband’s face, you will see a young man who wished to see a live baby, only to be given a dead one.”

Up till now, five years after the miscarriage, she still wonders how her daughter would have looked like. She said she really couldn’t explain what led to the miscarriage.

“Earlier on, I had malaria, which was treated. One night, during my 22nd week in pregnancy, I woke up to pee, but somehow, I used the bathtub instead of the toilet and as I bent down, everything came down instead of pee.

“It was like a flash and before I knew it, the second urge came and that was it. Then, my baby was expelled at the hospital,”

The experiences, she said, left her obsessed about her baby’s health in future pregnancies.

She said she did not get the support she needed from the larger family, noting that women who have suffered from miscarriage or stillbirth should receive support and care to heal from such traumatic experiences. Martha stated:

“Women should be given the comfort they need; they should be allowed to breathe and be given a listening ear to let them heal and come out of such traumatic experience because, for some, they may not have an opportunity to have children again.

“Even those who have children after such experience, don’t forget.”

She, however, says talking about her experiences has helped her to heal.

“Talking really heals. It makes you forget it and helps you to pull through. For women who had experienced such, I advise that they should not be stopped from talking; allow them to grieve.

“If I didn’t have an opportunity to keep talking and have the comfort of my husband, I don’t think I will openly talk about it.

“So, when you talk, it’s like you’re sharing another woman’s pain and they’ll begin to ease up and say they’re not the only one going through this,”

‘Experiencing repeated miscarriages can be cruel’

Just like Martha, Doshima had her fair share of pains after suffering two miscarriages. The first miscarriage.

She said her four live births were no replacement for the two miscarriages. She feels them viscerally. She described the spotting, the blood loss, the intense pain, as traumatising.

“No one can understand the pain you are going through at that moment. The first loss was in the first trimester. I just started having waist pain, I went to the hospital and I was placed on bed rest.

“I was on medication but before I knew it, I began to bleed until something very thick came out. The amount of blood loss was scary and it was uncontrollable. I don’t know the cause,”

SEE ALSO: 10 Ways To Heal Your Body & Mind After A Miscarriage & Get Pregnant Again -Expert

Two years after, she miscarried again in her 24th week of pregnancy.

“Nothing was disturbing me, I was well. But, suddenly, I started having waist pain and I saw white substances coming out of my body.

“Only for me to go to the toilet, and a big thing just came out of my body. It was a human being because I can see the head; it was like a lizard,”

Even though she got support from her friends and family to help her heal through the pain, she believes so many women are still not getting the support they should have.

‘It’s Okay To Let A Woman Go If You Can’t Give Her What She Wants’ -Journalist, David Hundeyin Advises Fellow Men As He Shares His Story

“Sometimes, their pains are readily dismissed, which is not meant to be. But when women are encouraged and supported, they can go through it and heal,”

She encouraged women to be optimistic and be hopeful and speak with doctors who will know the circumstances surrounding each occurrence.

Martha and Doshima are not alone. Nearly two million babies are stillborn yearly, according to WHO.

“Estimates vary, although March of Dimes, an organisation that works on maternal and child health, indicates a miscarriage rate of 10-15 percent in women who knew they were pregnant.

“Pregnancy loss is defined differently around the world, but in general a baby who dies before 28 weeks of pregnancy is referred to as a miscarriage, and babies who die at or after 28 weeks are stillbirths,”

According to the global body, every year, nearly 2 million babies are stillborn, and many of these deaths are preventable.

“However, miscarriages and stillbirths are not systematically recorded, even in developed countries, suggesting that the numbers could be even higher,”

READ ALSO: Miscarriage: Causes, Signs, And What To Expect After

A clinical psychologist at the Federal Neuro-Psychiatric Hospital Yaba, Olawunmi Oluwatosin, said women may mourn the loss of pregnancy for much longer than expected, even after the birth of a healthy child.

If the woman’s mourning is not addressed, the psychologist said, she can go on to carry the burden of a miscarriage into her next pregnancy.

“The quality of support a woman gets from the spouse and the family members matters. She needs psychosocial support and the environment needs to give her a positive enhancement. If the woman is not supported, she will continue to nurse the grief,”

The psychologist encourages women who are suffering from the loss of a baby or who had experienced miscarriage to seek help from professionals.