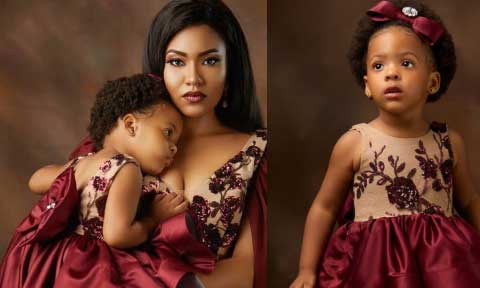 Mixed Reactions Trail Comedian And Dad, Crazeclown’s Unique Twitter Post: ‘If Your Brother Is Married With Kids And Still…. Respect His Wife’

Ex-Beauty Queen and singer, Flavour‘s baby mama, Anna Banner has shared an insight into some of the struggles/challenges she has so far faced in life.

Opening up in a series of post on her Instagram page, the single mom-of-one detailed her struggle with depression and was once suicidal at some point in her life after having a baby at age 20.

She further disclosed that she lost her self confidence, was ashamed of her body and also ashamed of some of the decisions she made as an unmarried young lady.

The beautiful mother of one said she was always sad but she had to cover up her pain with smiles. According to her, she was advised to fake it till she makes it.

According to her, people see celebrities like they have their lives together but no one seems to notice that they also have their own struggles. Anna stated that their posts on social media can be deceiving as they do not show the truth about the state of things.

Anna also noted that for 6 years she has had bad birthday experiences, but added that this year will be a reminder of all she’s been able to pull through.

READ ALSO: Facts You Need To Know About Depression As Five Brave Women Clamp Down On It

See her posts below;

“For almost 6 years now, I have had sad birthday experiences…it was pretty frustrating but I was advised to always wear a smile to cover up the pain and sadness.

We don’t have it all figured out. I was suicidal at some point in my life, I never knew depression was real until I experienced it. It wasn’t pretty at all. I was ashamed of my body, some decisions I made, I lost my self confidence, I literally lost myself, I screamed silently for help but no one but God could hear me!

And yes we post beautiful pictures just to feel good sometimes. We post family perfect pictures to but we struggle to sleep at night! Behind the social media doors…I had a beautiful baby girl at 20 (unmarried, young and a school drop out) and 5 years later, I am a graduate.

I thought about quitting school so many times….trust me I didn’t care anymore, it was too much for me to handle. mentally I was exhausted, at some point my daughter couldn’t recognise me, she called her GRANDMA MUMMY INSTEAD, I WAS SHATTERED… 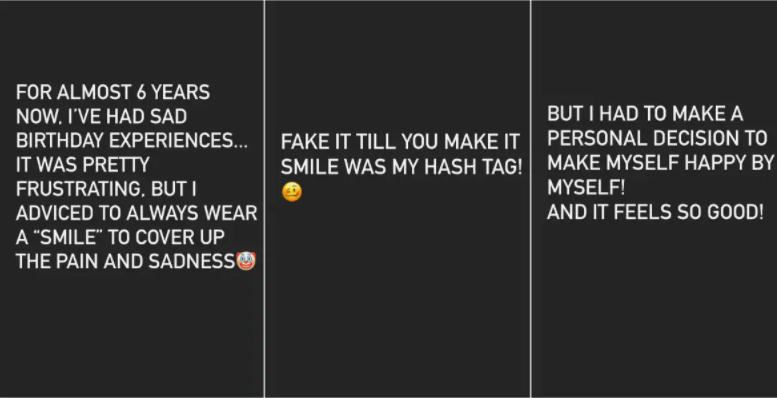 ALSO READ: From Drug Abuse To Depression, See How This Former Drop Out Overcame Her Challenges To Become A Graduate 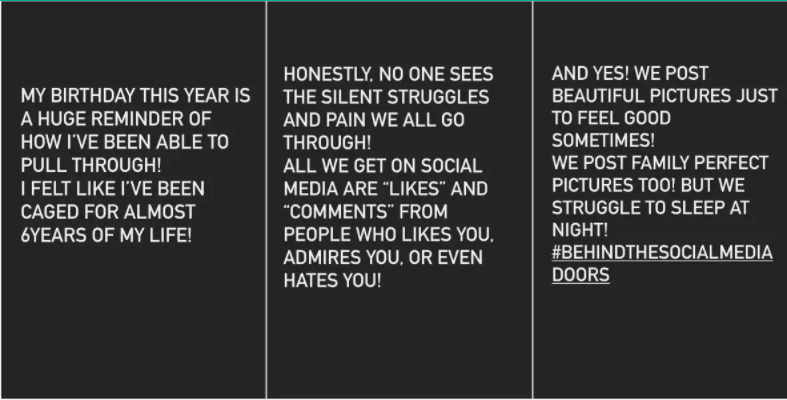 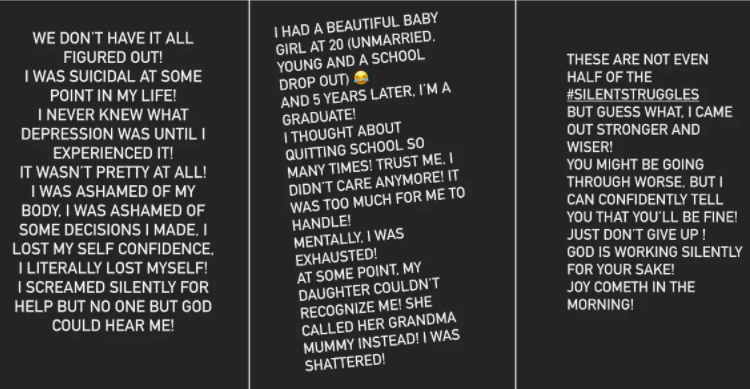