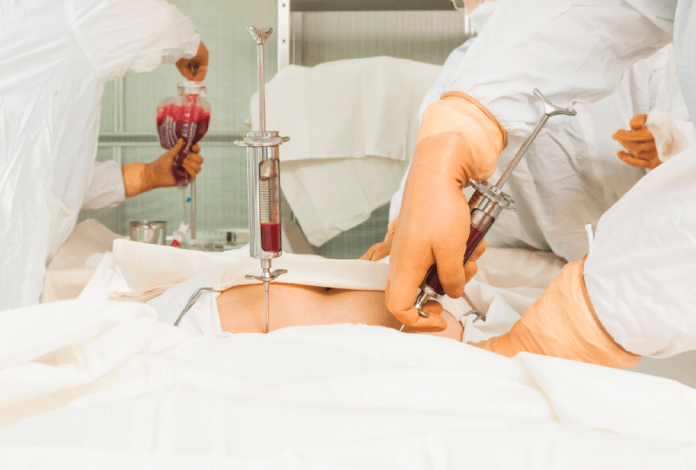 Specialists have shared positive news on the life expectancy, survival rate, and quality of life after a bone marrow transplant.

According to the experts, more accurate genetic matching with donors, following up transplantation with an antibiotic regimen to control infections, and improved post-transplant care contribute to the survival rate.

Patients with cancer, sickle cell disorder, and other diseases of the blood and bone marrow, which is responsible for manufacturing blood cells, may require a bone marrow transplant from a healthy, genetically compatible donor.

A bone marrow transplant is a medical procedure done to replace bone marrow that has been damaged or destroyed by disease, infection, or chemotherapy. This procedure involves transplanting blood stem cells, which travel to the bone marrow where they produce new blood cells and promote the growth of new marrow.

Head of Haematology and Blood Transfusion at the Lagos University Teaching Hospital, Idi-Araba, Prof. Sulaimon Akanmu, says the survival rate after a bone marrow transplantation has improved, unlike in the previous years. Akanmu said the survival rate is as high as between 75 and 80 percent.

At six months old, Nathan was diagnosed with sickle cell disorder, an inherited red blood cell disorder that affects hemoglobin, the protein that carries oxygen through the body. Before he was diagnosed, he had a swelling in his hands, which prompted his mother, Deola to take him to the hospital.

When Nathan turned two in 2018, the parents whose genotype is AS decided to take him to India for a bone marrow transplant, as his mother was confirmed as his half-match donor.

“We went through various counselling and we were there for three months before he had the transplant because they had to go through the first stage of preparation.

They used chemotherapy to wipe out his immune system, then they took him in for radiation before the procedure. I went for half-match because I was the only donor for my son; I didn’t have a child that was a full match with him,”

READ ALSO: Expert Opinion: Why Sickle Cell Carriers Can Marry Each Other

Narrating her ordeal before the transplant, Deola told PUNCH she spent at least five days in the hospital once in three months. She said:

“Before the transplant, I used to sleep in the hospital. I spent at least five days once in three months at the hospital because whenever he had crisis, we had to go to the hospital.”

Two years later, Nathan is a healthy four-year-old, with no sickle cells and no complications since the treatment. Deola added:

“He is fine now; all the crisis is history, he doesn’t even know that he had gone through that process, I have rest of mind now. His genotype has changed to AS, he has started his normal life and he is doing well.”

She advised anyone who wants to go for the transplant to be prayerful and determined. She added:

“For anybody that wants to go on this journey, you have to pray first and never be afraid. You have to make a personal decision and go at your will; the peace of mind that comes afterward is worth it. The advancement in technology the rate of survival has increased.”

According to him, other factors that aid successful bone marrow transplant include blood product facilities and effective drugs.

“The facilities for blood products have improved greatly and our ability to reduce the infectious agents in the transfused blood product has also improved. Our ability to also give the effective drug to help stimulate the bone marrow to a quicker recovery is also available.

“Also, the complications that come from bone marrow transplant are better managed and that is why survival has improved, unlike the way it was. The survival rate is as high as 75-80 percent; before now, it was as low as 20-30 percent,”

The don said a patient needing a bone marrow transfer lives in uncertainty until the procedure is performed. He added:

“The life they live before the transplant is a life of uncertainty but after the transplant, you know that what is going to be the cause of your death has been removed, you are now only managing the complications of the procedure and they will continue to take immunosuppressive agent for some months.”

READ ALSO: Meet Samira Sanusi, The Woman Who Was Cured Of Sickle Cell Disease As She Opens Up On Her Journey So Far

Speaking in the same vein, Professor of Radiation Medicine at the College of Medicine, University of Nigeria, Nsukka, Ifeoma Okoye, said bone marrow transplant is recommended for people who don’t have any other choice if the bone marrow is not functioning well.

“It can give a chance to live for life, so it’s worth it, she said. Okoye, however, said the survival rate of patients after a bone marrow transplant depends on each individual “It’s individualistic. You can survive forever, the outcome can be just like the same.

“The complications that may arise is rejection. If after the transplant, you suffer rejection, when you are given a transplant or bringing something that doesn’t completely match exactly, it’s going to be difficult having perfect matches so you do the transplant and manage the rejection, if there is any,”