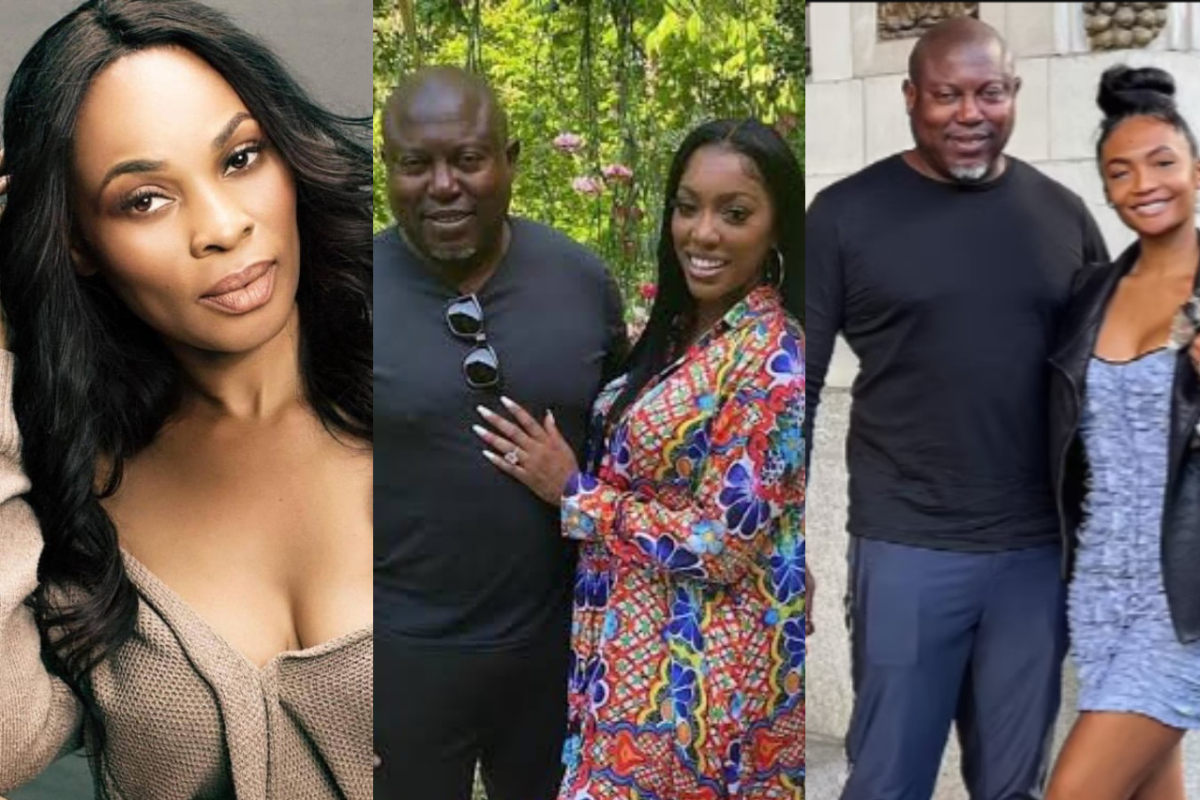 Settling Quarrels On Time: The Dadas Share Rare Insights From Their 26 Years In Marriage

In less than a month after Simon announced split from estranged wife, Falynn he has caused another wave as he has gotten engaged to the co-star of his estranged wife.

According to Georgina, the decision of Porsha Williams to date and get engaged to her friends hubby does not sit well with her as she blasted her.

The divorced mom called Porsha “trash”, “shameless” and other names. She went further to call Simon, who is of Nigerian decent, “our agbero brother” and told Porsha she was “disgusting on every level ” to be dating her “friend’s husband”.

“If trash or oloriburuku was a person it will be this thing sitting with her friend/costar husband.

This is disgusting ? ??? on every level.
Your friend’s husband. This Nigerian dude is not even divorced from his second wife @falynnguobadia and aunty @porsha4real who was suppose to be her friend she invited to her home, is now claiming ownership and happily ever after just after one month of dating her friend’s husband.

I don’t know when we women will learn.
What goes around always comes around.
Even though @porsha4real didn’t end her friend’s marriage or steal her friend’s husband, because I believe you can’t steal a full grown man except he has wandering eyes.. girl you couldn’t even wait for your friend’s divorce to be over? ?????.
.
I almost found myself in such a similar situation a few years backs, but the ability to say No and to see wrong should be the guiding principle. A man might like you for your kindness or beauty or whatever but it’s not a license to break his home or get involved because of vanity.
Learn to say NO and walk away ladies.
.
Ladies be careful who you bring around your home and family.
This right here breaks every girl code.
Wrong, wrong wrong wrong ???.
This our Nigerian uncle/brother Simon @iamsimonguobadia

Iyore you no even wait self to begin nack or shag your wife friend.. Na wa for you oo. You no just get shame at all with your Agbero face.

It seems women of nowadays are brazenly wicked. They steal with pride. Some can’t even close their damn legs for 5 minutes.
We were still talking about @jlo hopping from one man to another in split seconds, aunty Porsha just come carry her own come.
Dem swear give una with man ????

Two years from now, una go start the crying tour of I thought he was this or he was that.
Tufiakwa.
I usually don’t comment on American pop culture because it stinks to the highest level but this right here is a low ??.”