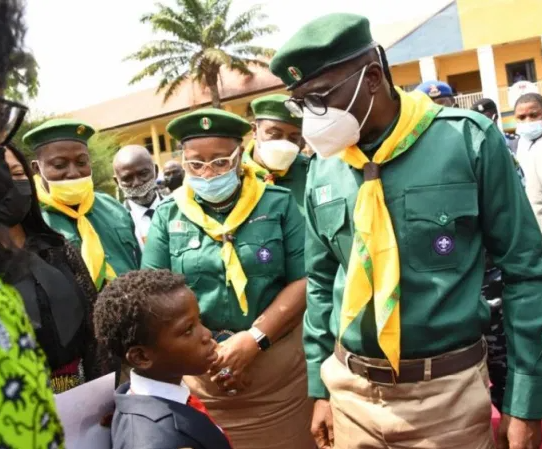 “We Have Lost Wife Materials” -Nigerian Man, @YTafiya_Jnr Declares After His Wife Got Him Arrested For Doing This

The Lagos State Governor, Mr Babajide Sanwo-Olu, has said the parents of children convicted of cultism will also be punished.

The governor stated this while addressing pupils and students on Thursday May 27, during the Children’s Day celebration at the Police College, Ikeja.

According to Sanwo-Olu, who was represented by his deputy, Dr. Obafemi Hamzat, a new law had been signed to fight cultism and it includes punishment for parents of wards convicted of cultism

Speaking on behalf of the Lagos State Governor, Dr. Hamzat stated that parents must be alive to their responsibilities by paying attention to the moral upbringing of their children. In his words:

READ ALSO: Police Spokesperson, Haruna Mohammed, Lists 7 Early Signs To Watch Out For To Know If A Child Is Engaged In Cultism

“The new law against cultism prescribes punitive measures for parents of young people convicted of cultism. Parents should be vigilant and monitor their children.

“We owe them a duty to ensure that their dreams and aspirations are realised through continuous training, guidance and mentoring.”

In her speech, the Commissioner for Education, Mrs Folasade Adefisayo, said the state government, through its free education policy from primary to secondary school level, had continued to commit huge resources to the upbringing of the children.