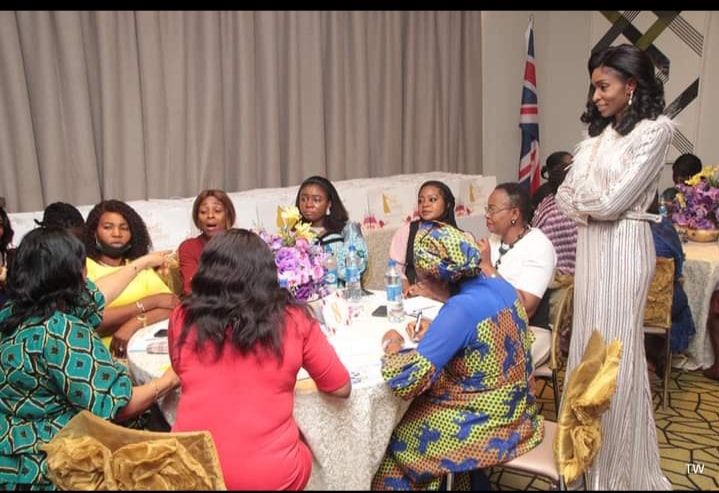 Some married women have come together to X-ray their bitter-sweet lives as pastors’ wives. One of the women, Yemi Ajiborode’s childhood idea of quiet adult life was not to be married to a pastor of any church.

For someone who grew up in a family where the father was an orthodox church Bishop, the many demands that her mother and indeed the entire family had to put up with, even when it was least convenient, always played back in her mind.

She did not want a repeat of the past and practically did all she could to avoid dating a pastor, talk more, settling down in marriage with one.

But as fate would have it, today, Yemi is married to a pastor. And though she is fast settling down into the same rigours her mother and so many other pastors’ wives experience, she still wonders how to cope with the many roles she is expected to play.

The expectations; the loneliness; her kids; the struggle to guard family time; the insecurities; the criticism (of husband and church members) and financial struggles.

How does she deal with women flocking around her husband, all in the name of seeking counsel, and the many demands of the church members, resulting in the long and constant absence of her husband from home, and many more?

To gain insight into all of these, Yemi recently attended a ‘Wives of Pastors Forum’ in Lagos. 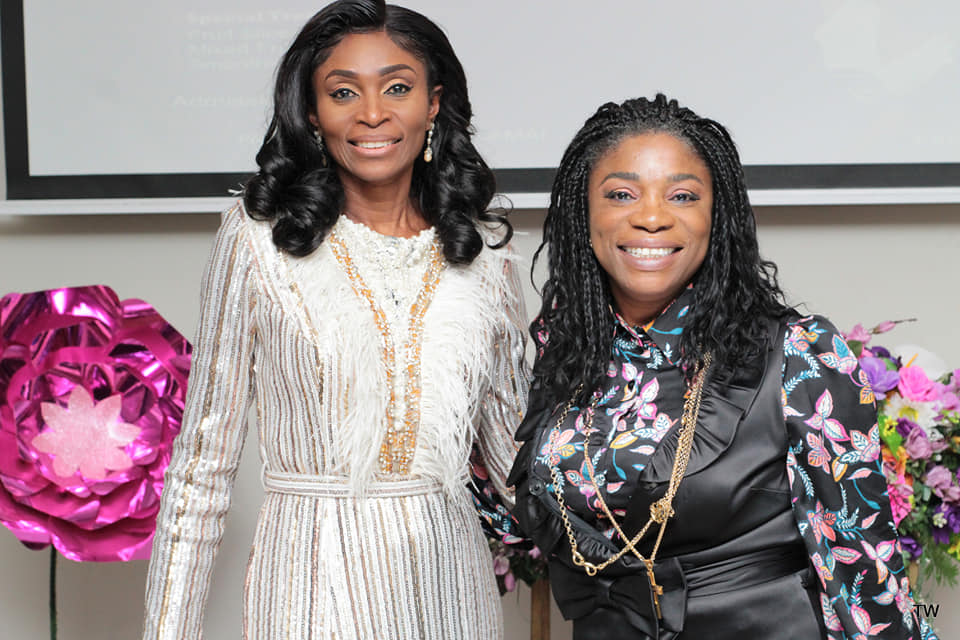 Organised by Pastor Nike Lamai Ministries, with the theme: ‘The glory and the fire’, the women gathered to fellowship with one another, talk, unburden, and heal.

The atmosphere presented attendees with the opportunity to share their bittersweet lives, experiences, their weaknesses and strengths and the dos and don’ts of the highly exalted office.

Speaking at the essence of the gathering Pastor Nike, co-pastor and wife of Pastor CMD Lamai of The Maker’s Church, Lagos, noted that the life of a pastor’s wife is an exalted position, which many people are eyeing. These people, according to her, are not far away but very much within.

She revealed that the gathering was to also pat these women on their back for a job well done and for them to know she cares. Adding that God who sees their labour will reward them.

Nike stated that chronicling their role is highly sacrificial and basically the same as any other wife in the church. And while some women knew they were going to get married to a pastor, others entered into full-time ministry years after marriage and so were not really prepared for the many demands.

According to her, there is no job description, and so she learns on the job.

Highlighting their many struggles, Nike said:

“The pastor’s wife has to expand the breadth and depth of her own support, love and honour to all the members of the congregation. Expectations from people are sometimes far-reaching, and unfortunately, she is often misunderstood and misjudged.

“She sometimes gets overwhelmed by her roles, often lives a privately-public life, and is a wounded healer.

“She is also the most vulnerable person in the building, as she is likely the person to become the victim of malicious gossip, sneaky insinuations, impossible expectations and pastoral frustrations.

“Beyond all these, the pastor’s wife also constantly has to fight for her husband’s attention because he’s also married to the church. These women also engage in fervent prayers to strengthen their husbands not to fall for ‘daughters of eve’ and evil attacks.

“And though you find many of them saying how easy it is for her to be in the role, and how grateful she is God has given this ‘position’, most of the time, still, other times, it is just hard!”

To excel as a pastor’s wife, she admonished them to see their roles as a journey as “there may be heartache deeper than you could ever imagine. And joy more abundant than you ever knew was possible.”

Also speaking at the forum, Pastor Mrs Taiwo Raji-Rich, who spoke through a live video from The Philippines, affirmed that God is not a user, but a rewarder. And whatever these women go through, they should rest assured of their rewards from Him, and they are handmaidens created for good works.

She opined that being a pastor’s wife comes with joy and sorrow. Speaking further, Raji-Rich identified four key functioning areas for the pastor’s wife to include: “domestic, spiritual/church, social/community and professional career”. 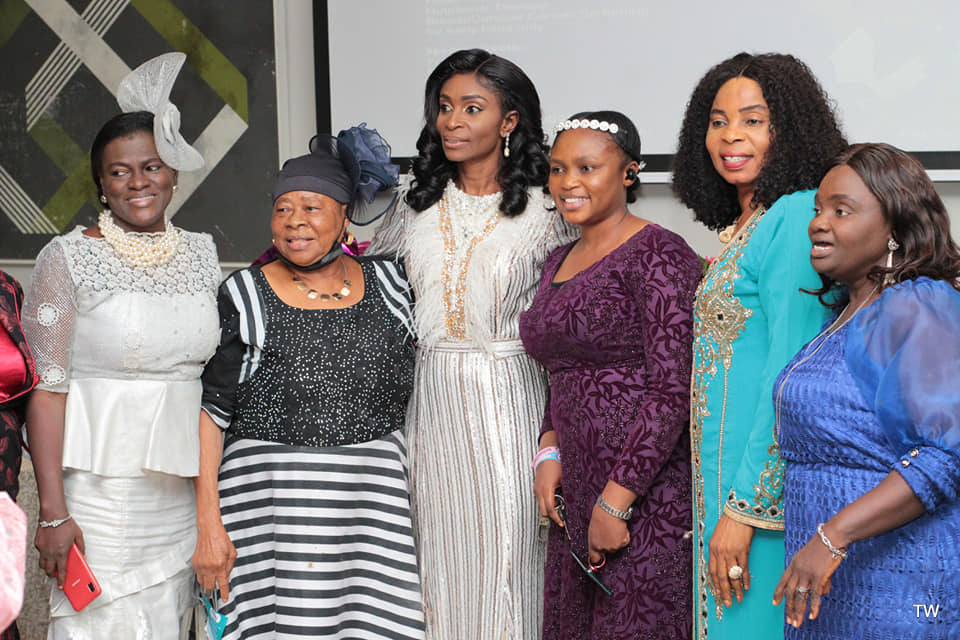 To effectively manage their roles, she urged them to amongst other things:

“Value who you are in Christ, value what you have, things won’t always be the way they are right now. God will take you to where you should be.”

“Define your own existence and find life purpose with and outside your husband, be a support system to your husband, and take your place, while being a helper,”

“Keep and maintain your home in a way that it’s a place of solace for your husband – a place he wants to get to and not avoid. And actively engage in your own purpose so your husband is not burdened by your existence, but always intrigued by it and curious about it.”

She also has these words of advice for them:

“Protect your heart from pains, hurt. Trauma and troubles in the church,

“Purify your heart daily. If you are bitter, you can’t pray,

“Identify your place in your husband’s ministry,

“Don’t look to your husband for everything, look unto God. Your husband can’t be all to you.

“You are the external Holy Ghost of your husband, be spiritually enlightened, be sensitive to God.

“Be educated. Get busy doing something.

“Know your gifts and where you might best serve and then set boundaries to stay in your lane no matter the expectations.”

Raji-Rich also stressed the importance of self-care. She stated:

“Enjoy yourself as a pastor’s wife. Have me-time. Learn to practice self-care. Understand the limits of your body. Prioritise silence and rest.”

Above all, she emphasized that prayer is the core of their victorious living, a source of strength and resolve. She likened a non-praying pastor’s wife to be alive without breathing.

“You must be resilient. You have to be able to bounce back from disappointment and recover from the offence. You can’t be burdened with hurt feelings or disappointment. Your Kingdom’s work is far too important for that!

So, ask God to strengthen you in your inner man. Then also pray for a forgiving heart. Ask God to give insight into what lies beneath the surfaces of life and discernment spirit. Sometimes, men don’t see the whole of things,”

SEE ALSO: Georgina Onuoha Comes Down Hard On Clergyman, Mike Bamiloye Over His Admonishment To Single And Married Women On Feminism 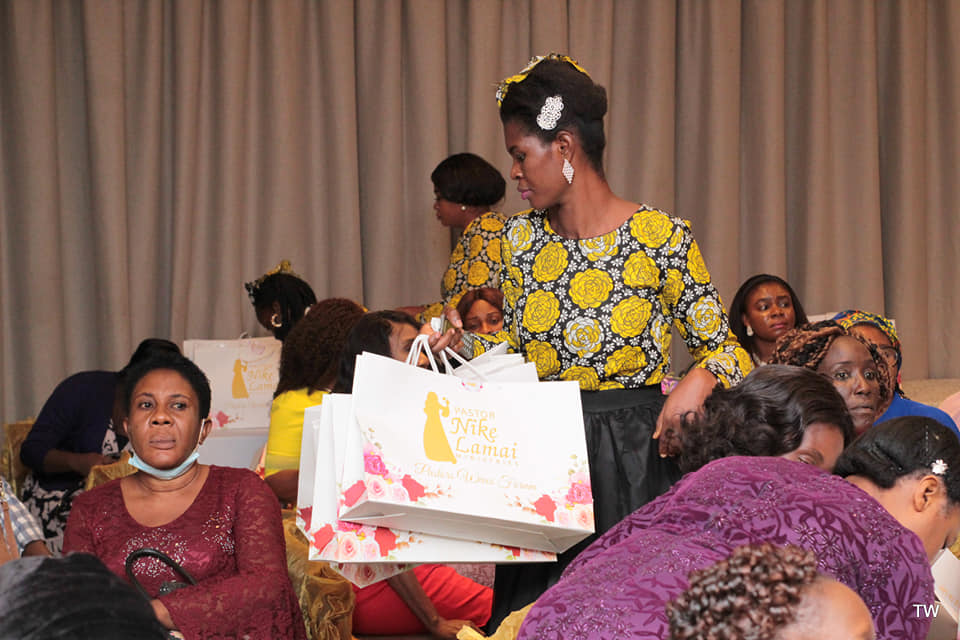 The women were later broken into groups to share, discuss and offer solutions to real-life issues that affect them in the area of domestic violence, verbal and emotional abuse; sex and finance, dishonesty and lies, external influences/church/family/friends and infidelity, in the lives of the pastor and pastor Mrs.

Another highlight of the event was the health talk by Ebere Allison from the Optical Cancer Care Foundation, who spoke on the need for these women to pay adequate attention and care of themselves to be able to take care of their husbands, children and church members effectively.

She identified the common cancers that affect women as breast and cervical cancer, adding that a large number of deaths could be avoided by increasing breast, cervical screening.

She admonished the women to be self-aware of their bodies by checking for lumps in the breasts, every month after their period, going for a mammogram screening, pap tests, and also cervical screening.