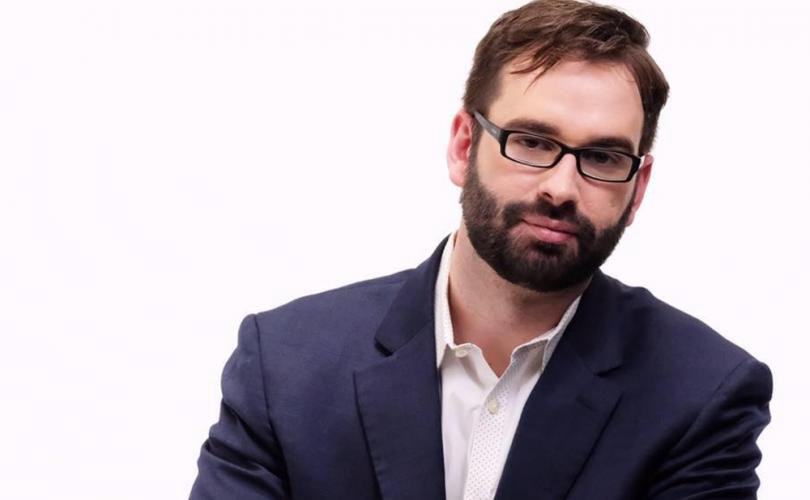 If you have children, at some point you will have to answer the questions: Will they have cell phones? At what age? What kind of parental controls or restrictions will we use? (Or, you have already had to answer these questions!)

An American Philanthropist, Matt Walsh has advised parent to stop giving their kids phones at a Young age.

According to the dad-of-three, his children will not have smart phones until they are old enough to get a job and buy it themselves.

The American comedian and actor went on to tell parents that they if truly love their children and care for their well being, they wouldn’t give them a phone till they are old enough to get a job and buy it themselves.

”My kids will not have smart phones until they are old enough to get a job and buy it themselves. Literally no advantage to children younger than that having phones.

You are facilitating your child’s psychological and emotional malformation by giving them phones. Insanely stupid.

If you really think your kid “needs” a phone to get in touch with you, buy them one with no internet and limited or no texting. Giving a kid a phone with full internet access is straight up neglect. I mean there’s no excuse. What is wrong with you?

My oldest are eight. I see kids their age walking around with phones. Do their parents hate them? Why would you give an eight year old a phone with internet access if you love them and care for their well being? I really want to know. What’s your reason? Drives me crazy to see.” 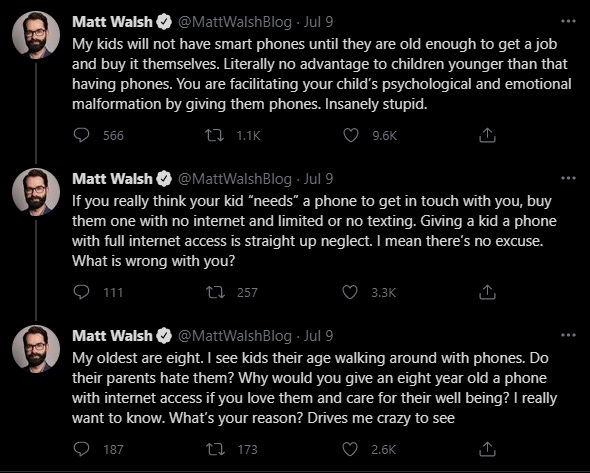