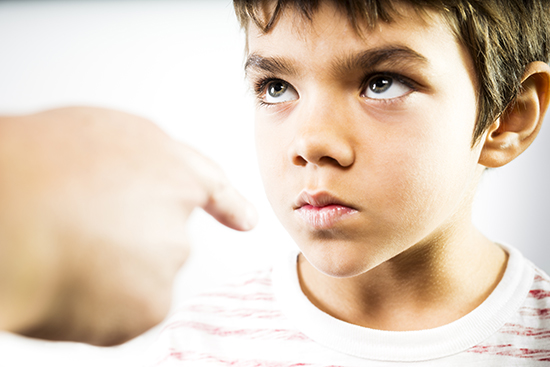 ADHD, attention deficit hyperactivity disorder, is one of the most common neurodevelopmental disorders of childhood. It is usually first diagnosed in childhood and often lasts into adulthood.

Children with ADHD may have trouble paying attention, controlling impulsive behaviors (may act without thinking about what the result will be), or be overly active.

Children with ADHD are prone to being physically abused by people and according to health experts, this is due to widespread ignorance about the condition.

The experts also urge more awareness about the health condition, noting that ADHD is now one of the commonest neurodevelopmental disorders in children globally.

According to the experts, ADHD, mainly seen in children before the age of seven, has some serious effects, noting that it affects normal development and functions of the body.

According to the United Kingdom National Health Service website, ADHD is a condition that affects people’s behaviour, making them seem restless, having trouble concentrating and acting on impulse.

Speaking with PUNCH, the experts noted that early diagnosis is necessary to effectively manage the condition.

On the symptoms of ADHD, the experts said children with the condition often find it difficult to stay in one place, adding that they also interrupt people speaking, and can’t wait their turn in line.

The specialists, however, stressed that such behaviours must have been sustained for a minimum of six months, irrespective of whether the child is in a familiar or new environment, to be classified as ADHD.

READ ALSO: 5 Tips On Helping a Child with ADHD

But the one that bothers us most is hyperactivity. You see, children, what you know them for is that they play, they sleep and they eat and if a child is not doing any of those three things properly, that could be a sign that something is wrong. If a child is overplaying then there is a problem.

Usually if a child comes into a place, usually toddlers, they are walking about picking things, and if you have such children in the home you have to keep away things that are breakable.

So, it is normal for children to be active because if they are not, you are worried; but when you find out that a child cannot just stay in one place, even when you put the child back, then they are more active than usual.”

The psychiatry professor also noted that the present age of awareness has caused some misdiagnosis of the condition.

“The problem is that when children are active these days of awareness, people try to say they have ADHD. No; it is when it is excessive. Not just at home but in school and elsewhere.”

Ohaeri added that, unlike adults that may sometimes be able to identify their health challenges, detecting ADHD in a child is the role of the parents, as children often do not have control over their behaviour.

This lack of control, he added, could further predispose the child to being physically abused at home or school. He posited that children who have ADHD are more likely to be abused because of their uncontrollable nature.

“That is what people think – that the child has control; whereas the child has no control over what is going on. The child can’t help him or herself. That is why they cannot stop.”

Ohaeri also disclosed that ADHD is more common among boys than it is among girls.

Ofovwe, on his part, remarked that such children are not necessarily prone to being abused but because of their impulsivity, they act before thinking of the consequences of their actions and therefore are at increased risk of some social problems.

Such problems, according to him, include failure at school, juvenile delinquency, substance abuse, criminality and sexual promiscuity, which actually expose them to abuse.

Ofovwe added that if they are not diagnosed and managed early, 30 per cent of children with serious hyperactivity problem grow into adulthood with symptoms of ADHD, which may affect their overall productivity.

Speaking on the management, he stated that this may involve the use of drugs and or behavioural and self-regulatory training.

Citing research findings, the child neurologist said that ADHD affects about 8 per cent of primary school-aged children in Nigeria.

“When the level of inattention and hyperactivity is inappropriately too much for the child’s age and affects normal development and function and has been present for more than six months and before the age of seven years, ADHD should be considered,”

On her part, Dr. Dahiru pointed out that such behaviours should not be confused with normal hyperactivity in children, stating that there are hyperactive children who would naturally outgrow such behaviours.