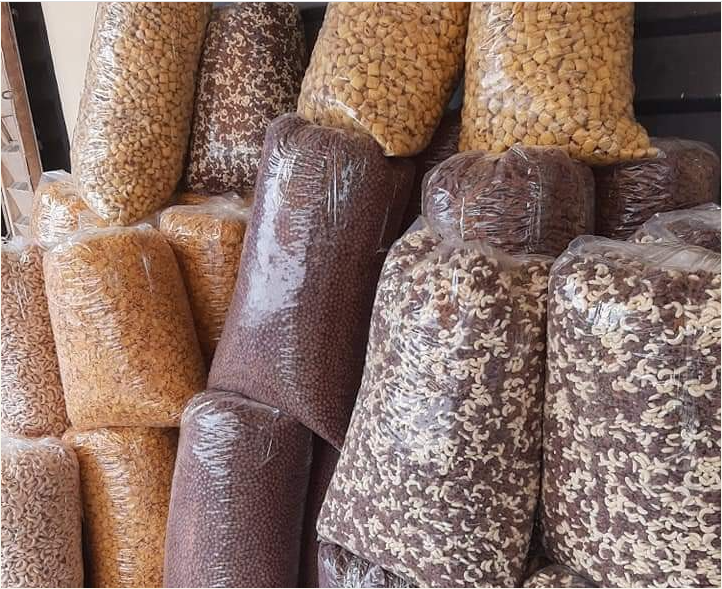 The National Agency for Food and Drug Administration and Control, NAFDAC, has warned the public against purchasing and consuming cereal or other products that have been removed from their primary packaging so as not to jeopardise their health.

NAFDAC Director-General, Prof. Mojisola Adeyeye, gave the warning during a news briefing on Friday in Lagos.

The agency boss, according to News Agency of Nigeria, said that the agency was pained because infants and children were the targets and the ultimate victims of such wicked and evil activities.

According to her, the agency is conducting raid operations with success recorded in the area of forfeiture of unwholesome processed cereals, beverages, and dairy products.

She added that this was to deal with the incidence of food fraud. She said:

“In the nationwide raid which commenced in July 2021, seven trucks conveying 4,578 cartons of various unlabelled, transparent nylon packed cereals worth over 60 million naira were confiscated by the agency.

READ ALSO: Diabetic? If You Have Bought Or Taken The ‘Insulin Tea’ In Circulation, Report To The Nearest NAFDAC Office ASAP

“The sources of these various falsely packed cereals and dairy products cannot be verified and, therefore, NAFDAC cannot guarantee the safety of the products for consumption.

“During one of our operations, a suspect declared that the CocoPops, CornFlakes and Oats being displayed for sale in transparent nylons were sourced from LAWMA waste disposal trucks before repackaging into transparent nylons.”

The DG disclosed that its officials raided two warehouses at the Trade Fair Complex in Lagos, where multiple cartons of banned drugs including 10 cartons of Tafradol (Tramadol 225mg) were found.

“It is pertinent to mention that any strength above 100mg not registered is banned due to its deleterious effects on vital organs of the body such as the central nervous system and the brain,”

She said that the banned and falsified drugs in the warehouses owned by one Chuka (Akuamia), who was at large, was estimated to be worth over three billion naira. Adeyeye said that over 20 truckloads of the offensive products were evacuated from the two locations.

She noted that the products were stored at temperatures above 40oc which ordinarily would denature some of the active ingredients and the excipients.

Adeyeye disclosed that the agency had commenced raids of markets and supermarkets to mop up unregistered NAFDAC products.

She said this was in response to credible intelligence indicating that importers were smuggling into the country unregistered regulated products ahead of the festive period.

Adeyeye disclosed that the agency had observed that some fake and counterfeit products were brought into the country through a system known as “Groupage’’, a system where more than two persons load containers with different items from the country of origin.

According to her, this system aids and abets counterfeiting, adding that contraband and unregistered regulated products are concealed and brought into the country through this arrangement.

“We solicit the cooperation of the public, corporate bodies, religious leaders, traditional rulers, health practitioners, gentlemen of the press and all stakeholders in our effort to rid the nation of fake and unwholesome products.

“The counterfeiters are not spirits, they live among us and flaunt their ill-gotten and blood money. To assist us, please report to the nearest NAFDAC office in your neighbourhood, town, or city across the country.

“Consumers are hereby enjoined to ‘shine their eyes’ when making purchases of products and should not patronise roadside and street vendors,”