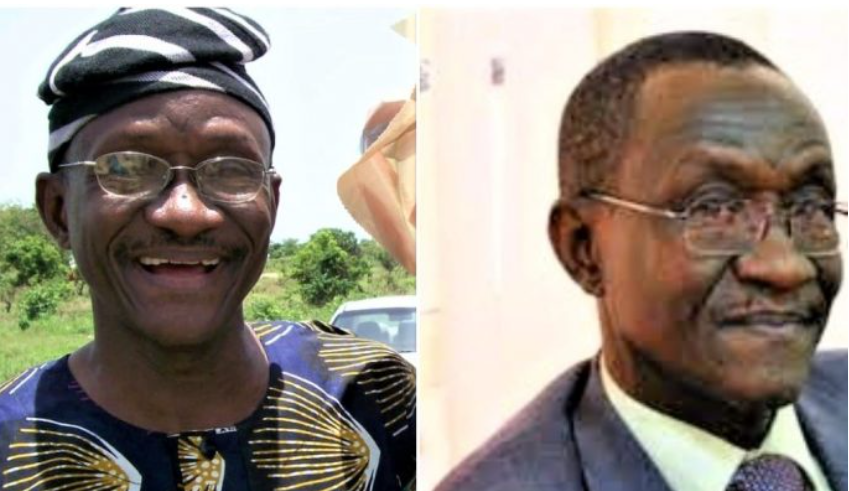 Cleric, Pastor Kingsley Okonkwo Speaks Candidly To The Singles On The Complexities Of Marriage

Getting infected with the Human Immunodeficiency Virus, HIV can be life-changing. Most people feel devastated after testing positive for the virus. Some people like Dr. Patrick Matemilola, have however managed to live positively with the virus.

Dr. Matemilola has lived with HIV for almost 30 years having been diagnosed in 1992. He, however, says he has never taken antiretroviral drugs to subdue the virus but has been able to stay healthy and maintain a CD4 count above 600.

The doctor said he has for years depended on daily intake of fruits, eating a balanced diet, living a positive lifestyle and doing regular exercise to stay healthy.

When Matemilola was diagnosed with the virus in 1992, he felt surprised but noted that it wasn’t a complete shock to him.

As a medical practitioner, he took his diagnosis in stride and has been living a healthy, happy, and fulfilling life with the virus for almost thirty years.

The 68-year-old doctor got to know his HIV status after the blood he donated to save a patient who needed blood transfusion at a clinic was screened. He told PUNCH HealthWise:

“I was an Army officer but I was involved in administrative work. I was in the headquarters and I was in charge of training in the Nigerian Army Medical Corps.

“So, I was called one evening that a patient needed blood transfusion at a private clinic and I donated my blood but they have to screen the blood. Hours later, I was called back that my blood tested positive for HIV.

“I went back and I confirmed it. I have been living with the virus since then and there has been no problem.”

Matemilola was a former National Coordinator, Network of People Living with HIV/AIDS in Nigeria and has contributed immensely, to HIV mitigation interventions both nationally and internationally. He works currently as the Oyo State Manager with Defence Health Maintenance Limited.

He said telling others about his status has helped him live above stigmatisation. He further said:

“My friends know about my status, my family members know. My family took it very well and I didn’t have any problem with my children.

They are aware of my condition and they are all HIV-negative and we have been living very well with the situation. I am happy that I have been able to contribute majorly to the response of HIV/AIDS in the country.”

He added that for the past thirty years, he has never taken antiretroviral drugs to subdue the HIV virus and he has been able to maintain a CD4 count above 600. He narrated:

“I was lucky because of my medical background, and of course, I am a very religious person so I took it to God in prayers. Since 1992 up till today, though I still go for regular tests, I’ve never had any sickness associated with HIV.

I have never used antiretroviral drugs and life has been good. The drugs are very important but in the early days of the response in the late 80s and early 90s, the drugs were not given to everybody.

Then, when you test positive for HIV, they will ask you to do a CD4 count and a normal person has a CD4 ranging from 500-1500 but they insist that the CD4 count must fall to 200 before they will start you on drugs.

That was the thing that I was worried about in those days because when you test and they say your CD4 count is 600, they will tell you to go and come back for another test and it can go on and on like that.

What they were doing was watching your CD4 count until they can start you on drugs, which was wrong.”

The CD4 count is a test that measures how many CD4 cells you have in your blood. The test results help the doctor know how much damage has been done to the immune system and what’s likely to happen next if antiretroviral treatment is not initiated.

According to experts, keeping the CD4 count up with effective antiretroviral drugs can hold off symptoms and complications of HIV and help patients live longer.

The World Health Organisation says if a person’s CD4 cell count falls below 200, their immunity is severely compromised, leaving them susceptible to infections and death. WHO said:

“Someone with a CD4 count below 200 is described as having an advanced HIV disease (AHD). HIV viral load measures the amount of virus in the blood. This test is used to monitor the level of viral replication and effectiveness of ART.

Nigeria has the third-largest infected population (2 to 3.2 million) of people living with HIV/AIDS in the world after South Africa and India, according to the National Agency for the Control of AIDS.

Explaining further, Matemilola said a positive lifestyle, regular exercise, a balanced diet, daily intake of fruits are all beneficial for people with HIV.

“The same thing happens to the CD4 count. When it is falling, your body tends to raise it and when it is getting very high, your body knows how to balance and maintain it.

“So, if your CD4 count is falling, there are certain things you can do to help your body to maintain it. For example, your body needs protein to be able to build new cells. You also need energy.

“What we advise people is to take a very balanced diet. The diet should contain an adequate amount of protein, carbohydrates, fats, and oil, etc.

“Also, your body needs minerals and vitamins. You can take a bowl full of fruits and you also need to exercise. Those are the three major things and the body will build the CD4 count and if it does not fall below 200-250, you are not likely to have opportunistic infections and you can live your life very well.

“In 2003, my CD4 count fell to 220 and many of my friends advised me to start ART and I said if I’ve been able to live from 1992 to 2003, then I can manage myself. Just applying these types of measures I explained helped my body and my CD4 count rose to over 600 and till now, it has never fallen below that.

“It is good to know your HIV status early while you are still healthy and can access many available services and not wait until AIDS develops before seeking help,”

“Taking antiretroviral medication regularly and as directed reduces viral load, thus decreasing the risk of transmitting HIV to others.

“The patient should be taking his medication regularly and he must be going to the clinic to monitor his CD4 count and if any change is noticed, they can change the drugs.

“The patient has to eat well by eating fruits and vegetables. He has to eat foods low in calories and as much as possible, do the things that will not cause the spread of the disease.”

The haematologist also urged the government to create more accessible clinics for persons living with HIV/AIDS.

“A lot of people don’t want to come to those centres because it’s too public. That’s the major thing pushing people back. They are worried about stigma.

“They should make it possible for patients to collect their drugs where they are treated,”