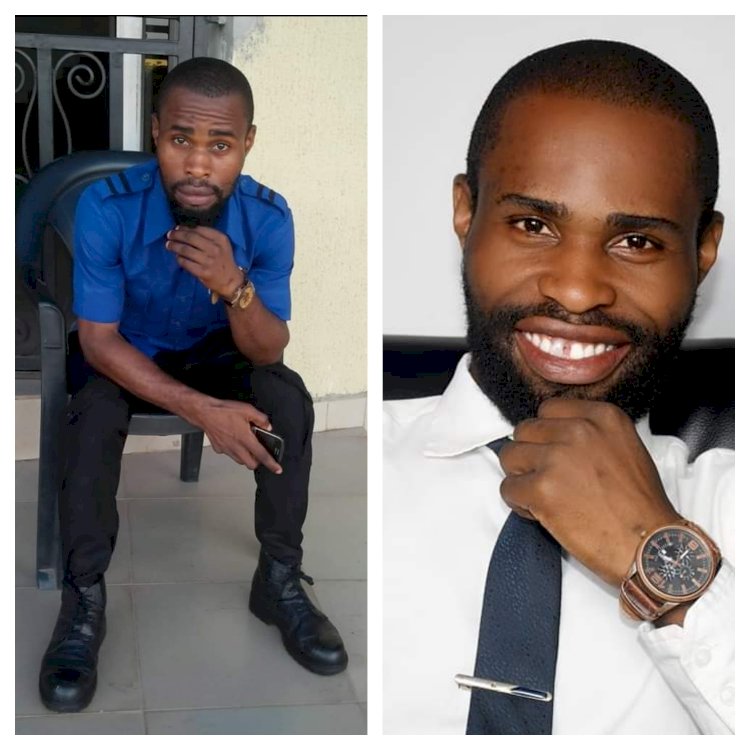 A Nigerian man has narrated how the widow of his late friend found out years after his death that he had a house secretly built without her knowing.

Israel Obinna Ugwu, who once shared on social media how he trained himself in the University while working as a security guard, said the house his late friend built from 2015-2017 in Delta state, had four flats in it. He rented one out and reportedly kept one for him and his side chics.

The Facebook user further revealed that after his friend collected the first rent in 2017, he died in motor accident without anyone knowing about the property.

Ugwu disclosed that from 2018 to 2021, the tenants were living in an apartment worth over 300k without paying rent. The wife got to know about the house after a fire incident almost affected the unrented flat.

“I had a friend who’s late now. He died in 2018 in a fatal motor accident leaving his wife and 4 children.

For two years, he secretly built a house without anyone knowing about it.

This house had 4 flats in it. When he completed the house, he started renting them out and kept one flat for himself.

He furnished the house and regularly went there either with an ashawo or side chick. He collected the first rent in 2017 before his death in a ghastly motor accident.

SEE ALSO: Actress, Iretiola Doyle’s Advice On What To Take Into Account When Choosing Your Next-Of-Kin Is Definitely Spot-On!

When he died, guess what? Nobody, I mean, no single soul knew he had a property! The most surprising part was, tenants who lived in that apartment couldn’t reach landlord.

Nobody ‘gree park. It was when one of the flats was on fire and it nearly entered my guy’s secret apartment that people had to dislodge the door and bring out relevant properties before it was kept under control.

Actress, Kiitan Bukola Narrates Her Traumatic Childhood Encounter With A Pedophile And How The Experience Had A Long-term Effect On Her Life

When the few properties he had inside the room were removed, house receipts and documents were found amongst them.

They started making calls. Both his plumber oh, engineer, block supplier and wife’s numbers were among them.

That was how this woman knew her late husband had a house.

Why do one keep such secret from someone they call their partner?

For me, this is wickedness oh!”