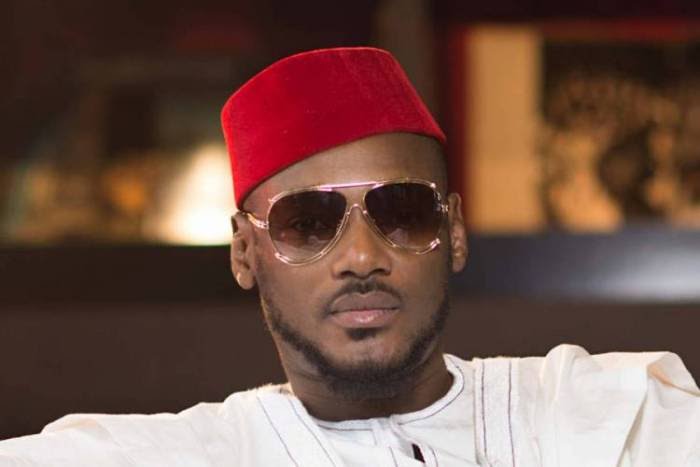 Legendary singer, 2Face Idibia has announced his retirement from getting women pregnant saying he doesn’t do that anymore because he’s now living up to his name, Innocent.

We all know 2Face to be the man of many women as some people have even named him the ‘father of all nations’ because he has seven children with three different women but the good thing is, he takes care of them and is always there for them.

The music star was performing at the Idoma International Carnival in December 2021 when he noticed some of his female fans were “scared” of shouting in excitement as he performed.

Reacting to this, 2Baba as he’s fondly called assured them that he’s not going to have anything doing with them because he has stopped impregnating women anyhow or having a child with any woman that comes his way.

According to him, he doesn’t do that anymore because he’s a changed person now.

READ ALSO: ‘Having So Many Children From Different Women At Such A Young Age Almost Sent Me Into Depression’ – 2face

In a video that has since gone viral, 2face could be seen saying:

“Oh boy! I see say some babe they fear to shout for that side, abeg make una no fear to shout, I no dey give belle like that again, I don stop. Ask anybody they will tell you I am innocent, Innocent Idibia, I no dey do that kind thing again.”

Some netizens reacting to the video said it’s a good thing he has told the world he doesn’t impregnate women anyhow again as that will give his wife, Annie Idibia some assurance.