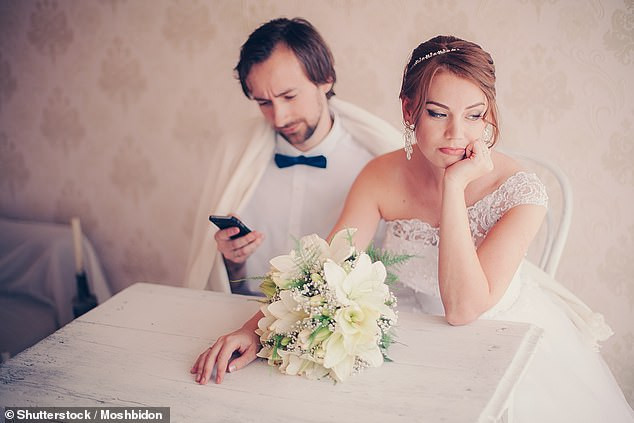 A new study has found that couples who splash the cash on their wedding are more likely to divorce than those who do cheap weddings.

The findings emerged in a survey carried out by pro-marriage think-tank the Marriage Foundation.

According to the findings, Couples who spend lots of money on their wedding day or invite just a handful of friends and family are more likely to end up divorcing as ten per cent of marriages that started with a wedding costing more than £20,000 broke down within three years – twice the overall divorce rate of five per cent in that time.

The researchers found that 34 per cent of couples who had ten or fewer guests at their wedding also ended up divorcing within a decade – again almost double the sample’s total rate.

They also found out that couples who invited plenty people to witness their big day were less likely to divorce than those with few attendees so the solution to a long marriage was having a cheap but guest filled wedding.

More guests are good for marriages because they affirm the choice to commit to one person and rule out all other choices according to the researchers.

“The data echoes previous research from the US suggesting expensive weddings can be bad for marriages because of the risk of debt.

Struggling To Find The Spouse Of Your Dreams? This Message From Popular Nigerian Pastor, Ab Isong May Help You

“Taken together, these findings deliver the clear message that marriage doesn’t have to cost the earth and couples should celebrate their special day with their friends and family where possible.”

The study included 2,000 people according to the researchers. Sara Davison, a ‘divorce coach’ who helps couples cope with relationship breakdowns, said:

“With some weddings it becomes more about having the wedding than about anything else. So the wedding day, the big dress, the beautiful country manor house, all of those things can overshadow the real reason for getting married.

Then when the wedding day is over, you’re sitting there looking across the table at the person you’ve married and you’re thinking, ‘Well the wedding day was fun but this isn’t really matching up.'”