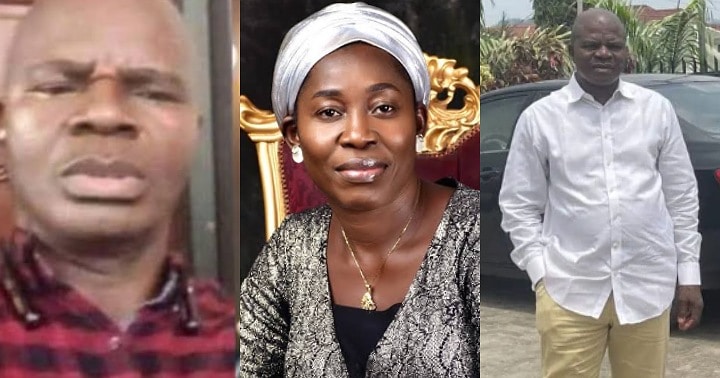 Peter Nwachukwu, the husband of Nigerian gospel musician, Osinachi Nwanchukwu, has reacted to the domestic violence allegations levelled against him by the court of public opinion.

Mr Nwachukwu, who has made headlines for days now for allegedly beating his wife to death, has denied the wife battery and assault allegations levelled against him.

Peter who share three sons and a girl with the deceased, was arrested by men of the Lugbe police division on April 10 after the brother of the late singer reported a case of suspected homicide to the police.

Per the account shared by Within Nigeria, the spokesperson of the FCT police command, DP Joseph Adeh on his part said the suspect is now in police custody. He explained he was arrested on grounds of suspected culpable homicide and that investigation into the matter is ongoing.

Speaking from police custody, Mr Nwachukwu said he never subjected his wife to physical to emotional assault as it is being bandied about in the media, insisting that the Ekwueme singer had been ill since November 2011.

According to him, he first took her to Federal Medical Center (FMC), later to Gwagwalada General hospital, and then to National hospital, where she finally died. He, however, failed to disclose the nature of her illness.

The police however assured the family and Nigerians that that they have launched comprehensive investigation into this new twist to ascertain the truth and service justice.

Meanwhile, an autopsy has now been carried out on Osinachi’s corpse to ascertain the real cause of her death. The autopsy became necessary after the late singer’s husband, alleged to have been responsible for her death, denied any wrongdoing.

While the police awaits the autopsy test results, Mr Nwachukwu has been transferred to the force headquarters in Abuja for further interrogations.

Late Osinachi was a lead singer at the Dunamis International Gospel Centre. The deceased older sister, Favour Made, alleged that her sister’s husband, Peter Nwachukwu, was responsible for her death in an interview with the Vanguard.

Mrs Made said her sister’s death was from a cluster of blood gathered in the deceased’s chest after her husband allegedly hit her with his leg on the chest.

According to the report, Osinachi fell down after the attack and was rushed to the hospital by her abuser. She went into coma and later died after 5 days.

Close friends and associates have also suggested that her violent union led to her untimely death. They also accused the ‘Ekwueme’ crooner’s husband of constantly molesting and beating her.

One of them is a Nigerian preacher called Pastor Victor Ativie who narrated an encounter he had with Osinachi and her husband, who was posing as her manager.

The clergyman recounted how Osinachi’s husband hid money paid to the singer for ministering in his church. The pastor made this known while speaking with his congregation over the weekend.

Describing the deceased’s husband as been visionless, lazy and jobless, he recounted how Late Osinachi came to Benin to minister at his church.

According to him, the singer wanted to stay till the next day but the pressure from her husband was too much.

The pastor claimed that Peter was fond of money as the way he discusses monetary matters was too carnal.

He added that after her ministration, the deceased called him to find out if he had sent any money to her and he told her that he had done so a month ago.

“The man has killed her. Man without vision. Man that is jobless. Man that is lazy. She came to Benin to minister to us. As she came, she wanted to even stay till the next day but the pressure was too much. The man, the way he discusses money with you, he is too carnal.

I know that if a preacher comes, you should bless the person but you see, I don’t like when a thing is too physical.

The way the man was discussing money will even make you hate the woman’s gift but the woman carries something that is too deep that you cannot ignore.

After they had negotiated and we have paid fully, the woman came, ministered and left. The evening after she left, she called me and said ‘Sir, did you send any love offering?’