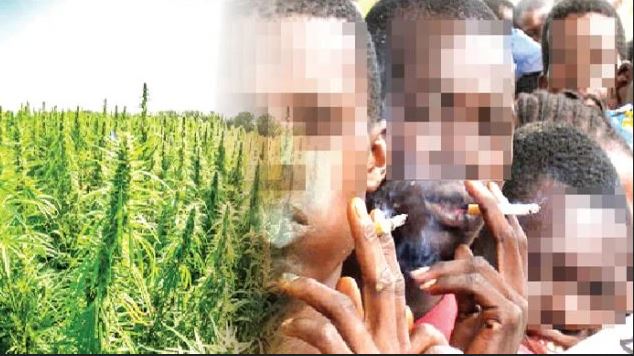 The National Drug Law Enforcement Agency, Enugu State Command, has urged parents to closely monitor the activities of their children to stem the tide of illicit drug abuse in society.

Eyiuche, who addressed the worshippers during the advocacy visit, said the appeal followed the high incidence of drug abuse and production among young people in the state.

He said that the most abused illicit drug in the state was crystal meth, popularly called ‘mkpuru mmiri’ in the Igbo language.

The NDLEA chief said that the state ranked second in illicit drug production and that it had major clandestine laboratories where crystal meth was produced in the South-East zone.

He said that three of such laboratories in Udi, Nkanu West, and Trans-Ekulu were recently busted and destroyed by operatives of the command. He said:

“We are here to address you because of the ravaging effects of crystal meth which is destroying our youths and families.”

Eyiuche said that the church had a special role to play in the war against drug abuse, adding that the vision of the agency was to have a drug-free society.

Also, the State Commander of the NDLEA, Mr. Anietie Bassey, said that the enormity of illegal drug and substance abuse in the state had made it necessary to expand their scope of sensitisation.

Bassey said that the command had, before now, concentrated its sensitisation and advocacy on urban areas of the state. He added:

“It is now very important to take the sensitisation to rural areas and the suburbs because the manufacturing and abuse of illicit drugs are endemic there. These illicit drugs and substances are produced in clandestine laboratories and we are getting intelligence.”

The state commander said that the command had been destroying such laboratories immediately after they were discovered.

Bassey called on residents of the state to volunteer useful information that would enable the command to track such clandestine laboratories with a view to destroying them and arresting the operators.